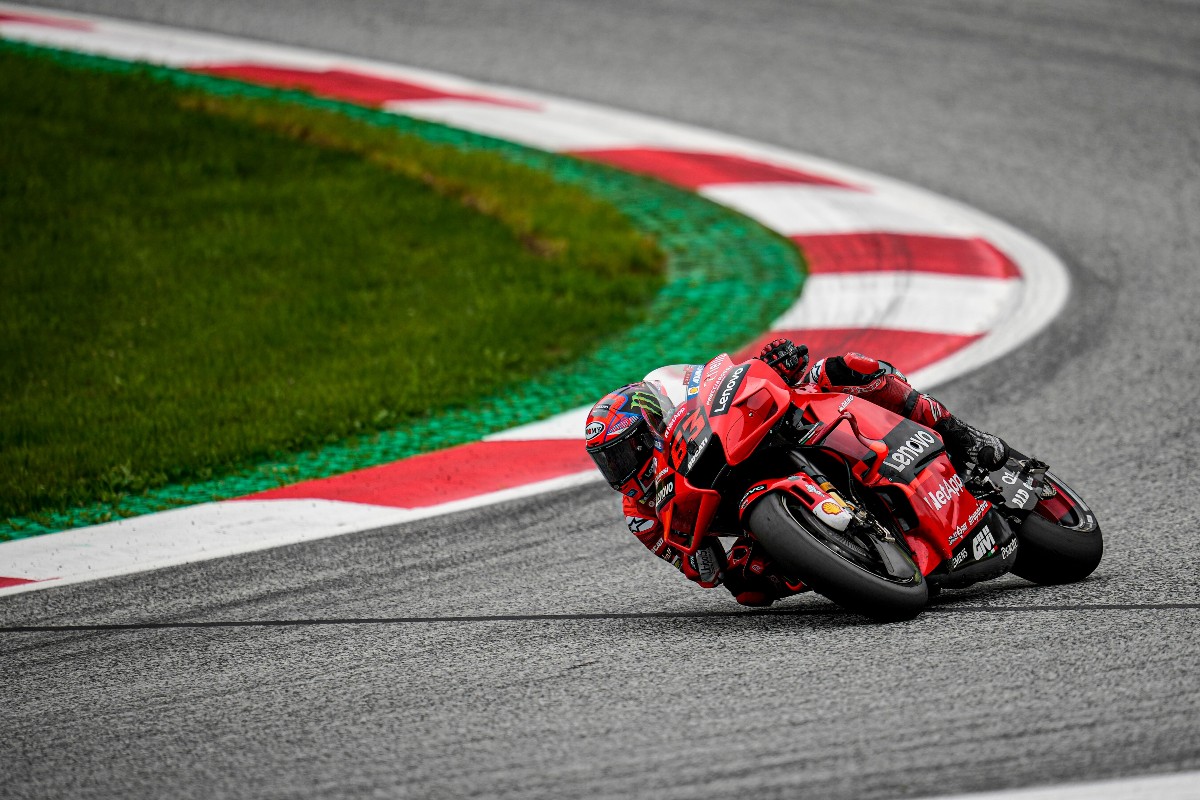 The Grand Prix of Styria, held this afternoon at the Austrian Red Bull Ring circuit near Zeltweg, had not been positive for the Ducati Lenovo Team. Bagnaia, who was starting second from the front row, had managed to take the lead almost immediately, but after a few laps, the race was interrupted due to an accident. Once the track conditions were restored, riders lined up in their original qualifying positions for a new 27-lap race. However, at the restart, Pecco was unable to find the same feeling with his Desmosedici GP. As he dropped back of the field, the Italian rider crossed the line ninth. Still, it was later relegated to eleventh place after suffering a three-second penalty for exceeding the track limits.

It was an unlucky race also for Jack Miller, who, at the restart, had managed to take the lead after just a few corners. As he was overtaken shortly afterwards by Martín, Mir and then Quartararo, the Australian rider was forced to push to catch up with the Frenchman again. Unfortunately, ten laps from the end, when he seemed to have closed the gap, Miller had a crash and was forced to retire.

However, the highest step of the podium at the Styrian GP was taken by a Ducati machine: Jorge Martín, rider of the factory-supported team Pramac Racing and yesterday’s poleman, took his first MotoGP victory in his debut year in the category.

After today’s race, Bagnaia occupies the fourth position in the overall standings, 58 points behind the leader, while Miller is fifth with 100 points. Ducati and the Ducati Lenovo Team remain in second place in the manufacturers’ championship and teams’ standings.

I’m really disappointed with how the race went today. The first start was perfect, even though I didn’t feel completely comfortable with the front tyre. Unfortunately, I didn’t have the same feeling with the rear of the bike at the restart, which prevented me from riding the same way as before. Moreover, I received a three-second penalty for not taking the long lap penalty, but I was never told in the race to do so. It’s a shame because today we really had a great chance to fight for the win. We’ll try again next week.

I had the podium within my reach today, and I lost it because of a crash. Unlike the first race, where I couldn’t get a good start, I felt much more comfortable in the second race. After Quartararo passed me, I had to push, and once I set my pace, I could catch up. Unfortunately, when I had closed in the gap from him, I lost the front suddenly. I am disappointed with myself and sorry for my team. Now we’ll try to move forward and come back stronger next week.

The Ducati Lenovo Team riders will be back on track in less than seven days, again at the Red Bull Ring, for the Austrian GP, scheduled for 13th-15th August.