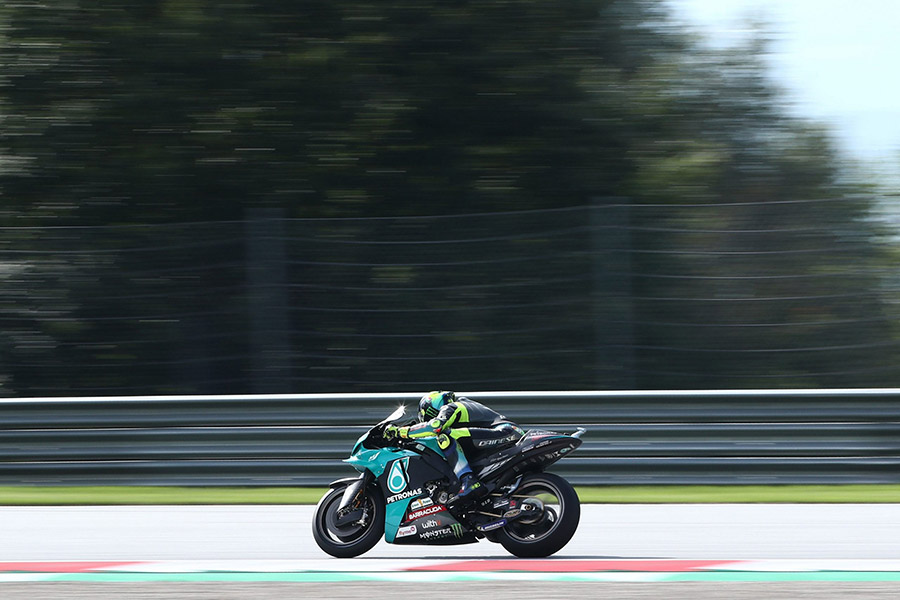 Once again, FP3 saw riders separated by the finest of margins. Rossi bided his time until the end of the session to improve his time to 1min 23.687secs. Although he was only 0.206secs shy of the top-ten, Valentino ended FP3 15th. Q1 also proved to be a tight session, where the Italian was only 0.054secs from the top of the times after his first run – 1min 23.939secs. Rossi was unable to improve this time further and ended Q1 eighth, giving him the 18th grid slot for tomorrow’s race.

With a dry track for FP3, Crutchlow was quick to improve upon his best time from yesterday’s Free Practice sessions. Continuing to reduce his lap time, the Brit ended FP3 20th with a 1min 24.193secs lap. After showing a good race pace in FP4, Cal showed further improvements in Q1 and bettered his Qualifying lap from last weekend. Crutchlow will start the AustrianGP from 20th, after posting the tenth fastest lap in Q1 – 1min 24.509secs.

I’m not happy with the position today because I think I can do better, especially as the pace in FP4 was not too bad. I was able to do this pace with all of the different tyres, which is good for tomorrow. We will need to make the right decision for the race depending on the weather and the temperature. In Qualifying the first run was not too bad, but I didn’t feel like I had the same rear grip in the second one. I was not able to improve my time and it meant that I lost some positions. I will start 18th, but I think that my potential is a bit better. I’m hoping for a dry race, as our pace is good on the used tyre, plus I’m hoping that I can fight in a group and try to get some points.

We’ve definitely made some improvements with the bike and I understand more about the package now, especially with the electronics. I’m feeling positive this weekend and more comfortable. We are struggling with engine braking at the moment, which is why I didn’t have the best Qualifying session and I know I could have been faster. We need to look at this ahead of the race but FP4 was quite good, I’m feeling more confident and I’m faster than last week. The thing is everyone is so strong and they’re all getting faster and faster. I’m looking forward to tomorrow though and let’s see how the race pans out.

#AustrianGP, cal crutchlow, Valentino Rossi
Get All Our Latest News Sent Direct To Your Inbox
Join 25,261 other subscribers.
Follow on Social Media
Get the VROOM Podcast