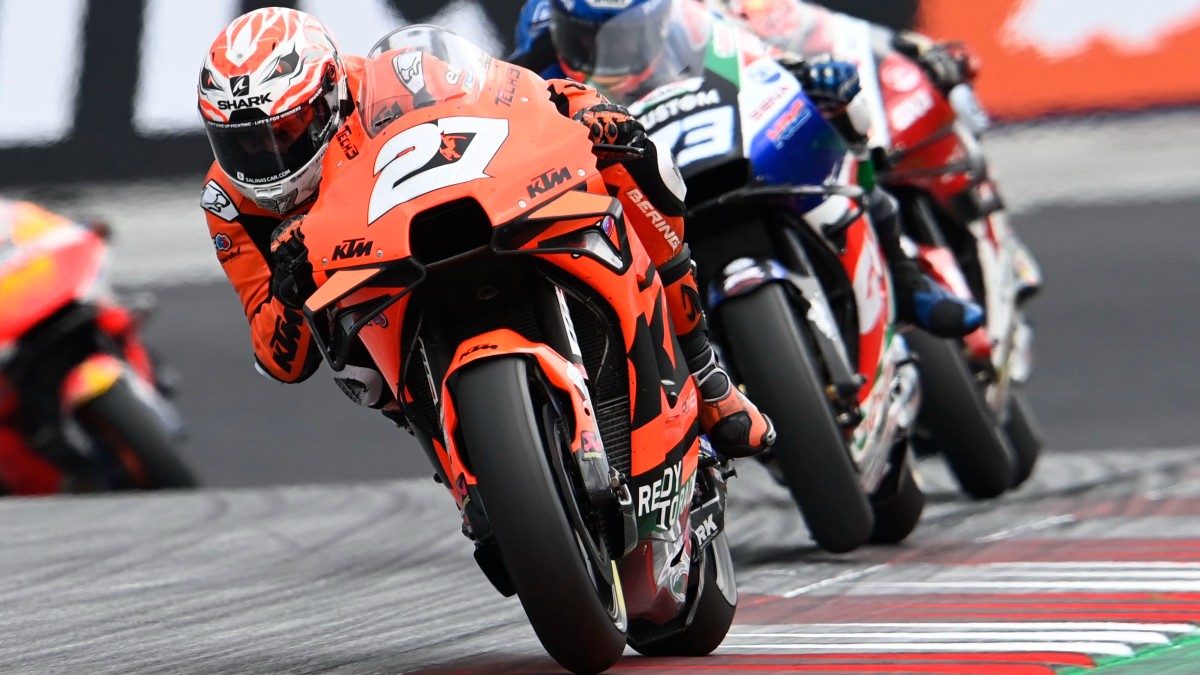 Launching the Austrian Grand Prix from 16th, Tech3 KTM Factory Racing’s Iker Lecuona had a strong start off the line to be 11th at the end of the first lap already. He kept a steady pace until it started to rain with just a few laps left. While some riders went to their garages to change to rain tyres, the Spaniard stayed outside bravely and was even fighting for the podium on the last lap. Yet, he was passed by a few contenders with rain tyres towards the end of the race, but still finished in sixth, which is his personal best result in the premier class so far.

At the same time, Danilo Petrucci struggled to get up to speed quickly, but went stronger in the course of the race. Unfortunately, he had already lost contact to the group in front of him by then and was in lonely 18th. When the rain set in over the Red Bull Ring, the Italian decided as well not to change bikes, bit his teeth and stayed on the wet track with slicks. AS a reward he eventually crossed the line in P12, which earned him four points in the championship.

Obviously, I’m really happy, as this was my best MotoGP result so far. It was a crazy race. This morning, I struggled a little bit with the bike again and also during that first part of the race. I felt the grip was dropping a lot, which helped me to decide that I stay on the track when it started to rain. The gap was very huge to recover in five laps, so I thought I have nothing to lose, I stayed on the track, had a good fight with some riders. I lost the podium in the last sector, but it wasn’t possible with the slicks. I’m very happy and want to thank my team, that always worked well again during this weekend. Also a huge thank you to all the people, who believe in me, especially to my family.

It was. Very difficult race. Especially at the beginning the bike just felt different compared to always. I had no chance to stop the bike, I was really slow and didn’t have this pace all the weekend. It was very tough for me. I’m not sure what the reason for this has been, but it was very tricky for me to be fast. Then the rain came and I just wanted to stay on the bike and try to see the flag. At least, we scored some points, but I’m quite disappointed about the first part of the race, because I was so slow on the dry and we have to understand why.

#AustrianGP
Get All Our Latest News Sent Direct To Your Inbox
Join 25,261 other subscribers.
Follow on Social Media
Get the VROOM Podcast