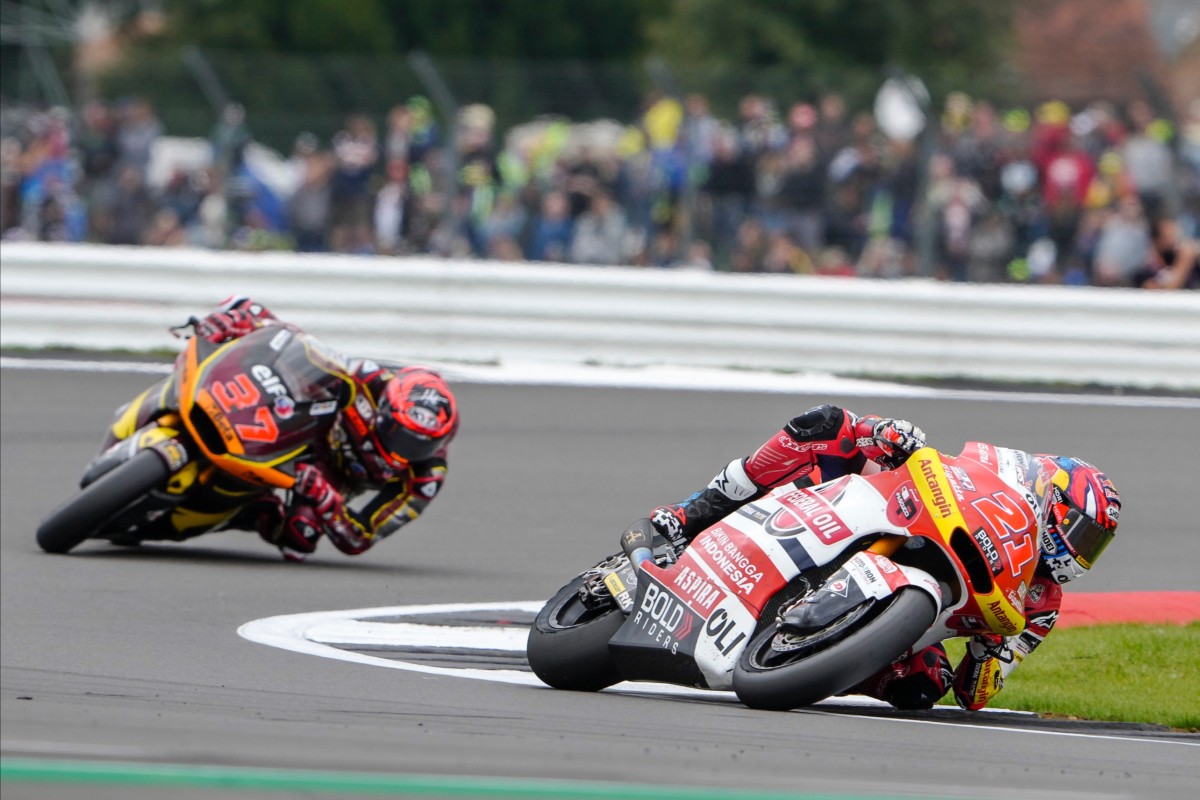 A very positive weekend draws to a close for Team Federal Oil Gresini Moto2 at Silverstone, with both riders in the top 15 and Di Giannantonio among the protagonists of the twelfth race of the season.

It was a really excellent performance for the #21 rider, whose performance was held back a little by a tyre issue in the third split which prevented him from staying in the podium battle. Despite that, his weekend was marked by constant improvements from Friday to Sunday. With today’s fifth place, Diggia is back to seventh in the standings and only one point away from Canet and Augusto Fernandez.

Two points under his belt also for Nicolò Bulega, who had a terrific start and then was able to keep a good pace throughout the race and avoid disaster when a rider crashed in front of him – something that could have ruined his Sunday.

I would rate my weekend eight out of ten: we’ve always been quick, we did well even thought it would have been nice to finish on the podium. Unfortunately we weren’t able to do that, but it was important to get back in the top five and maybe, if we raced again, I would have some more requests for the team. The rear tyre was spinning a lot in the third sector and that’s where we lost our podium chances.

It was surely a positive weekend as we were able to be consistently in the top ten. Unfortunately I struggled a bit more in the race, but the feeling with the bike is a lot better. The setting we found is surely a good one, and a good base upon which building our next events on the calendar.

#BritishGP
Get All Our Latest News Sent Direct To Your Inbox
Join 25,261 other subscribers.
Follow on Social Media
Get the VROOM Podcast