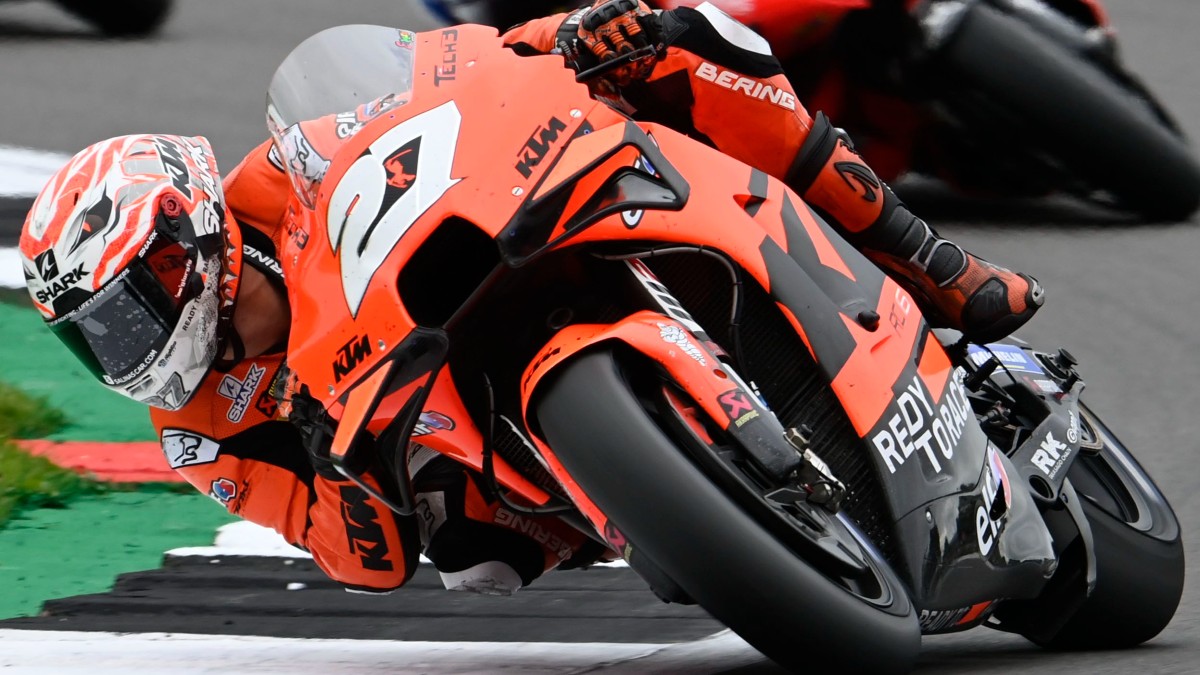 Launching the 12th round of the 2021 MotoGP World Championship from P18 on the grid Tech3 KTM Factory Racing’s Iker Lecuona had a rocket start to make up six positions already on the first lap. In the course of the race, he improved his rhythm with each lap and started to pass one rider by another until he eventually was eighth ahead of the last lap and managed to do a last minute pass to finally finish seventh, which is his second best premier class result to date.

In the meantime, Danilo Petrucci also did a strong race at the Silverstone Circuit. The Italian started from P16 and was clocked 14th by the end of the first lap. He followed his teammate, but lost a bit of contact. Yet he managed to remount and like Lecuona passed several riders. In a last lap battle, he succeeded to score a great tenth position and with it, his third top 10 this year.

I’m really, really happy! The Qualifying yesterday has been difficult for me, I did some mistakes, but I knew the pace was there. In the Warm Up this morning, I felt really strong, finishing in P5 and I knew if I can recover some places, I can fight in the front group. The start of the race was ok, although I tried to save the tyre a bit, because the conditions have been cold. Lap by lap I managed to improve my lap time and I recovered a lot. On the last lap, I overtook the last rider to finish in P7, which is my second best result in MotoGP and it happened in the dry. I want to say thanks to my team, because this weekend was very good and very strong.

It was a good top 10 result. We managed to hit the target we set yesterday. Unfortunately, I lost a lot of time in overtaking, mainly on the straights, so it was difficult for me to pass other riders. In the end, it was pretty decent. I think we could have been a little bit better, but these passes stopped me a bit. Anyway, it’s a good result. Now I really have a very good feeling on the bike, maybe Aragon will be even better with the KTM for us. We will fight for a good result there as well.

#BritishGP
Get All Our Latest News Sent Direct To Your Inbox
Join 25,261 other subscribers.
Follow on Social Media
Get the VROOM Podcast