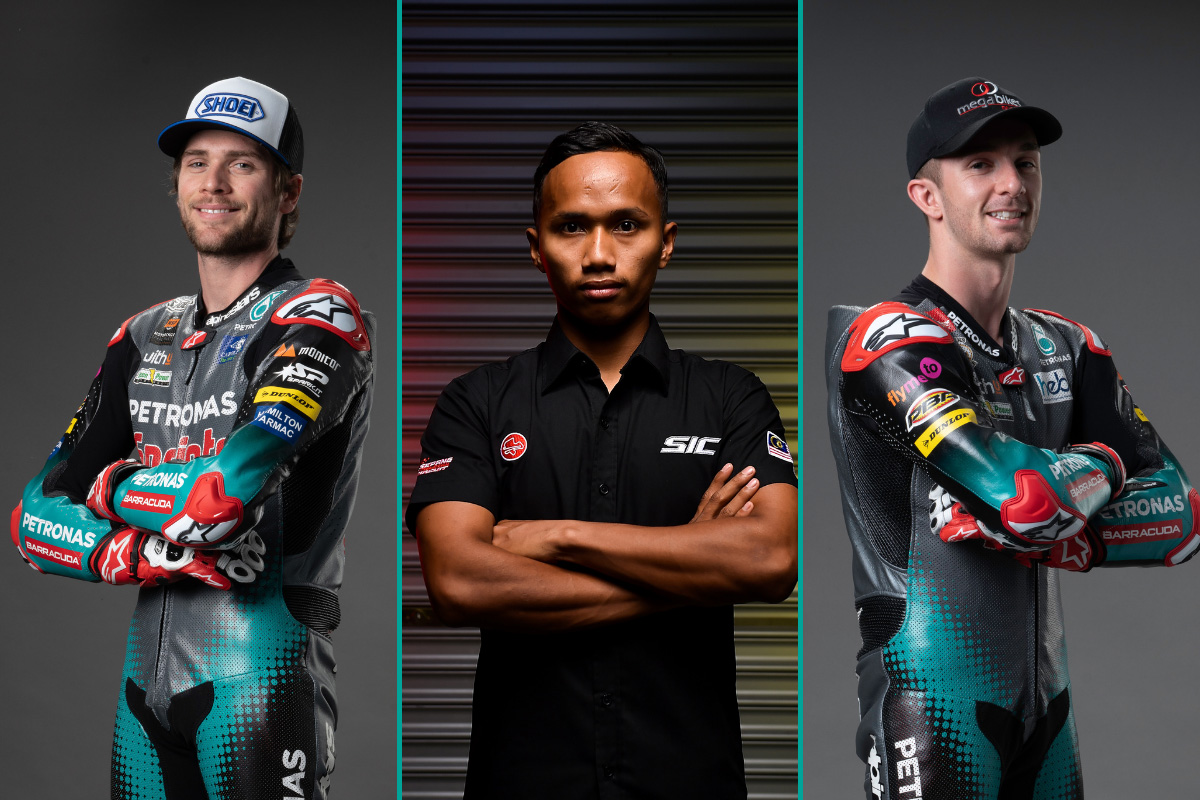 For the Grand Prix of Aragon, the next round of the FIM MotoGP World Championship, PETRONAS Sepang Racing Team will make a raft of changes to its line-ups in MotoGP, Moto2 and Moto3 to continue to give its stable of riders valuable opportunities for experience.

After a solid first outing on his Yamaha YZR-M1 in front of his home fans at the British Grand Prix, Jake Dixon will contest one more round in the MotoGP class at Aragon for PETRONAS Yamaha Sepang Racing Team alongside Valentino Rossi.

In turn, John McPhee will get his chance at graduation, stepping up inside the PETRONAS Sprinta Racing outfit from Moto3 to Moto2 to sample the Kalex machine for the first time in his career. He will ride alongside Xavi Vierge who will be taking part in his third home race of the season.

This allows the PETRONAS Sprinta Racing Moto3 squad to give an opportunity to new talent in the form of Malaysian FIM CEV talent cup rider Syarifuddin Azman (Damok). The Moto3 Junior World Championship rider and race winner has shown promise this season and this opportunity to join the Moto3 grid alongside Darryn Binder presents the perfect springboard for another aspiring Grand Prix rider to make his World Championship debut.

The Grand Prix of Aragon will get underway on Friday 10 September.

It’s a fantastic opportunity for me to try the Moto2 bike in Aragon. As with every rider, it’s their dream to progress through the categories, and I feel like I am at the level, and have the ability to make this step up to Moto2. Of course, the challenge will be extremely difficult because it’s my first time ever racing a big bike, with my only real experience being 15 laps of Barcelona in 2019 which was a ‘thank you’ from the team after my win at Le Mans. I’m really excited and motivated for the challenge and really looking forward to trying the bike. There’s no real expectation, I’m just going to enjoy it a lot and feel like if I can improve session by session and keep closing the gap with the fastest riders, then this will be a job well done. Thank you to my team for this opportunity.

#AragonGP, aragon
Get All Our Latest News Sent Direct To Your Inbox
Join 25,265 other subscribers.
Follow on Social Media
Get the VROOM Podcast