10th place finish for Masia in #AragonGP, DNF for Acosta 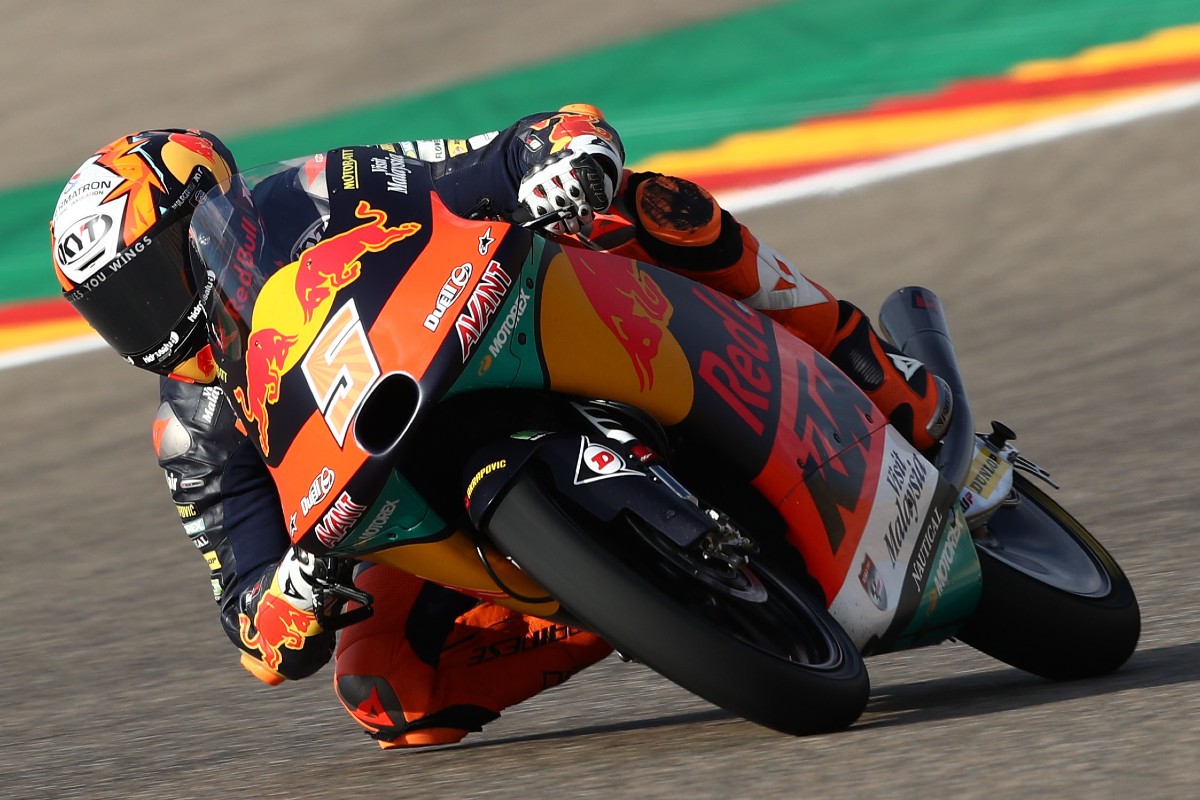 The Red Bull KTM Ajo Moto3 experienced a difficult Sunday at the Aragon Grand Prix. Jaume Masia achieved tenth place, despite suffering a crash in the warm-up that forced the team to undertake rapid repair work on his bike. Pedro Acosta crashed out with four laps remaining, when part of the leading group in five position.

Acosta, who began from the third row of the grid, once again made a good start, going from ninth to sixth on the opening lap. The Spaniard joined up with a large group of riders, and ascended to second place by Lap 4, followed by constant overtaking around him. Unfortunately, four laps before the chequered flag and riding in fifth, he fell at Turn 5 and was unable to re-join the race.

The Aragon Grand Prix began well for Masia, who got off the line strongly and subsequently latched onto the large chasing pack trying to close down the leaders. Pushing hard throughout, with various tussles for positions and several incidents for the rivals ahead of him, he eventually crossed the line in tenth place.

Acosta remains leader of the Moto3 World Championship with 201 points. Masia is 5th with 111. Red Bull KTM Ajo will be in action again next weekend at the San Marino Grand Prix, from September 17th-19th.

Today’s race was very difficult and I tried to do my best, but it was tough because there were parts of the circuit where it was hard to maintain the pace. We fought and I want to thank the team, because they repaired my bike after the crash this morning in the warm up. We will continue working to be at the front in the coming rounds.

It was a bittersweet race because it was tough for us to follow the riders on the straight, but we were in the leading group and the feeling was good – which was the important thing. After today’s contest I can only apologise to the team, because it was my mistake. Although the crash did not affect us in the World Championship standings, it was something that we did not want to happen. Now we have to focus on the next few rounds, so as not to make more mistakes like today.