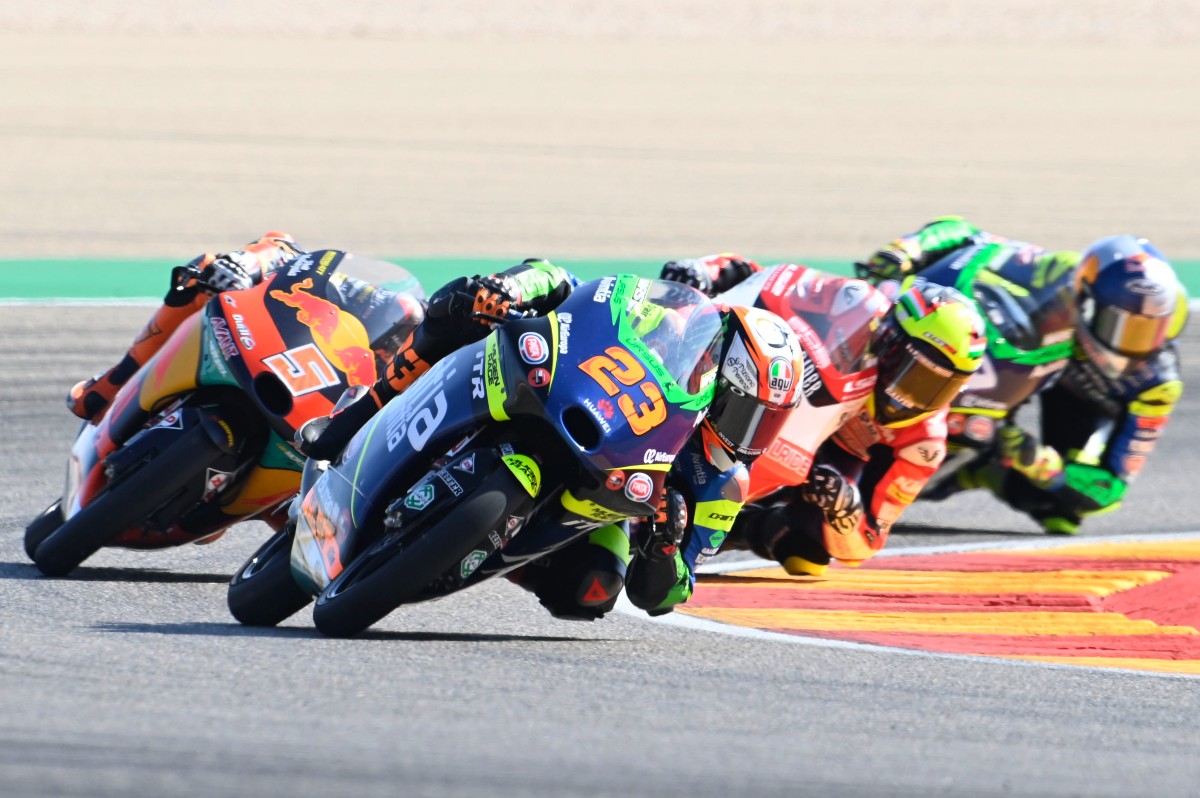 The Gran Premio Tissot de Aragón has finished for the Avintia Esponsorama Moto3 and the Avintia VR46 Academy.

Niccolò Antonelli crossed the finish line in 5th position, after starting 8th. The Italian rider had a difficult start to the race, losing several positions and even running 19th. However, during the final stages of the race, Antonelli increased his pace and was finally able to catch the front group to score 11 more points.

Carlos Tatay suffered a crash and was unable to finish the race. The Valencian rider, who started from 20th position, had set himself the objective of coming back. Unfortunately, with 9 laps to go, Tatay lost control of his bike and couldn’t avoid crashing.

The Avintia Esponsorama Moto3 and Avintia VR46 Academy will head to the Misano World Circuit Marco Simoncelli next week for the 14th round of the calendar, the Gran Premio Octo di San Marino e della Riviera di Rimini.

The race went well, but it was a bit tricky. The start was difficult, as I had some stomach problems. During the race, we regained the feeling and the good pace, and fifth position is positive. We have to be happy, even if the podium was very close.

A weekend to forget. Things didn’t go the way we wanted, but we’ll keep the positives things and we’re already focused on Misano, where we’ll try to get a good result.