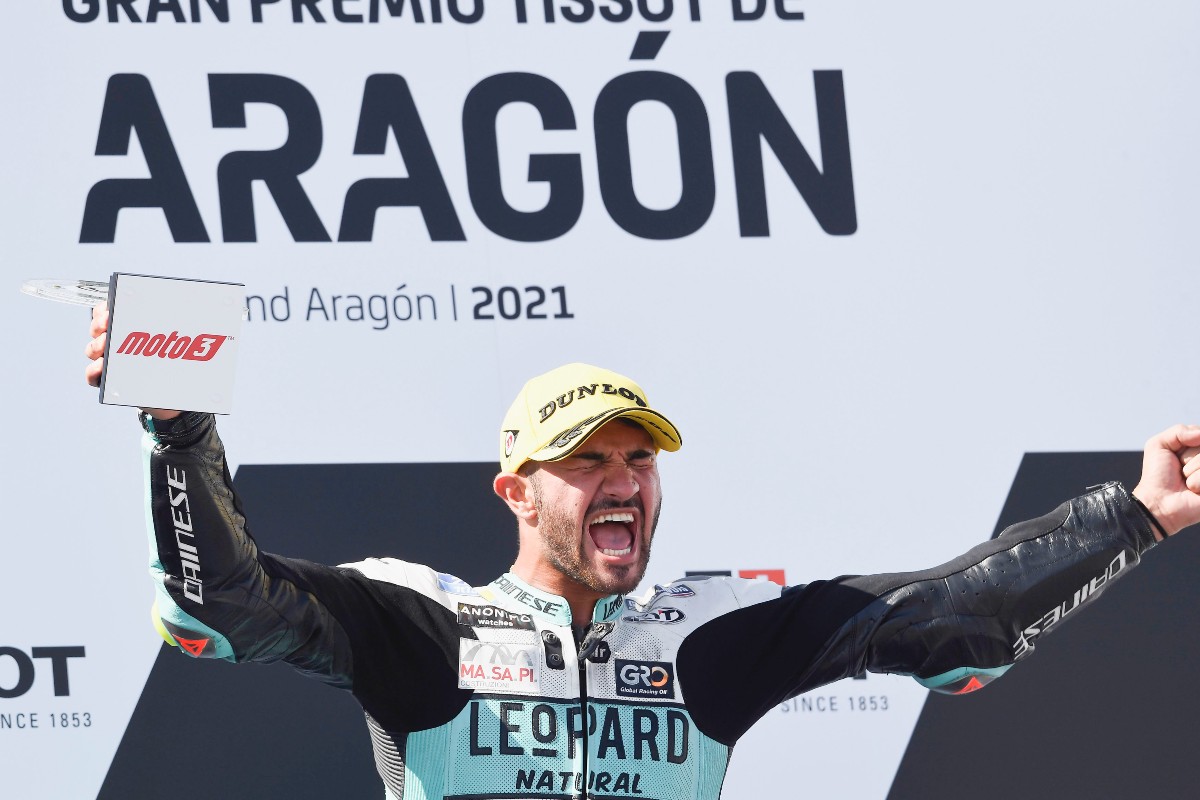 Dennis Foggia has won the Moto3 race at the Grand Prix of Aragon, the third victory of the season for the rider this year! A day full of feelings inside the blue box, and this is why:

Italian rider started from the 14th spot of the grid and showed a clever way of handling the situation, as at the beginning he took some laps to start recovering positions.
Spaniard Xavi Artigas, which began the race from the 12th spot, immediately placed himself among the top 5 and started battling for podium positions.

The race was being the best of the season, as both Le0pard riders were in top 3 and the blue podium dream seemed possible. However, another rider took Xavi Artigas and the young Le0pard ended up on the gravel after a huge crash. Despite the disappointment, the important thing is that he is fine.

When getting to the end, Dennis didn’t allow anyone to steal his spot and kept fighting until the very last meter, and he finally clinched victory at the Motorland Aragon!

This is the 7th rostrum position of the season for Dennis Foggia. He moves onto 3rd place on the general standings (143 points) and is now 58 points far from leader Pedro Acosta.

The next round is taking place in a week’s time, let’s keep working and pushing, the best is yet to come!

I really wanted this victory and I’m more than happy. When I saw that Acosta was out of the race, I knew I had to make the most to gather as many points as possible. Winning is an amazing feeling. I want to thank my team and my family; we’ll keep giving our best until the end.

A real shame to end the race this way because we’d done a great weekend and we wanted to do a good result. Honestly, the crash was quite severe and luckily, I’m fine although I have a bruise on the back, a muscle tear, and a knee contusion. I will try again in Misano, let’s see how it goes.