Double DNF for Rodrigo and Alcoba at #AragonGP 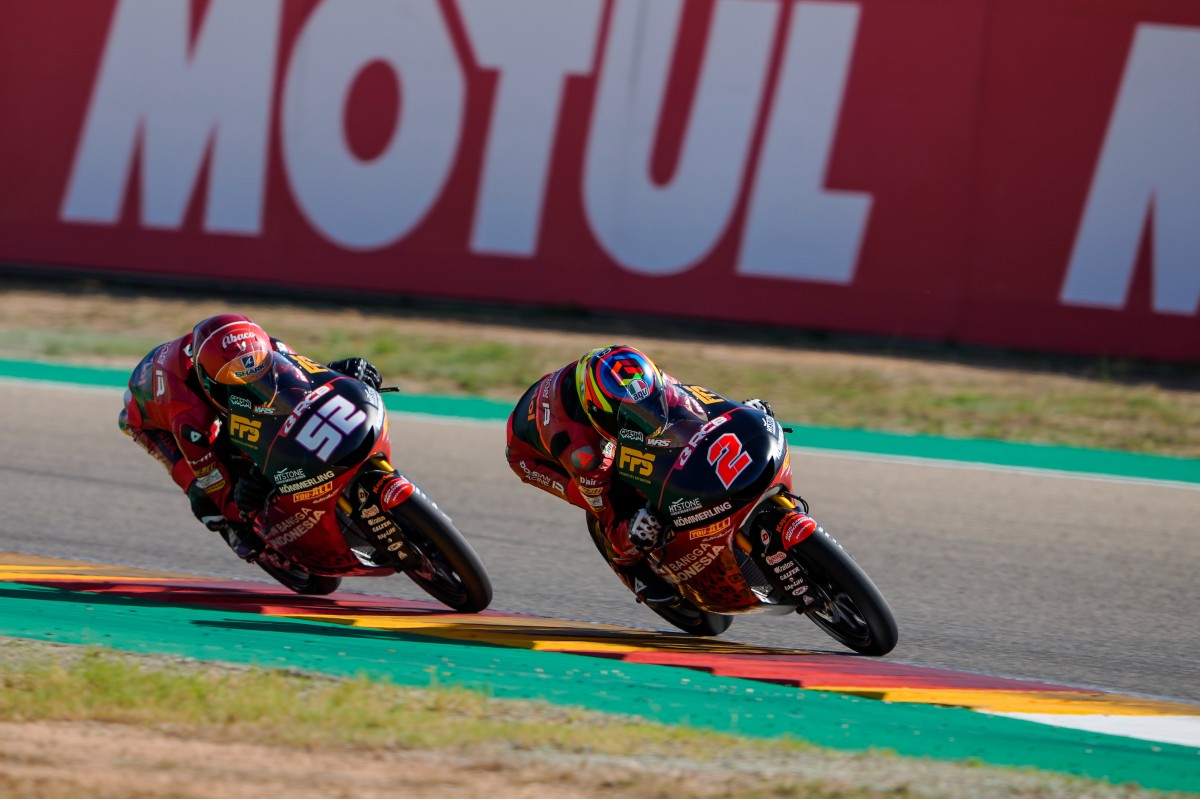 It was another Sunday to forget for the Indonesian Racing Gresini Moto3 team who was hoping for a very different outcome in the race at Motorland Aragón after the great results achieved in qualifying by Rodrigo and Alcoba.

The script unfortunately is in all ways similar to recent races for the Faenza-based squad, who is always among the protagonists in qualifying (four front-row starts in the last five outings) but then unable to capitalise come race day.

Once again, Gabriel Rodrigo’s came to an early end: this time it was a highside on corner exit to take him out of contention after only six laps. Jeremy Alcoba’s performance was not a luckier one, as after a good start he began to lose positions and – despite battling for the top-15 until the last turn – he eventually failed to make it to the finish line due to a coming together with Fellon, to wrap up a disastrous Sunday for Team Gresini.

We had a race of sacrifice: we tried in every way and in the end we were able to battle for a few points. Unfortunately, at the last turn I crashed and lost my glove in the process, so I have some burns in my hand, but aside from that all good. It was a fun race – I gave my very best, but there was nothing more I could do.

We had a good pace and we started off well. Then a quite aggressive coming together with Acosta cost us several position – but we were able to bounce back. Then at the start of the straight I ended up on a bump and was thrown off… My left shoulder hurt but the x-rays are negative, so we look forward to Misano to make amends.