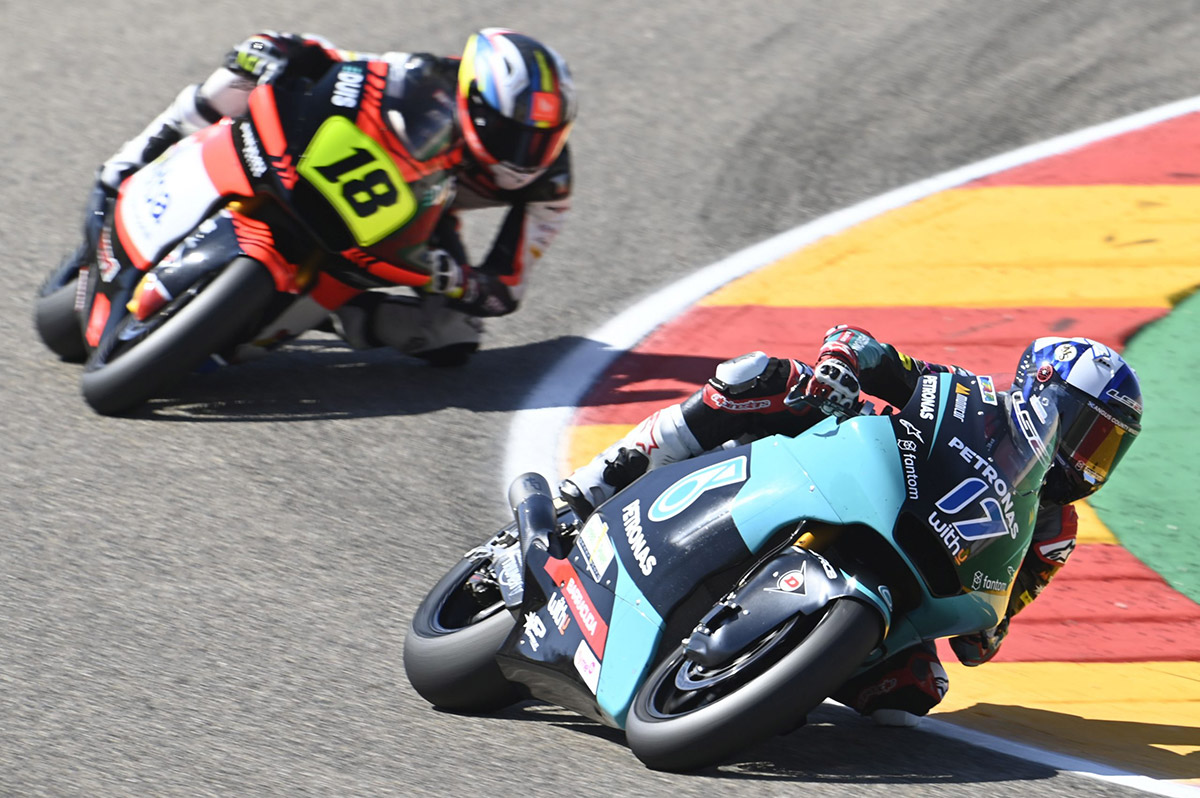 Vierge had a good start from 13th on the grid, claiming four places off the line to move into ninth on the opening lap. The Spaniard then settled into an intense battle with those riders around him for the next couple of laps. Able to increase his pace and set a personal best lap, Xavi looked set to start making his way through the field, but a crash on lap 4 brought his race to an early end. Vierge will head to the next race 11th in the riders’ standings with 67 world championship points.

Deputising for Jake Dixon and making his Moto2 debut, McPhee experienced a difficult start and found himself dropping from 29th to 32nd on the opening lap. Working hard to try to stay with the back of the pack, the Scot made steady progress in what became a race of attrition. Although John found himself adrift of the main field, he was able to enjoy battles with other riders and won a drag race to the line to claim a credible 20th place at the chequered flag.

First of all I want to say sorry to my team for the early crash in the race. Today the conditions were really tricky and unfortunately I lost the front trying to come back. It has been a difficult weekend and all of the team worked so hard. In the race I felt strong, so I was pushing to try to make my way through to the top positions, until the crash. We now need to look forward to arriving in Misano next week, which was one of our best races last year, so hopefully we can be strong there and fight for those top positions.

Honestly I’ve enjoyed this weekend so much. It’s been such a steep learning curve for me but I feel like we’ve made really good progress throughout the three days. The race was a big experience for me. I wanted to be stronger at the start because I thought there were one or two guys that I could stick with but, with the full fuel tank and my lack of experience, I pushed the front a little too much and had a few warnings. So I relaxed into it, thought about gaining the experience and made sure I didn’t crash, while learning lap after lap. I was able to go faster at the end of the race and I just really enjoyed the weekend. I want to say a big thank you to the team for giving me this opportunity.