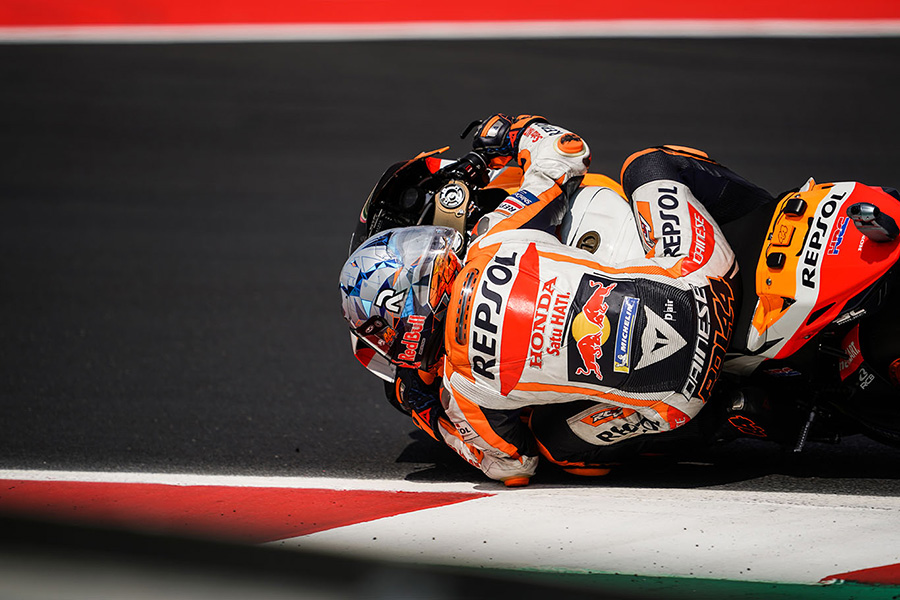 In the second day of action at Misano, all sessions were held in dry conditions, which allowed the riders to significantly improve on the times that they had set on Friday.

Espargaró went straight into Q2 after a solid FP3, in which he set the ninth fastest time.

Márquez had to go through the first qualifying session of the day. With a time of 1:32.029, the Repsol Honda Team rider finished second and moved on to Q2.

In this second session, Márquez suffered a small crash while in the Top 5. He eventually set a 1:32.935 to place seventh on the grid for tomorrow’s race.

“I’m happy about today because in Free Practice 3 we found ourselves struggling a lot. Q1 is always really difficult but with HRC we made a really nice strategy, so I want to say thank you to HRC and Bradl because he was the guy to open the track. In Q2 I pushed again and I was able to make a good lap, I’m happy because I have been struggling at this circuit a lot. We are not very far from the top considering this.”

“We had an interesting day and made the most of the dry track time today. We still have one or two things to confirm in Warm Up but I am satisfied overall today. Sixth position is good but our distance to Bagnaia is a bit too big for my liking. Tomorrow will be a hard race because Ducati look to have something extra here, but I think we can fight behind them in the race. It can be very difficult to overtake here so starting on the second row is really important. Let’s make a good start, fight and see what’s possible – tomorrow is a new day.”