Another solid top ten for Aleix Espargaro with 8th at #SanMarinoGP, Viñales scores first points with Aprilia in 13th 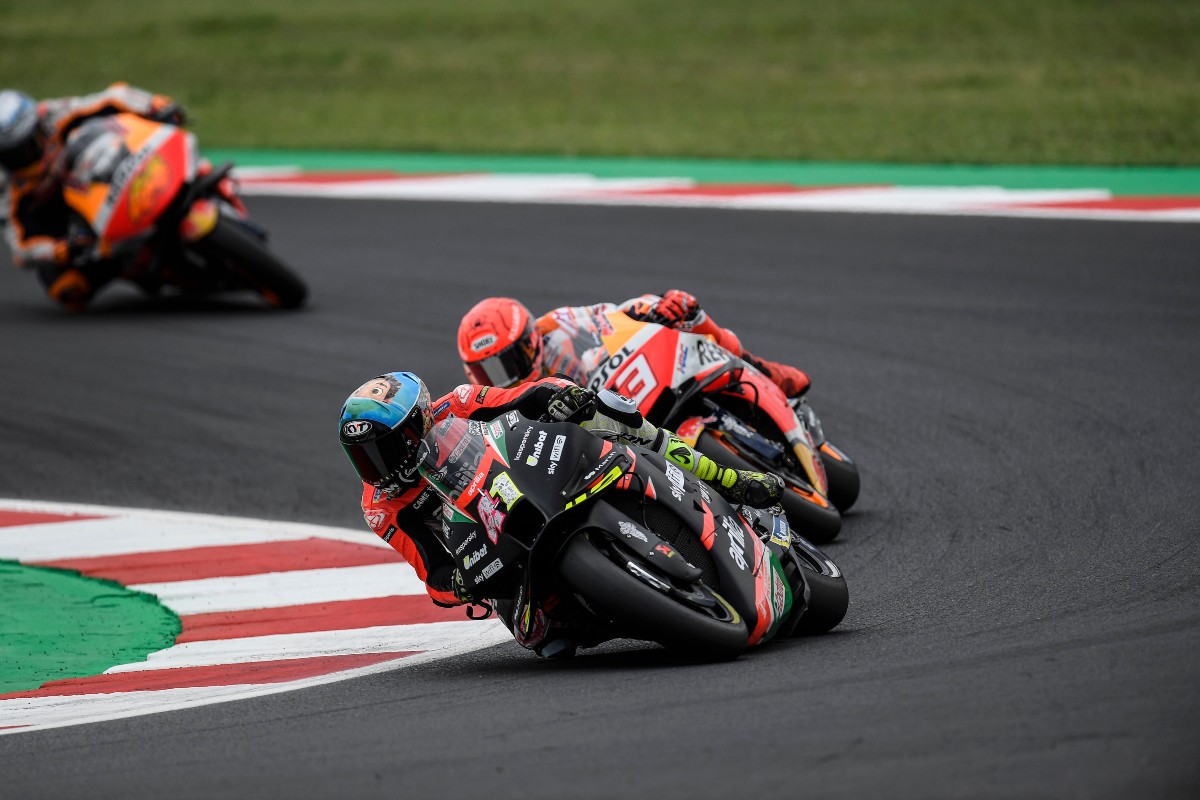 Misano has always been one of the most difficult tracks for the RS-GP but this year the bike’s overall improvement allowed Aleix to take home his umpteenth top-ten finish. Despite not finding the same feeling as the previous races, Aleix still raced in the group of the best, even moving up as far as fourth place at one point and then finishing eighth.

This is Espargaró’s eleventh top-ten finish. Basically, every time he has finished, he has been in the top ten. This extremely consistent performance has allowed him to achieve seventh place in the overall standings as of today.

Viñales had to make up some positions after a less-than-ideal start that relegated him well below the points zone. Maverick began his comeback from there and then finished thirteenth. These are his first championship points with Aprilia, but what counts for even more is another step forward in terms of Viñales’ confidence with his new bike and his new team. After only two races with Aprilia, this remains his goal from here to the end of the season and Maverick is pursuing it with great consistency.

I’m not disappointed with the end result. I stayed with the group that was battling for fourth basically throughout the entire race. The reality is that it was very difficult to take the RS-GP to the limit here. We were lacking stability. Because of this, I made several mistakes that cost me positions. Historically, Misano makes life difficult for us. It will be important for us to try some things during the tests in anticipation of the second race on this circuit. I have a few ideas that I’ll be discussing with the technicians.

Another 27 laps to get to know the RS-GP – a race where I also tried different movements in the saddle and different trajectories to figure out how to get the most out of this bike. I expected a bit more, to be honest. I lost a lot of ground at the start and in general I had to battle with the bike more than expected. We are well aware that we need time. We can’t expect a spike in performance from one day to the next, but we’ve reduced the gap and there are positive aspects in any case, like the ease of overtaking or the good tyre management with the Aprilia.