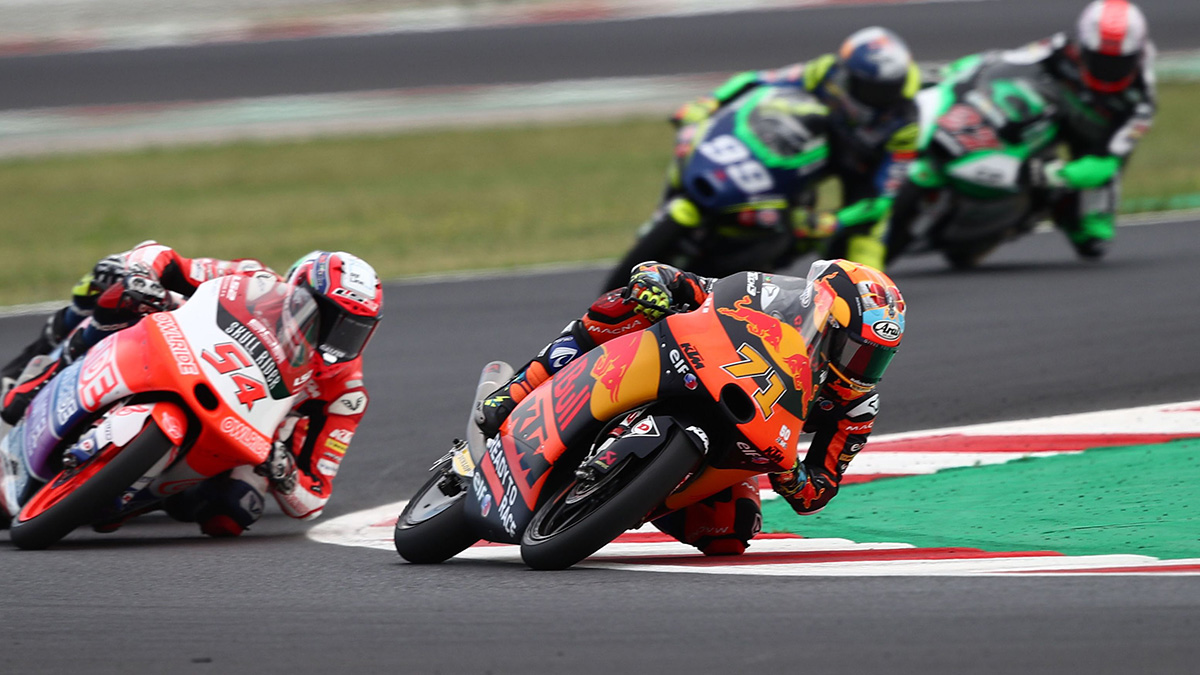 After he qualified in 13th position yesterday, Ayumu Sasaki came off the line well at the start of the Gran Premio di San Marino e della Riviera di Rimini to make up two positions already on the first lap. Throughout all the race he was fighting hard inside the chasing group with championship leader Acosta and plenty of other strong contenders. He eventually crossed the line in 10th following 23 intense laps.

Yet, Red Bull KTM Tech3’s Deniz Öncü was declared fit this morning after his heavy highside in FP3 on Saturday. As he didn’t ride in Qualifying, the Turkish youngster had to start from P26, but battled his way through to the top 20 already in lap eighth. With just four laps to go, he was nearly in reach to the points scoring positions, but a long lap penalty due to exceeding track limits halted his chase and effort unfortunately.

“It wasn’t a perfect race. The pace at the front was pretty fast from the start. I tried to follow, but I had to catch up and pass a few riders. I couldn’t manage the first three laps really well, which caused me staying in the third group. On the last lap, I was in P8, had a small touch with another rider and lost this position. In the end, we finished P10. I’m disappointed because my feeling on the bike was quite good, but I didn’t manage to fight in the front. I’m not happy, but next up is America, so we have another chance, we need to focus and try to do well there.”

“I was really lucky to be able to race at all today, after this big crash yesterday. I was declared fit, I had a bit pain on my neck, my left elbow and my ankle, but I could ride the bike. In the race, I had a good pace until lap 15, but I started to do a few mistakes, touching the green and just couldn’t fight anymore. So, I just wanted to finish the race. It’s still positive that I was able to go fast after this crash yesterday. I could have been doing a lot better race today, but as I’m fine after this huge crash, I would say it was good.”