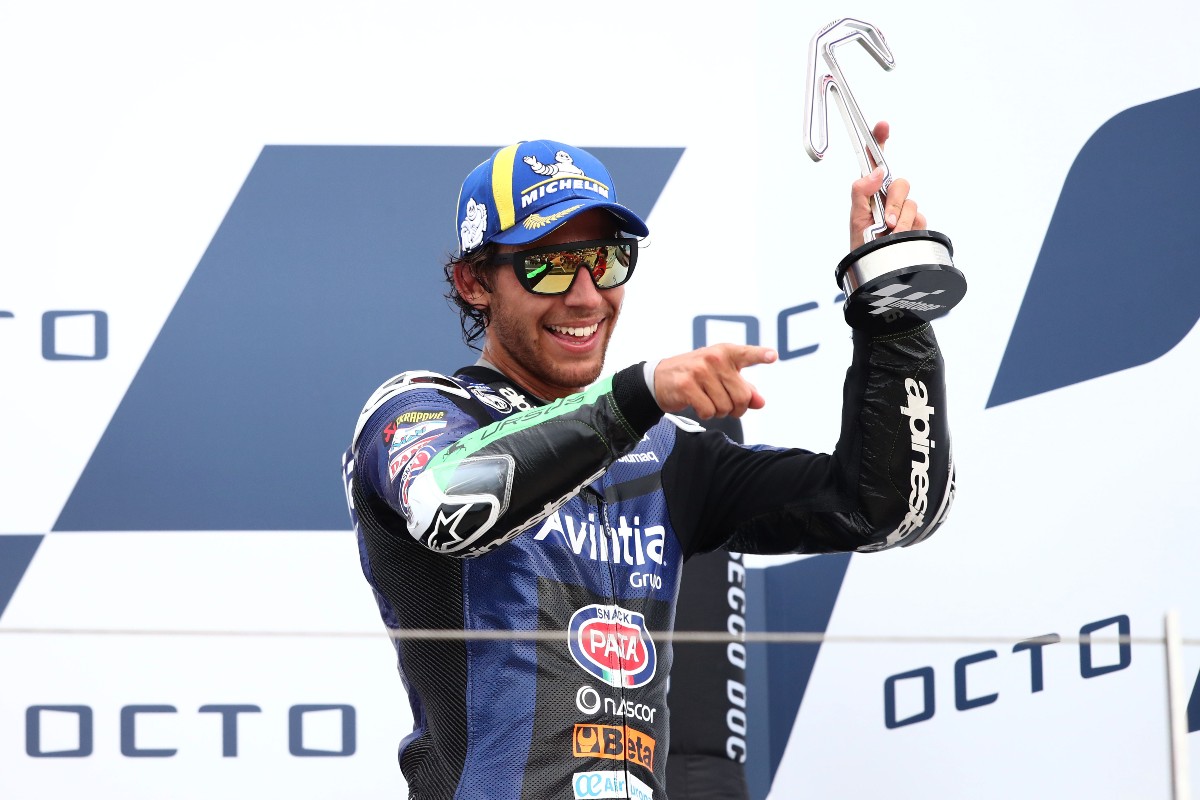 The Avintia Esponsorama rider rode an almost perfect race. After starting from 12th position, lap after lap, Bastianini recovered positions thanks to a great pace, even setting the historic fastest lap record in the race. With 8 laps to go, the Italian was able to consolidate his 3rd position, achieving his first ever podium in MotoGP in front of his crowd.

Luca Marini was unable to finish higher than 19th. The Sky VR46 Avintia rider was fighting for the top 15, but a long lap penalty with 18 laps to go ruined any chance of scoring points.

After a very positive weekend for the team, Avintia Esponsorama and Sky VR46 Avintia will head to the United States in two weeks, where the Red Bull Grand Prix of the Americas, the 15th round of the calendar, will take place.

It was an unexpected result, but since this morning I thought it was possible because I saw that I could do good lap times easily. We were able to find a good set-up on the bike and I was able to enjoy. In the middle of the race I felt really good and when I overtook Miller, I kept setting my pace. I knew I had Quartararo and Bagnaia in front of me and I wanted to try to attack them, but I was already pretty much at the limit. I’m very happy with this 3rd position and it was great to get this podium in Misano.

I didn’t have a bad start, but from the beginning I didn’t have enough speed to overtake riders in my group like Pirro, Binder or Nakagami. In the slipstream, the temperature of the front tyre went up and that’s something I have to work on, because I’m still not used to managing it to the maximum. I went long at turn 1, then I tried to lose time to let other riders pass me, but I still got a long lap penalty that pushed me back to the last positions. I struggled to recover, I suffered a lot with the front tyre and, with seven laps to go, the left side of the rear tyre was badly damaged. We have to work, we are at a standstill and the two days of testing this week will be very important.