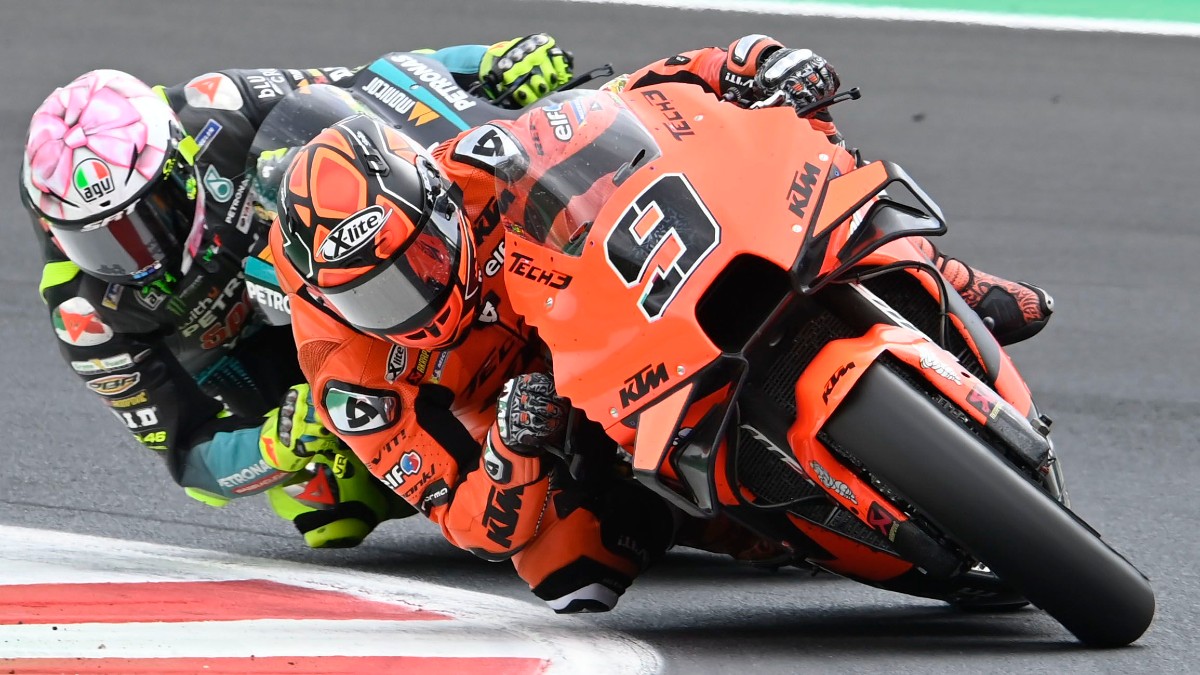 Facing some difficulties at his home track from day one, Danilo Petrucci tried everything he could to do a decent race at the Misano World Circuit Marco Simoncelli today. After he had to start from 22nd on the grid, he kept his head down through all the race, did consistent lap times passed a few contenders and moved up until P16 after 27 tough laps.

At the same time, Tech3 KTM Factory Racing’s Iker Lecuona, who came from P20 on the grid, made up four positions already on the first lap. He moved further forward until he reached the points scoring positions at the end of lap 11. Unfortunately, he crashed out in turn four at halfway through the race.

It was a really difficult race. We managed to have a better pace compared to the practice. I didn’t expect to be faster and consistent like this, to be honest. I struggled a lot, but I tried my best to at least score one point. But in the last four laps, I was pretty much done with myself and fought with the bike. I would have liked to score at least one point at home. But the weekend overall was very tough for us. In the end, we finished the race and we have a test coming up, in which we will try to work on our weaknesses.

We changed the bike a lot during the weekend. This morning in the warm up we tried a different base. For the race, we tried another different base, but somehow nothing was working. In the first ten laps I was in the mid-group of the race, fighting close to the top 10, but I almost crashed in each corner. The weekend was super tricky for me, we have been working hard, but the results never arrived. Finally, I lost the rear in turn four. I’m fine, but it was difficult. We don’t understand why. We will see if we can improve something during the test as we have another race here in Misano.