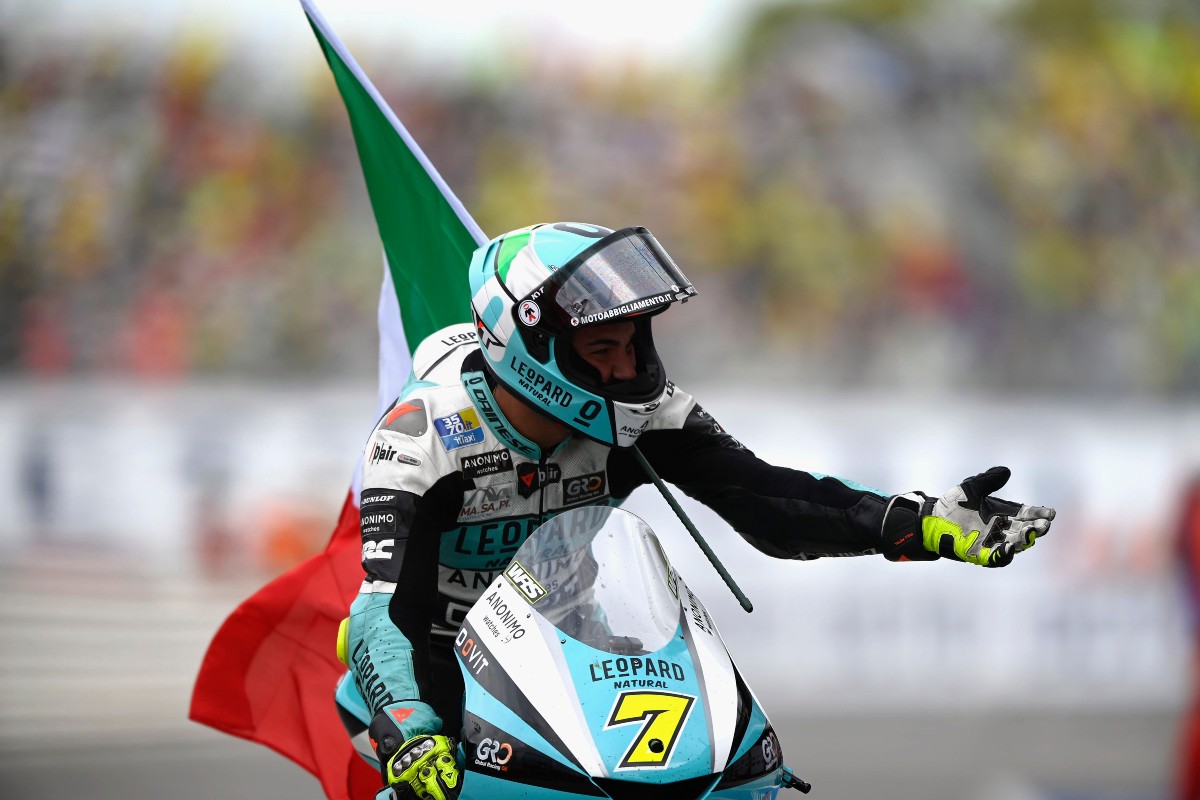 Another victory, another record for the Le0pard rider Dennis Foggia! After commanding the whole weekend, Dennis has achieved the fourth victory of the season.

Today’s triumph means that Foggia has gotten back-to-back wins, the first time the rider gets this result.
Throughout the whole weekend, the #7 has been the man to beat: he’s lead most of the practice sessions, started from the second spot of the grid, and showed a tremendous pace and speed.

This is the fifth victory of his career, he took his maiden one last year in Brno with us and has repeated it in 2021 in Mugello, Assen, Aragon, and now in Misano!

The 25 points earned today place Dennis Foggia the 2nd on the standings, the rider has gathered 168 up until now (and he’s 42 points far from leader Acosta), and with four races to go everything can happen. Without any doubt, we will fight until the end.

Last but not least, things have been trickier on the other side of the box: Spaniard Artigas, due to the last race crash, has had to retire as he didn’t have enough strength on his shoulder and that has clearly jeopardized his chances. It’s been a real shame because the young rider could have been fighting for the podium. Get well soon, Xavi!

An amazing feeling, this is my second victory in a row and the fourth podium in a row, too. I can’t describe how it feels. Many thanks to my team, to my family, and to my sponsors!

I’ve tried my best but due to the last-week crash I hadn’t enough strength in some of the corners and I couldn’t end the race. A real shame because we’d done a good job this weekend and we deserved a good result. We’ll keep recovering and we’ll try again in Texas!