Hard-fought race for Masia and Acosta at #SanMarinoGP, 5th and 7th respectively 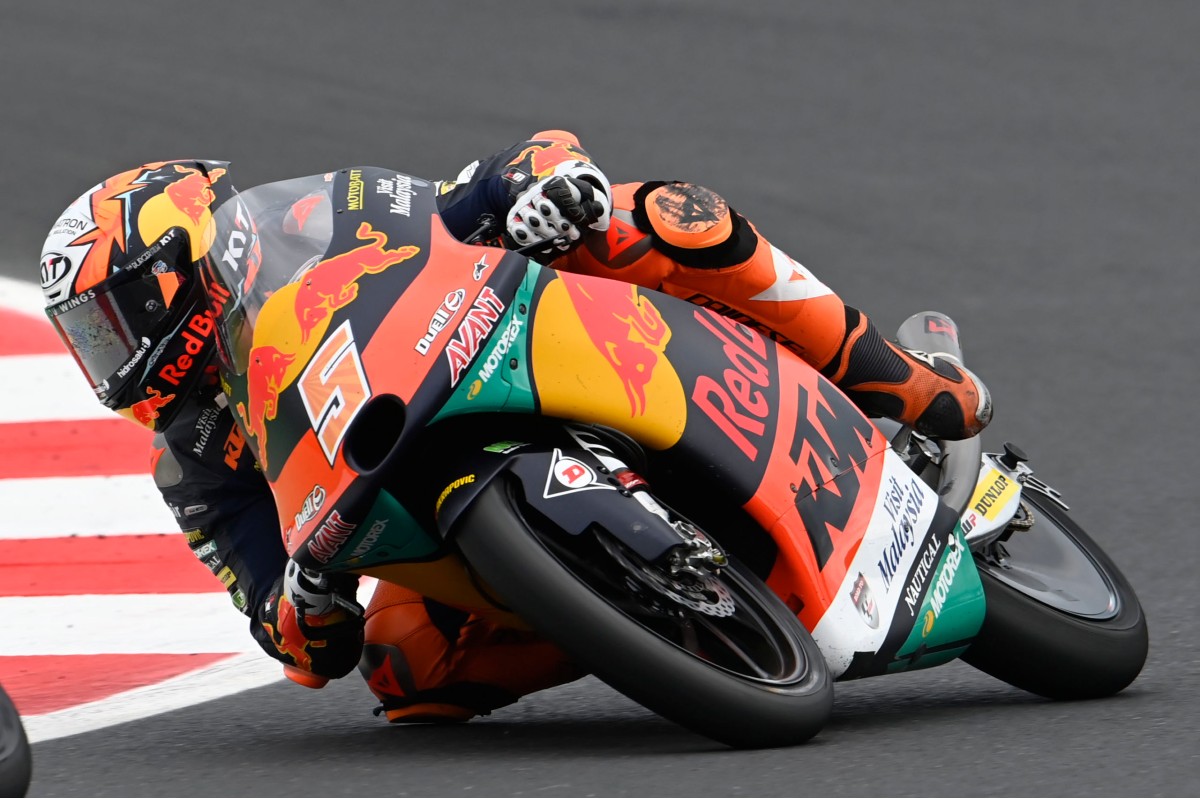 The Red Bull KTM Ajo Moto3 finished the San Marino Grand Prix with a hard race, fighting lap after lap to improve their positions. Jaume Masia was amongst the leading group, reaching the podium spots at times, but finally finished in a creditable fifth place. Pedro Acosta had a tough Sunday at the Misano World Circuit Marco Simoncelli but would hold on for seventh.

The San Marino Grand Prix began well for Masia, who took off from the second row of the grid and completed the first lap in fifth position. The Red Bull KTM Ajo Moto3 rider was part of the chasing pack, whilst the race leader broke away before a crash just past the midway point. Masia and the rest of the group kicked off a fierce fight to take a podium place. On the last lap, light contact with another rider put Masia into fifth.

Pedro Acosta had a tough start to the race and dropped from ninth position to 12th off the line. The Red Bull KTM Ajo Moto3 star pushed hard to catch up with the leading group, but after a small scare on Lap 7, he lost contact. Battling to protect his place from then on, the Spaniard took the chequered flag in seventh.

After today’s results, Acosta remains leader of the Moto3 World Championship with 210 points. Masia is fifth with 122. The Red Bull KTM Ajo duo now enjoy a week off before travelling to the United States, where the Americas Grand Prix will take place from October 1st-3rd.

Today we had a very hard-fought race, with the riders in the leading group. We finished fifth and we continued scoring points, which is important. I am happy to have been able to be up with the riders at the front. Now we have to study all the data that we have extracted from this Sunday and fine tune details so that, at the next round, we are prepared to fight for the win.

It was a tough race. The bike was running well, although braking was a bit difficult for me and maybe that’s why the group escaped. However, we achieved our goal, which was to have the least possible points taken away from our lead in the title chase. We were aware that this weekend we could not make a mistake like we did in Aragon. In general, I am happy and we are already thinking about the next contest, in the United States.