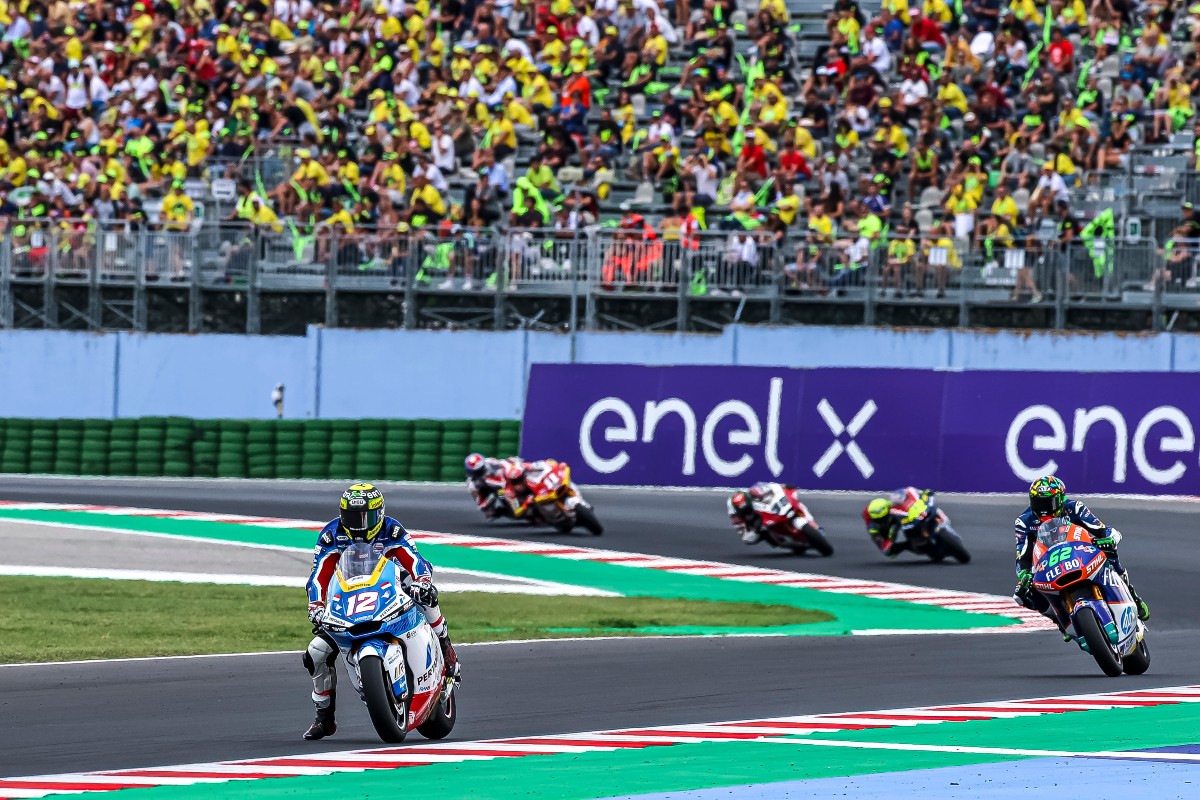 This Sunday the fourteenth race of the season was held at the Octo di San Marino e della Riviera di Rimini – Misano Grand Prix. Tom Lüthi finished 11th after climbing several positions and Bo Bensdsneyder was 25th after a weekend of changing conditions.

Tom Lüthi started the race from fourteenth position on the grid. The Swiss rider recovered some positions in the first laps and managed to reach the top 10 of the category. Lüthi used all his options to complete the race among the top ten finishers, although he finally crossed the finish line in eleventh position, getting some new points in the general standing.

Bo Bendsneyder hasn’t had the best weekend at Misano. After track conditions have been very changeable throughout the weekend, Bendsneyder faced the race ready to improve his results. Starting from 25th position, he lost some positions and struggled to recompose himself from the opening laps. The Dutch rider was 25th after fighting to the end.

The next race of the Moto2 World Championship will be the Gran Prix of Americas, which will be held from September 30 to October 3 in the United States.

It has been a good day for us. At the beginning of the race, it was kind of tough with some bikes but the feeling was good. We had a dry race, although we would have had a bigger chance if the race was wet. Anyway, track conditions were absolutely ok because we all together did a great job to find a good setup. I could overtake and fight and it was very important to get the feeling which was missing in Aragon. Let’s stay positive for the next race in the United States. Looking forward to have finally overseas race again. I have some good memories there, the last race I was top on the podium.

It’s been a really difficult Sunday. Let’s be positive always and keep working, that’s the most important. In two weeks, we are in America, different circuit and different country so we are looking forward to this race. For sure this will pay up.