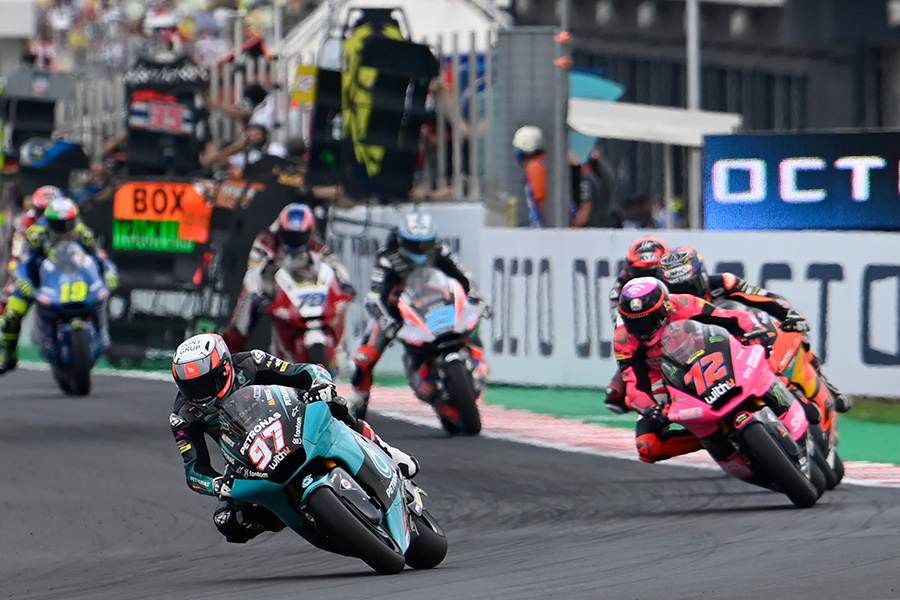 A strong start from seventh on the grid saw Vierge claim two places on the opening lap, before moving into fourth one lap later. After holding station and maintaining his pace for a short while, the Spaniard started to lose touch with those riders ahead of him. Finding himself sixth at the halfway mark, Xavi battled hard with those around him, but unfortunately was not able to successfully fend off attacks from other riders. Ending the SanMarinoGP eighth, Vierge now holds tenth in the championship with 75 points.

After lining up on the grid in 20th, a poor start for Dixon and contact with another rider saw him drop to last momentarily on the opening lap and lose touch with those ahead. The Brit was able to start making slow progress through the field and closed the gap to the main pack, to move into 22nd by the mid-point of the race. Getting his head down in the final stages, Jake set about reducing the deficit on track and, in the end, took the chequered flag in 19th. He leaves Misano with 21 championship points and currently sits 20th in the riders’ standings.

It has been a hard race and we expected more, although we knew the third sector was a weak point for us. Yesterday in Qualifying we were struggling, so I tried to improve in Warm Up but we didn’t really find anything. This is why I suffered a lot in the race and I was losing two or three tenths per lap in that one sector, but I could recover in the other parts of the track. Despite this, I think we had a solid weekend and we know exactly where we need to improve. We should be able to come back strong here next month, but first we head to Austin and I hope we can be closer to the front there.

The first half of the opening lap wasn’t great; I had contact with riders, was in the wrong place at the wrong time and found myself in last position. It wasn’t an ideal situation, but once I found my groove I was able to come back through to 19th. I’m actually really happy about that and my pace was strong. I found it difficult this weekend to make the transition back to Moto2, because the bikes are so different. I needed to get that race under my belt, to feel confident again and I can’t wait to get going again with the next race.