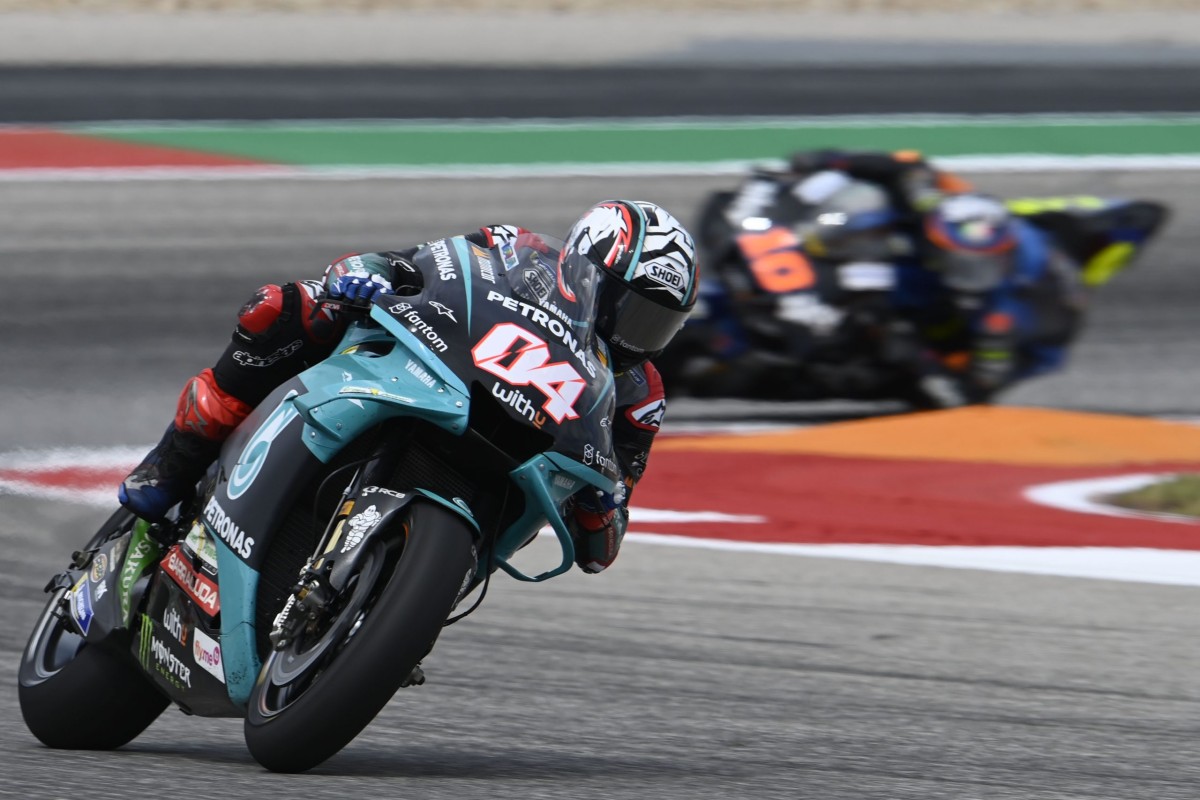 Andrea Dovizioso claimed his first 2021 World Championship points in only his second race with PETRONAS Yamaha Sepang Racing Team at the Circuit of The Americas. Valentino Rossi climbed from a lowly 20th on the grid to finish 15th after a gruelling 20-laps under the Texan sun.

After an opening lap on which Andrea Dovizioso slipped backward to 17th, the Italian mounted something of a comeback around the demanding COTA track. By lap nine he had fought his way back up to 12th position before being passed for the place, and he then delivered a consistent ride to hold 13th until the finish. Today he started his 329th Grand Prix across all classes, which moves him into the second highest number of starts, behind only his team-mate.

Valentino Rossi made steady progress from 21st on the first lap and had reached 15th position by lap 11, which he then held until the end. With an air temperature of 32 degrees and the circuit’s undulations, it was a particularly physically demanding last race in the USA for Rossi, whose fans were out in force to see their hero race one last time in North America.

With points-scores for both riders, Rossi currently lies 21st in the World Championship standings, whilst Dovizioso is 26th after just two races with PETRONAS Yamaha SRT.

There will now be a two-week gap before PETRONAS Yamaha SRT make their second visit of the season to Misano, this time for the Gran Premio dell’Emilia Romagna (22-24 October) – Rossi’s final home GP of his career.

I’m very disappointed with the start because I almost switched off the engine – I don’t know if I made a mistake but I lost a lot of positions, so we’re looking into that. This made it not very easy, especially as it’s very difficult for us to overtake, but in the end my pace was quite good and quite consistent. I’m disappointed because I didn’t achieve the maximum – with a good start I believe I could have been in the top ten, but the improvement since Misano is huge and we’re continuing to work hard and to adapt to the bike. We are in a strange situation that I can be happy even when we don’t get a good result because I’m learning, so it’s ok and we will continue to work in this way.

Considering my pace during the weekend my speed today in the race was decent. I was able to take one point, but it was really, really hard. A very long race. This track is always very demanding because we have some wild braking, a lot of change in direction and a lot of bumps, and with this temperature it was very long today. For the level of MotoGP machines now you have to be very, very fit. I used the medium rear and I felt good and was able to recover some positions, but unfortunately I was not fast enough. We expected to be stronger, but we suffered through the weekend. Finally though at the end I’m happy because it was so tough but still I took one point.

#AmericasGP, Valentino Rossi
Get All Our Latest News Sent Direct To Your Inbox
Join 30,242 other subscribers.
Follow on Social Media
Get the VROOM Podcast