Another podium for Foggia with 2nd in #AmericasGP, Artigas 14th 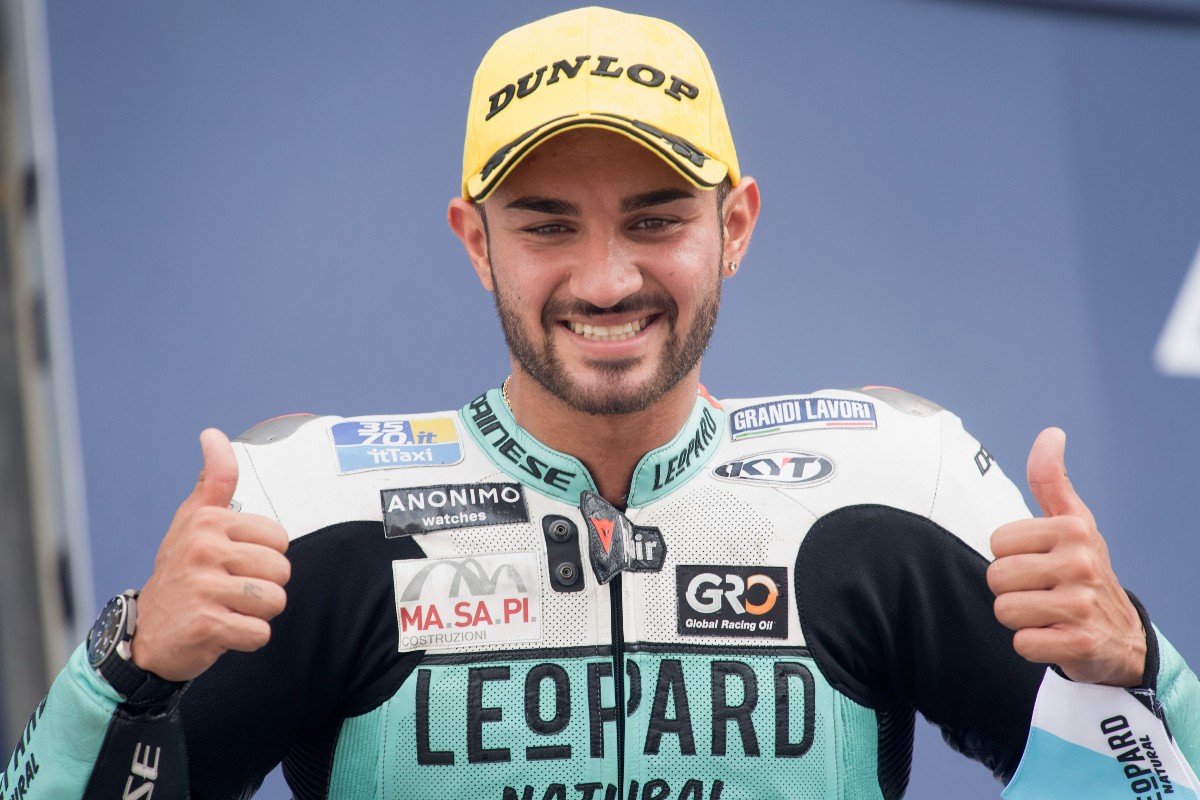 What a crazy race! The Grand Prix of the Americas has come to its end after having carried out one of the silliest Moto3 races of the last years.

Xavi Artigas made a great start from the 5th spot of the grid, overtook other rivals, and even got the lead of the race when we saw a message on the screens that indicated he had been penalised due to a jump start. The #43 had to undergo a double long lap and therefore lost the chance of being in front.

Dennis Foggia was fighting for the podium and occupying the second spot of the race when another rider crashed, the marshals waved the red flag and all the riders had to go back to their respective boxes.

After a while, they declared a five-lap race to restart and our Le0pard men started from the position that they were occupying at the moment they finished the first part of the American race.

They did a couple of laps but due to another huge crash, they took out a second red flag. When all this confusion was over, the official decision was to finish the race with the classification of the end of the first part. With things this way, Dennis Foggia took the second spot on the podium and Xavi Artigas ended up 14th.

Dennis Foggia continues to widen his momentum and seems unbeatable, this has been the 9th rostrum result of the season for him and the 5th in a row. You rock it, rocket!

Right now, the Italian sticks to the second position of the general classification (188 points), and with three races to go, he still has solid chances to win the Championship.

I’m very happy, this podium means a lot after the difficult race we’ve had. I’ve felt good during the weekend and our goal was to get as many points as possible. Many thanks to my team, to my family, and to my sponsors. See you all in Misano!

It’s been a real shame, today I had solid chances to fight for the podium, but I made a mistake and I’ve got penalised. Even like that, I’ve managed to get to the group, I’ve overtaken some riders, but unfortunately, there has been a red flag and after the start of the second race, there has been yet another one. Overall I’ve done a good weekend, I’ve felt good with the bike and I hope to repeat this feeling in Misano.