Antonelli 15th and Tatay 18th after an eventful #AmericasGP 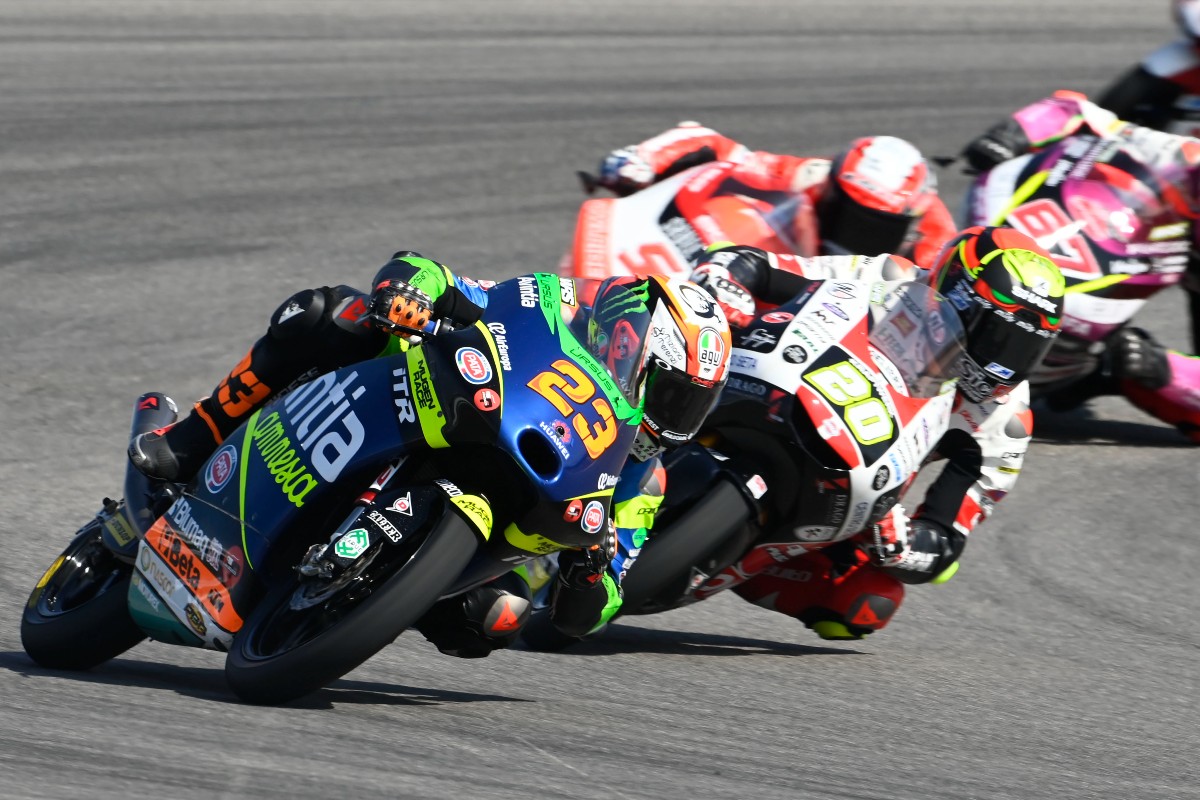 The Avintia Esponsorama Moto3 and Avintia VR46 Academy finished the weekend in Austin after completing the Red Bull Grand Prix of the Americas race at the Circuit of the Americas.

It was a chaotic Sunday for the Moto3 riders, where a red flag with 10 laps to go led to a second sprint race.

During the first race, the first of the red flags appeared due to a crash for Filip Salac. After several minutes of waiting, the action resumed in a second race with 5 laps to go. Two laps later, a heavy multiple crash, where fortunately all the riders involved were OK, caused the second red flag of the day. Finally, the race direction determined that the final results were the positions of the first race.

Niccolò Antonelli, who had a difficult Sunday, was 15th. The VR46 Academy rider lost several positions in the opening laps. In his attempt to comeback, he crashed in the first corner when he was 15th, just before the red flag came out. Antonelli recovered the bike and the mechanics fixed the damage so that he could start the second race. For his part, Carlos Tatay was unable to reach the points after finishing 18th.

The Avintia Esponsorama Moto3 and Avintia VR46 Academy will return to the Misano World Circuit Marco Simoncelli in three weeks’ time for the Gran Premio Nolan del Made in Italy e dell’Emilia-Romagna.

I am not very happy. At the beginning some of the riders behind us didn’t think about the race and we lost a lot of positions. I tried to get back into the group but the red flag came out. In the second race we were doing a good job, but there was another red flag again. In the end the results of the first race were worth it and I finished 15th.

The weekend didn’t go the way we wanted it to. It was hard and we struggled a lot. In FP2 we lost a lot of time and, on a circuit that was new to me, it hurt me. Looking ahead to Misano, we know where we need to improve, so we will keep working and I’m sure good results will come.