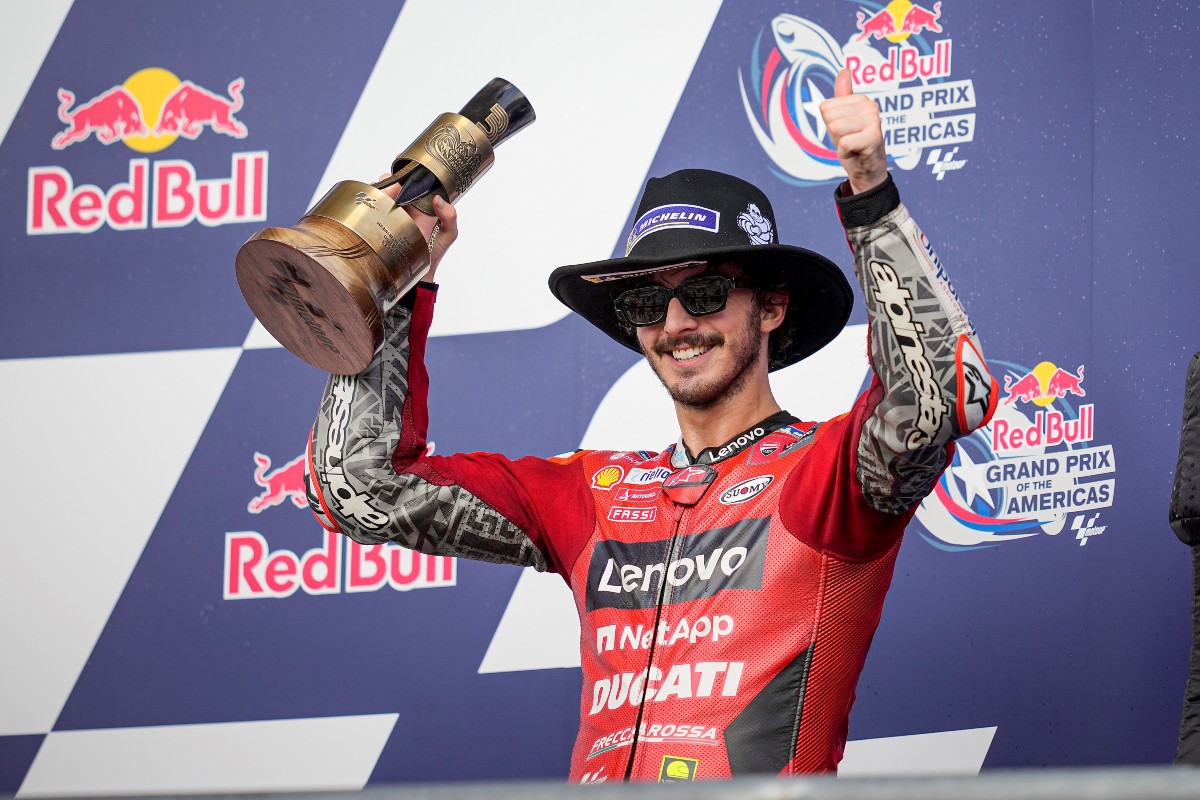 As he was starting from pole position, the Ducati Lenovo Team rider dropped back into fifth place after a few laps and then had to make up ground to get back into the fight for the podium. After passing his teammate Jack Miller and then Jorge Martin, Bagnaia launched the decisive attack on the fellow Ducati rider with three laps to go, taking third place behind his direct championship rival Fabio Quartararo. After today’s race, Pecco remains second in the overall standings, 52 points behind the Frenchman.

After a promising start from the fourth row from the tenth spot on the grid, Jack Miller made a great recovery up to the fourth place in the first laps. However, in the second part of the race, the Australian rider couldn’t keep the same pace and started losing several positions to finish sixth. On the last lap, Jack had contact with Mir, which forced him to lose two positions. Miller eventually ended the race in seventh place, as the Spaniard had to drop one place as he was penalized for the manoeuvre.

After the fifteenth round of the 2021 MotoGP World Championship, the Australian rider is fourth in the overall standings with 148 points, while Ducati and the Ducati Lenovo Team now lead the Constructors’ Championship and the Teams’ Championship, respectively.

Today, we couldn’t do more than this. We gave our best until the end and took another important podium, so we can only be satisfied. Right from the start, it was a complicated weekend for us, given the track conditions, but we still managed to get a great result. I also have to thank Jack because he let me through when he was in trouble, and I had to make one overtake less. For sure, we lost some points today to Quartararo, and now the Championship fight is getting tough, but I’m not too worried about it. We’re working well and improving race by race. Now we’re already thinking about the next Grand Prix where, of course, we’ll try again.

After a good start, I was able to get back into the fight for the podium, but unfortunately, towards the second part of the race, when I was up to fourth, I started to struggle from the drop in tyre performance. I tried to adopt a different style and not wear out the front too much, but obviously, that affected my pace. I saw that Pecco was behind me, and since I was struggling, I let him through. I finished sixth, but on the last lap, Mir hit me, and I lost another two positions. In the end, I finished seventh. It’s a shame because we could have had a really good race. Congratulations to Pecco for the podium. I’m also happy for Ducati and the team, who are now both first in the championship.

The Ducati Lenovo Team riders will be back on track from 22nd-24th October at the Misano World Circuit “Marco Simoncelli” to contest the third home race for the Italian team, the Grand Prix of Made in Italy and Emilia Romagna.