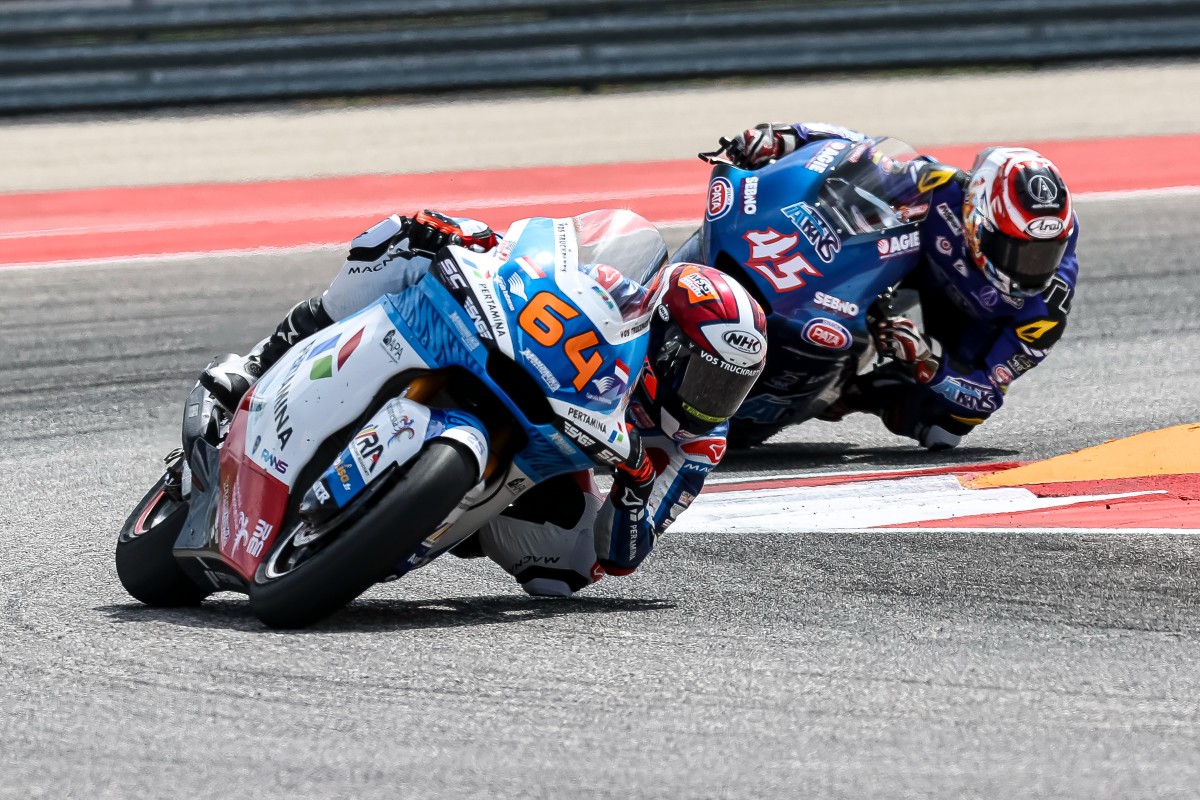 This Sunday the fifteenth round of the season was held at the Circuit of the Americas. Tom Lüthi crashed after the first laps on the North American track’s return to competition. Bo Bendsneyder was fifteenth after having a good race overtaking positions.

Tom Lüthi made a good start that allowed him to regain places from the start. After two laps, the Pertamina Mandalika SAG Team rider crashed out after losing the front.

Bo Bendsneyder lost some positions at the start, although he was able to recover quickly and soon began to overtake his rivals. Throughout the entire race the Dutch rider was able to improve his riding until crossing the finish line in fourteenth position. Bendsneyder was penalized with one position for exceeding the track limits, although he remained in the points zone.

The next race of the Moto2 World Championship will be on October 24th at the Nolan Grand Prix of Made in Italy e dell’Emilia-Romagna at the Misano circuit.

It was a really positive Sunday. We tried something different in the warm up and it was much better. I was getting more confidence but of course starting from 23th it is not easy although my start wasn’t bad, in the first few laps I was struggling with the new tyres and I just couldn’t keep the pace compared to the others but I knew that after that I could keep it and I even improved it. I never gave up and I kept pushing to the last corners fighting to get into the points. I went a bit wide and I went out of the track limits. The most important thing is that we had positive feelings and we improved during the whole weekend. I want to thank the guys because we never gave up. Now we are looking forward to the next race in Misano.

Unfortunately, I crashed and I couldn’t finish the race. I tried a little bit too much too early in the race and I lost the front. Sorry to the team, it’s been a disappointing weekend and there isn’t really much to take of it. Now, we go home and refresh, forget about it and we will be back stronger in Misano.