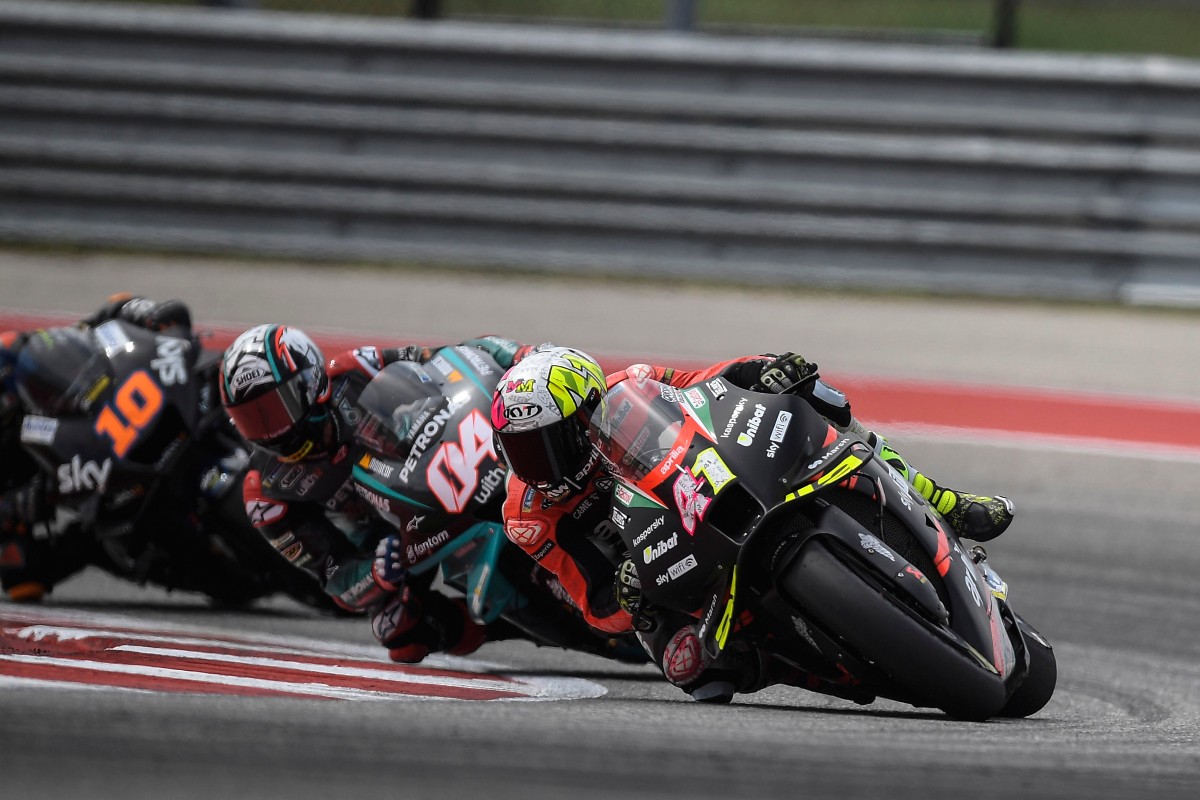 A crash during the ninth lap with no physical consequences for the rider brought the GP of the Americas to an end for Aleix Espargaró.

After starting from the seventh row – evidence of a consistently difficult weekend – Aleix began to move up through the positions. Even without pushing too hard, he had already moved up seven places all the way to twelfth when he fell victim to the crash. This ended a seemingly parenthetical weekend in an otherwise fantastic season for Aleix and his Aprilia RS-GP. But even on the only track on the calendar where he was never able to find that competitive edge, Aleix Espargaró was still riding a respectable race.

Now the goal is to recover energy – both physical and mental – and to get back to the trend of positive growth that has characterised his season thus far in order to best tackle the final three races of the championship.

I am truly disappointed. Not so much for the crash, which is always a possibility in racing, but certainly not when you’re riding with such high lap times. Unfortunately, something just didn’t work this weekend and we need to take a deeper look at that. Until now, we have been competitive everywhere, with various results but consistently battling in the group of the best. I want to apologise to the team. Five crashes in three days are definitely not a good record and both they and the engineers have worked non-stop throughout the weekend. The goal was to stay calm and aim for the best possible result, which was the points zone for us today. We were doing just that before the crash, which fortunately came without any physical consequences.