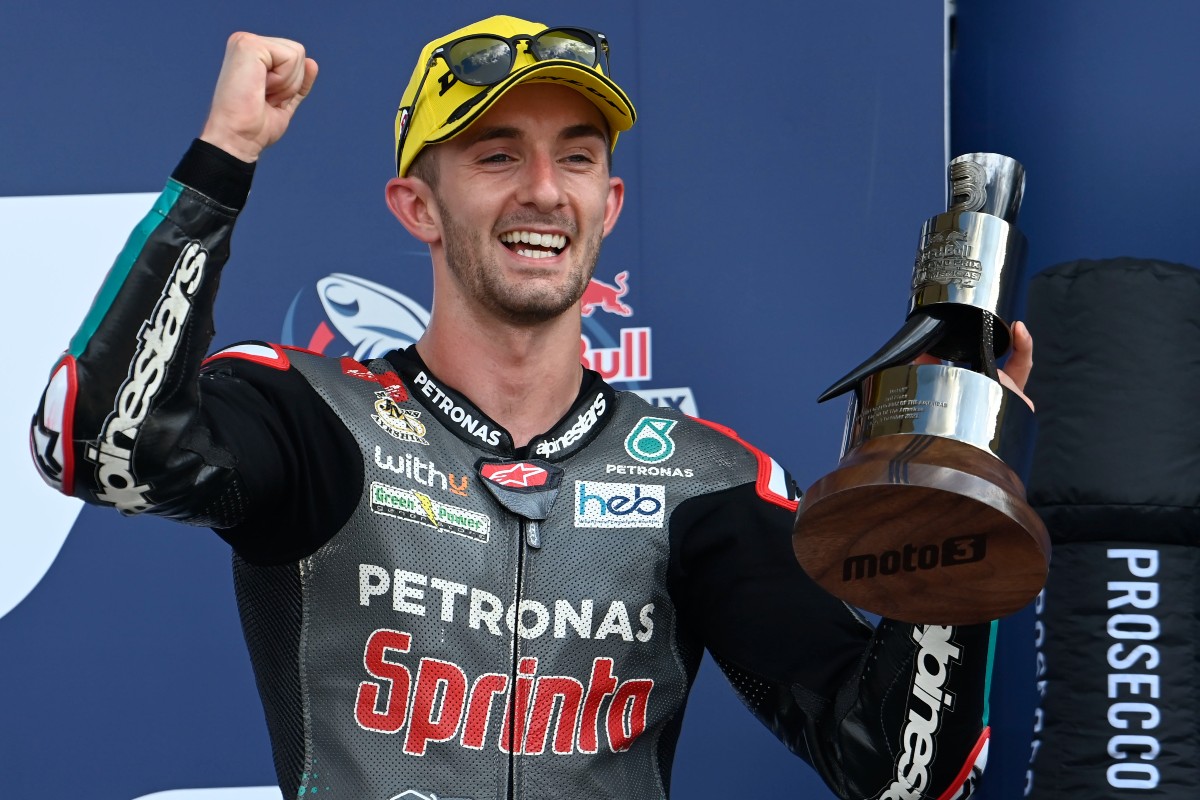 In a double-red-flag-interrupted Grand Prix of the Americas, PETRONAS Sprinta Racing’s John McPhee and Darryn Binder proved the pace-setters today at the Circuit of the Americas. After a dramatic turn of events, John took his first podium of the season with third place, whilst team-mate Darryn Binder took seventh, but it could have been much more.

After an initial seven laps, the race was restarted as a five-lap sprint which was also red-flagged after two laps when John and Darryn held first and second positions. Due to the duration of the restarted race completed, the result was backdated to prior to the first red flag, denying the duo a double podium.

Settling into his rhythm in the first part of the race, John quickly started making progress and set the fastest lap of the race as he moved into third position before the first red flag. With that being the declared result, John took 16 World Championship points and his first podium of the season

Darryn Binder made an aggressive start from 17th on the grid to make up a remarkable nine places on the opening lap, climbing to 7th to run alongside team-mate McPhee as the pair continued to cut through the field. He was disadvantaged by the red flag as it cancelled out his progress to a high of second overall, preventing him from capitalising on his progress.

Binder and McPhee will now enjoy a short rest, before racing resumes later this month with the Gran Premio dell’Emilia Romagna (22-24 October).

It was a crazy race. Thankfully I didn’t see too much of the incidents that happened and I hope the guys are all ok of course. I’m really, really happy with the performance today – we haven’t exactly struggled this weekend but there were areas where we weren’t the strongest, but come race day I was much stronger than I thought. Big thanks to the team because the bike was working so well. I could brake so deep and turn so well and fight my way through. I was in the front three and thought at the restart ‘let’s try and make the most of this’ and managed to pull out a couple of tenths in the lead when it was red flagged. To have the first podium of the season, which is crazy to say at this point, I’m really, really happy. A win would have been great but rules are rules so it is what it is. I was feeling so strong I would have been up for having another start, but we can’t be disappointed with that. We were fast enough to win the race but we’ll take the podium.

It’s been a really difficult weekend for me – I’ve been struggling to find one-lap speed, but in the race I knew that if I could just get my head down and keep chipping away I could get to the front. Just before the first red flag came out I’d actually got myself into fifth which I was happy with but when the flag came out we went back a lap so I restarted seventh. I really knew I was in with a shout and I was really keen on a five-lap sprint race. I got off to a great start and was sitting in second place. I don’t know what happened to Guevara’s bike but the next corner I was a bit skeptical if there was something on the track so I got passed for third. I was back into second when the second red flag came out which was a real shame. Still, I’m happy because the team just kept working so hard and we kept improving. I mean we came through Q1 and qualified 17th but on Sunday we managed to pull everything together, and the same with John too. It was so nice to be fighting for the podium with my team-mate again, and I feel it’s the way it should be. Congratulations to John! It’s exactly what we all needed and I feel like the team especially really deserve these results.