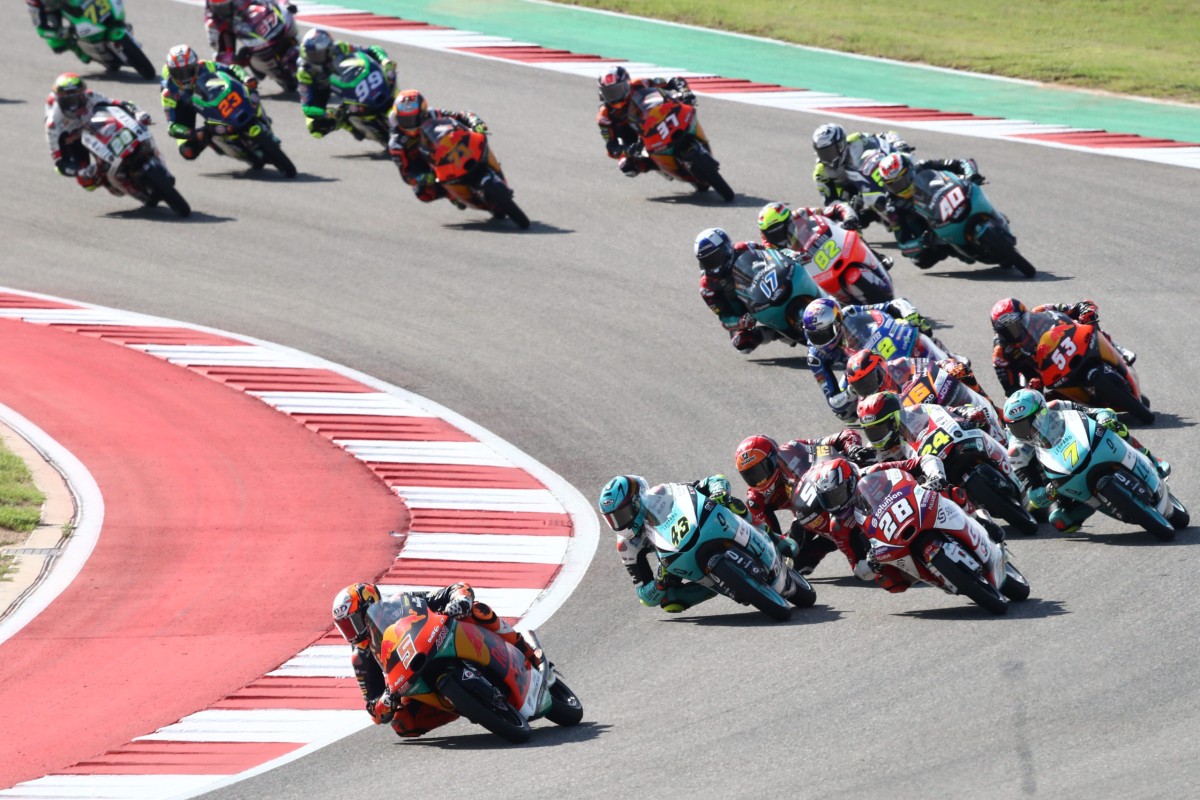 The Americas Grand Prix race featured two red flags that eventually forced the round to end prematurely. After an incident on Lap 8 an initial 5 lap sprint was set up, but a subsequent crash involving numerous riders called the contest off definitively. Jaume Masia concluded the weekend with a fourth place finish, with Pedro Acosta eighth. The latter suffered a heavy crash from which, fortunately, he emerged unscathed.

Masia took off from the pole position and held the holeshot, before holding off the passing attempts by his rivals and continuing inside the top 5. After the red flag, the Spaniard started from fourth place, and again attempted to set a fast pace. Masia was second when the race was ended definitively, but was given fourth at the Americas GP on the countback.

Acosta, who was on the fifth row on the first start, pushed hard and, in just five laps, climbed 7 places from 15th to 8th. After the restart, the Spaniard began well, but a scare at the beginning of the second lap of the sprint made him lose several positions. Shortly afterwards, he was one of the riders caught up in an incident involving multiple competitors, and with the race called off the official results were those of the first start. Acosta was awarded eighth position.

Acosta remains the leader of the Moto3 World Championship with 218 points. Masia is 5th with 135. Now the Red Bull KTM Ajo Moto3 duo will enjoy a short break, before returning to action at the Emilia Romagna Grand Prix on October 22-24th.

It was a shame about what happened today, as we were feeling very good and we had the chance to get a great result at this race. Now we have to focus on the next contest in Misano, where we hope to continue in the same positive way as at this round. We will try again with all our strength.

I suffered a heavy blow today, but the important thing is that I’m ok. What I can take away is that I felt very strong in both races. I was in control of the group and my intention was to reach the end of the contest calmly and without showing all my cards immediately. After the first red flag, on the second start, we applied the same strategy, but unfortunately the crash prevented us from completing the round. Luckily, I’m not hurt, and now I’m thinking about the next GP, at Misano.