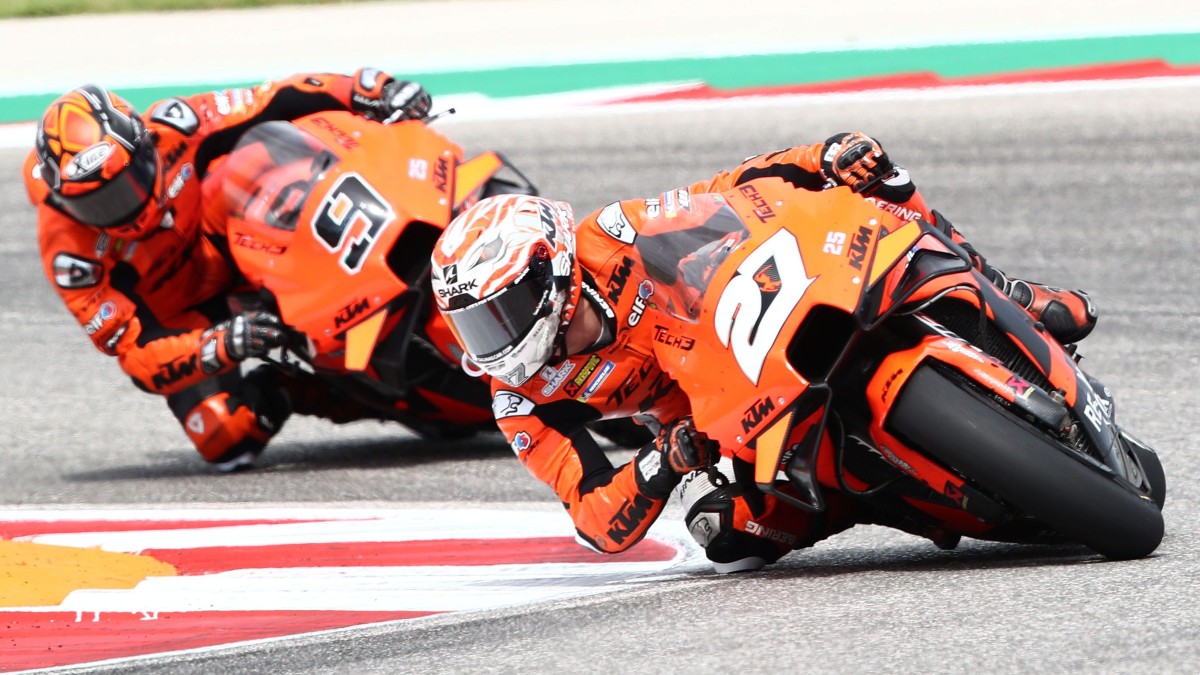 The Circuit of the Americas proved to be a challenging place for Iker Lecuona and Danilo Petrucci from day one as they have been struggling especially on the bumpy surface with their KTM RC16. Yet, both tried to make the best of it and eventually saw the chequered flag after 20 hot laps on Sunday.

Lecuona, who had started from P17 on the grid, moved back and forth in the first laps until he settled close to the top 15 around halftime of the race. He managed to bring P16 over the line and missed out the points by 2.934 seconds. Likewise, Petrucci tried his best to stay upright, made up a few positions at the start from P21 to be in 19th on lap six. With a pass on Franco Morbidelli, he eventually secured P18.

It was a very difficult weekend in general. I don’t feel good with the bike in these track conditions, so I struggled a lot. In Warm Up this morning, I was alone and my pace was pretty good to fight maybe even close to the top 10. But in the race, on the first lap, some guys hit me two or three times in the first corners, so I was far back. Then I tried to recover, but I used a lot of rear tyre in the first laps, so I didn’t have any grip anymore. In the last 10 laps I tried to recover the gap to Rossi and I made up almost three seconds, but then he improved a lot as well. It was very hard and finally we didn’t get any points in P16. But we gathered experience. We learned a lot during this weekend and I think now I have two weeks to recover and be fit for Misano two.

It was really a difficult race. I tried at the beginning to stay with the others, but we faced the same issues like all weekend long. It feels like I can’t really use the tyre properly and my bike doesn’t turn like I want it to. I lose a lot of energy on braking in order to try to stick with the rest, but then also in the corners I was slower and in trying to be faster I risked crashing many times. On the last lap, I was really blocked with my back. I was riding all the race with a lot pain. It was very difficult. Anyway, we tried and we will try again in Misano.