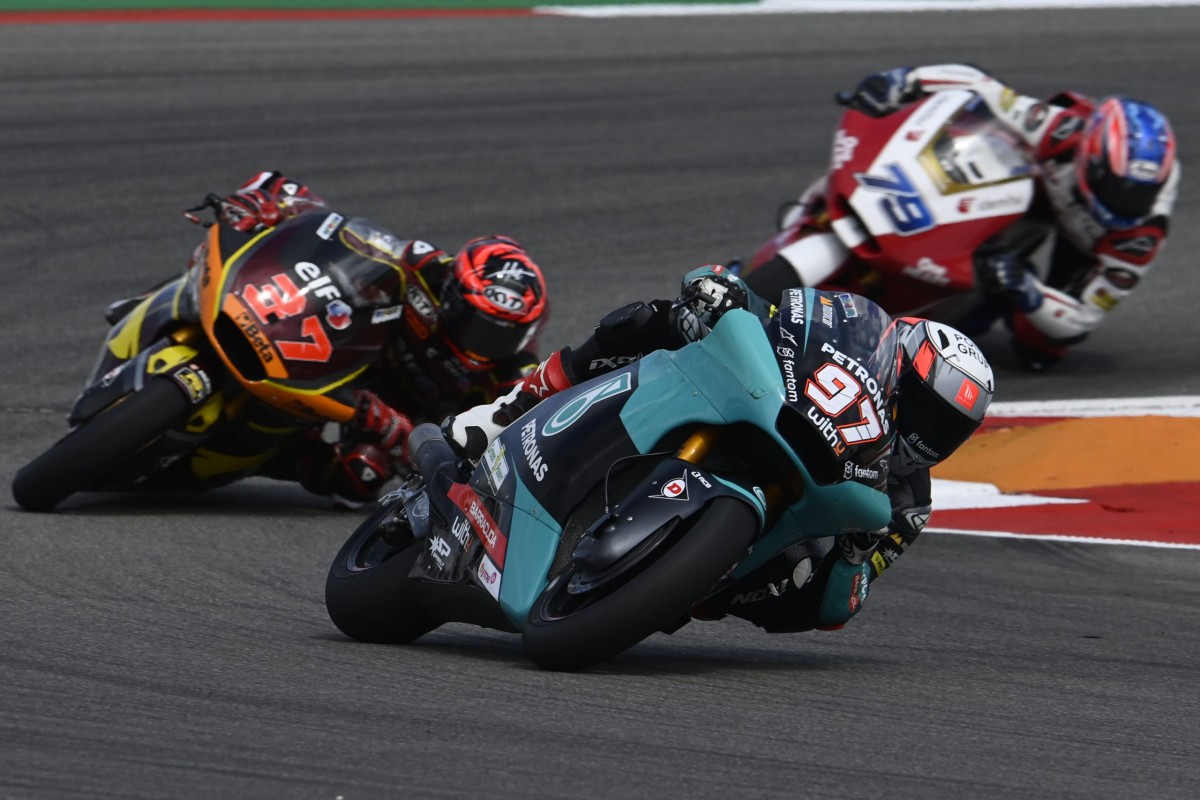 The culmination of a positive Grand Prix of the Americas was a double top-ten finish for PETRONAS Sprinta Racing’s Moto2 pairing at the Circuit of The Americas, with Xavi Vierge coming home in eighth and Jake Dixon climbing to tenth.

Xavi Vierge started from 12th on the grid this afternoon and chipped away to make steady progress through the field, holding firm in eighth for the majority of the race, having held seventh for a time at mid-distance.

On the other side of the garage, Jake Dixon had a strong and confidence-restoring Sunday. Starting from 13th on the grid it took a few laps to settle into the flow, but thereafter Jake fought steadily through the pack to secure a top ten in his first race at COTA.

With three rounds remaining, Xavi sits tenth overall in the World Championship standings, and Jake moves up to 19th after today’s result.

There will be a short break now before PETRONAS Sprinta Racing head to Misano for the Gran Premio dell’Emilia Romagna later this month (22-24 October).

It’s been a really tough weekend but the team worked really well and I feel that we took the maximum that was available today. I made a good start and we fought well but didn’t have the pace to run with the front guys all race. Anyway we finished a difficult race inside the top ten, in eighth, and we are getting closer to the front. Now we have two weeks to make a step forward and fight in the last races and finish the year on a high.

The race was one of two halves really – I think on the first six or seven laps I struggled a lot and in the end that cost us a lot of time. At the end I was really fast – my mid to end race pace was amazing and good enough for around top five, so overall quite satisfying as it’s my first real race here at this track. It’s a hard track to learn so to say that I finished top ten first time out isn’t bad, and we got faster throughout the weekend. I’m happy with the way the weekend went and feels like we have a basis to really build for the final races now. I feel like we’re starting to come back to where we were at the end of last season.