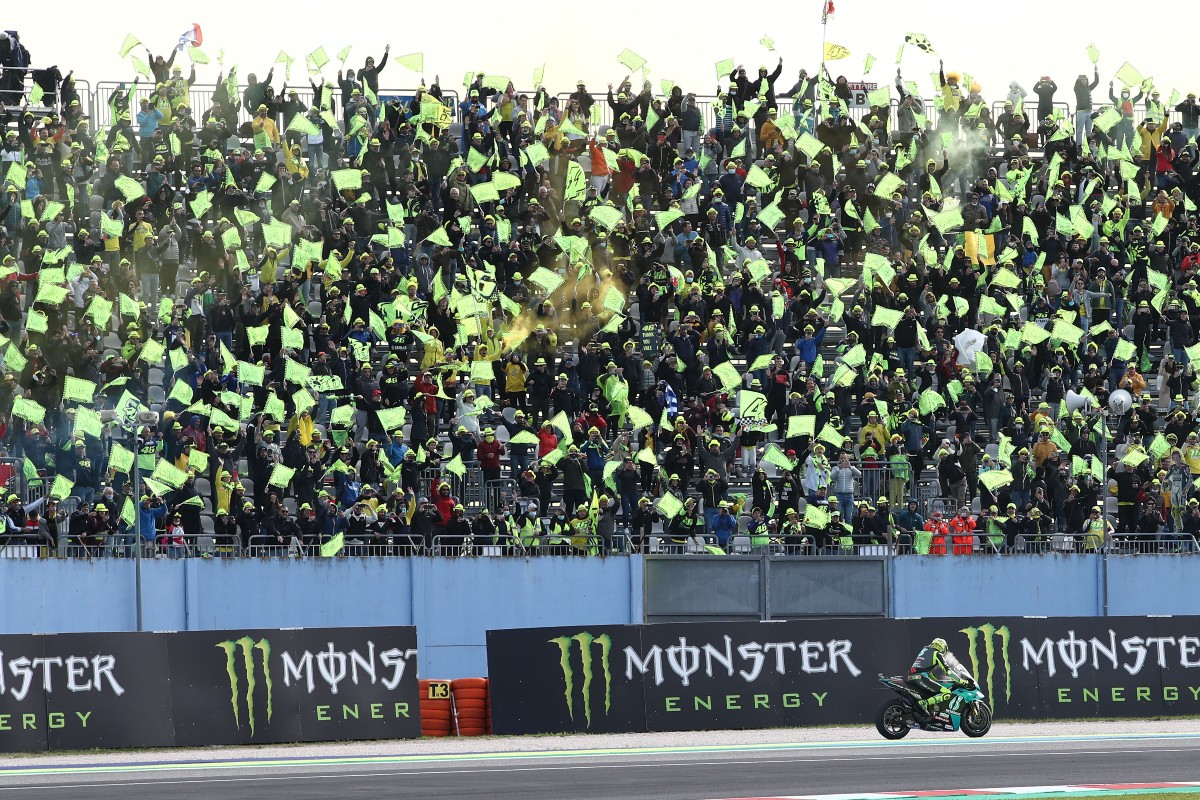 PETRONAS Yamaha Sepang Racing Team’s Valentino Rossi ended the Gran Premio Made in Italy e dell’Emilia Romagna, the final home MotoGP of his career, with a top-ten finish. Team-mate Andrea Dovizioso ended his home GP in the points in 13th.

In a race that saw eight riders fail to finish, Rossi rode a smart race and made no mistakes in the dry conditions – the first time all weekend that the Misano circuit had been completely dry. After maintaining his 23rd position off the line, the Italian was able to stay with the field and had moved into the points positions by lap 13. A strong end to the final home MotoGP of his career saw ‘Vale’ battle to the chequered flag and cross the line tenth. Rossi was then able to celebrate his result with his yellow-clad crowd in an emotional final honour lap of Misano.

Fellow Italian Dovizioso, who lined up 21st on the grid, lost places at the start of the 27-lap MotoGP and was 23rd on the opening lap. He enjoyed a brief battle with team-mate Rossi early on, but was unable to stay with him as the race unfolded. Despite being handed a long lap penalty late on for exceeding track limits, ‘Dovi’ was still able to finish his home GP inside the points in 13th.

There will now be a one-week break for Rossi and Dovizioso before the final two Grands Prix of the season, which will be run back-to-back, get underway with the Grande Prémio do Algarve first up (5-7 November).

I’m happy about today because I was able to have a decent race, despite starting from the back of the grid. I had a good pace, plus I felt good with the bike and the tyres. I was able to push, enjoy some fights for position and finish in the top-ten. This is the best way to say “ciao” to the crowd because there has been a great atmosphere today with the track full of fans. I was also able to enjoy some nice moments after the flag. Usually I don’t like surprises, but to see ‘Grazie Vale’ around the circuit and all the celebrations organised after the chequered flag was very emotional for me. Fabio [Quartararo] really deserves the title because he has always been very strong and made no mistakes. I send my congratulations to him.

It has been a very difficult weekend because we struggled a lot in the wet and I was not that fast yesterday. I expected a bit more today, not with our position but with our pace, however it didn’t feel good from the start of the race. I didn’t really improve this weekend, however we tackled some bad conditions and this can help us make changes to the bike. Overall though, I’m not too happy with the weekend, but I expect to improve the feeling in Portimao. Fabio [Quartararo] has done something crazy this year and is riding in a special way, so big congratulations to him because he has been so consistent this year and I’m really happy for him.

#EmiliaRomagnaGP, Valentino Rossi
Get All Our Latest News Sent Direct To Your Inbox
Join 30,271 other subscribers.
Follow on Social Media
Get the VROOM Podcast
Download our Vroom.GP App