Another win for Foggia at #EmiliaRomagnaGP, Artigas 9th 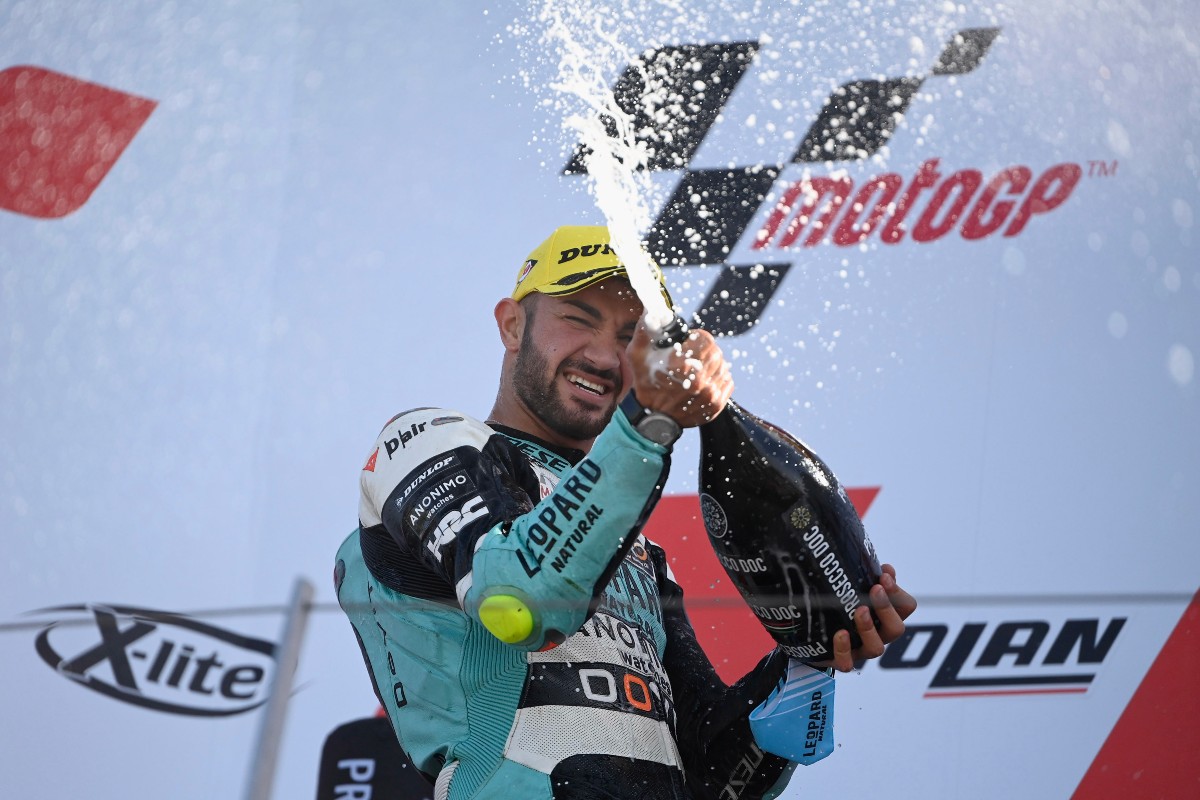 Another victory to add to our records! It’s been a great Sunday at the Misano World Circuit Marco Simoncelli, a crucial race for the Championship that has ended up in the best way!
​
Dennis Foggia, starting from the 14th spot on the grid has done a tremendous job and has crossed the line as the winner of the Moto3 race. The Italian has scored his 5th victory of the season, and the 10th rostrum result of the year.

Right now, Foggia is second in the general classification after having gathered 213 points and is 21 far from leader Pedro Acosta.

With things this way, Dennis and the Le0pard Racing still have chances for the Moto3 World Champion title. It won’t be easy, but mathematically it is possible so the team never stops dreaming!

As for the Spanish man of the team, Xavi Artigas, he’s ended up 9th and has grabbed solid points. Good job, Xavi!

The next race will take place at the roller-coaster of Portimao’s circuit in two weeks. We can’t wait to see what happens at the last stages of the 2021 season!

It’s been an amazing day, the victory was our goal and I was really determined to take it. I’ve won the three Italian races of 2021 and that’s more than I expected. We are now 21 points far from Acosta and we’ll give our best in Portimao and in Valencia to get the maximum, let’s see what happens! Many thanks to my team, to my family, to my sponsors, and everybody supporting us.

A ninth place isn’t a bad result as we’ve confirmed we’ve done a step forward. I’d had fun despite I wanted to take a better result. Now we will try to enjoy as much as possible the last two races of the season!