Antonelli finishes the #EmiliaRomagnaGP in 6th as Tatay retires 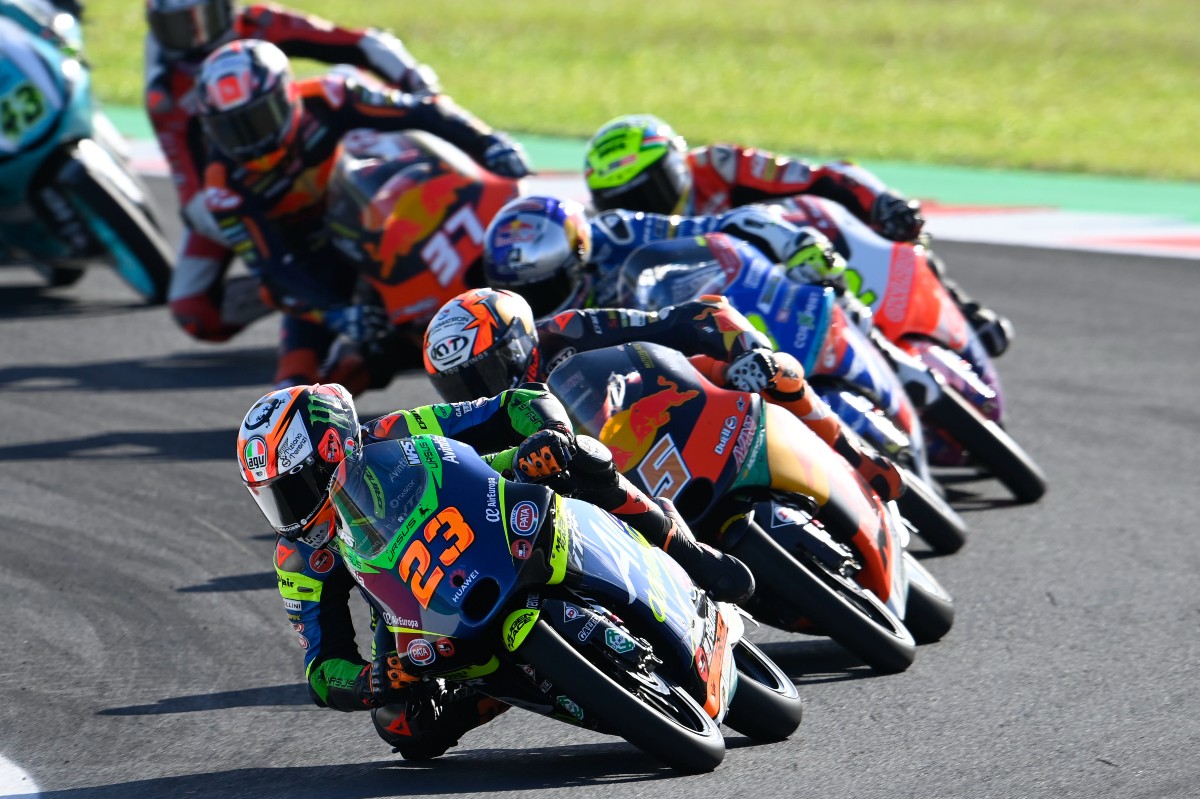 Niccolò Antonelli was unable to turn pole position into victory. The Italian rider, who dominated most of the race, made a small mistake with 12 laps to go when he was in first position, which made him lose his chances of victory. In the end, Antonelli finished 6th.

Carlos Tatay was forced to retire with 11 laps to go before the chequered flag. The Valencian rider has suffered some pain from his ankle injury and was unable to finish the Emilia Romagna Grand Prix race.

Niccolò Antonelli and Carlos Tatay will now head to the Algarve International Circuit, where the Grande Prémio do Algarve, the penultimate round of the season, will be held in two weeks’ time.

The start of the race was good and everything was going well. I made a small mistake and from that moment, the feeling with the rear was strange. From then on, I didn’t have the pace I had at the start of the race. It was difficult in general, as we hadn’t ridden in dry conditions all weekend. It was a lottery, but we still managed to get a good sixth position.

A complicated day. Halfway through the race I felt that my foot couldn’t take the effort, I started to lose mobility and I decided to retire. It wasn’t our weekend, but we’ll keep working for the two races to come.