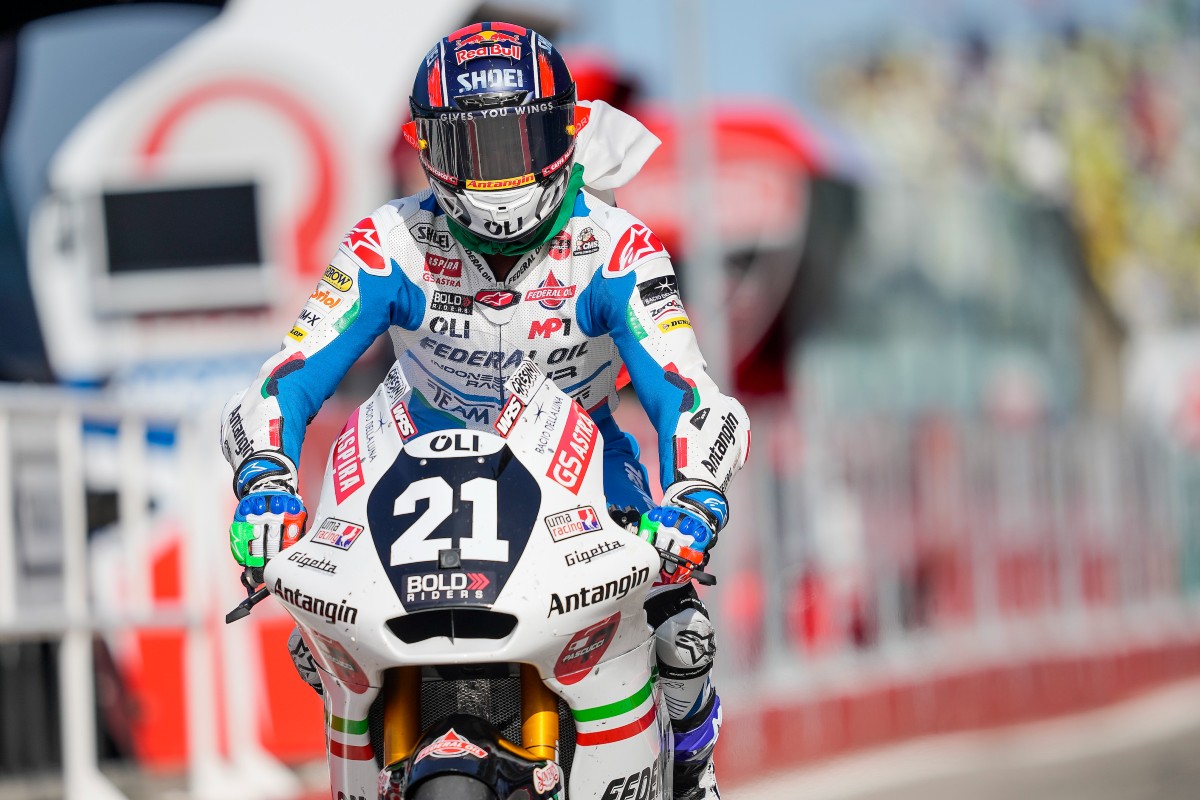 Fabio Di Giannantonio managed to put together a great comeback today, but one that left a bittersweet taste in his mouth: his eighth position at the line after starting from 20th on the grid is surely a great result, but the regret for what could have been without a disappointing qualifying is there.

The performance by the standard bearer of team Federal Oil Gresini Moto2 was nevertheless an excellent one, as Diggia battled hard to secure eight important points for both his morale and championship position.

Nicolò Bulega had a much more complicated race after yesterday’s crash at the start of Q1, which compromised his grid position and his feeling on the dry with his white-light blue Kalex machine. There is now time to rest a little before the last two back-to-back races of the season.

I’m totally happy with my performance, a lot less about the result. Today we were really competitive and we need to keep this feeling with us for the final races. Unfortunately today’s result was compromised by a challenging weekend, but we had to do well and in some way we managed to do so. It was a great emotion to do the lap on track with Luca, Nicolò and Loris. It was a great salute to Fausto.

We paid the price for yesterday’s crash in Q1 and it’s not only about the starting position. Unfortunately today’s race was the only dry session we had and I needed a few laps to find the right feeling. From halfway through the race I managed to find a good rhythm, but it was too late. It was nice to race with these colours honouring Fausto, it stirred great emotion.

#EmiliaRomagnaGP
Get All Our Latest News Sent Direct To Your Inbox
Join 25,263 other subscribers.
Follow on Social Media
Get the VROOM Podcast