Double podium for Masia and Acosta – 2nd and 3rd in #EmiliaRomagnaGP 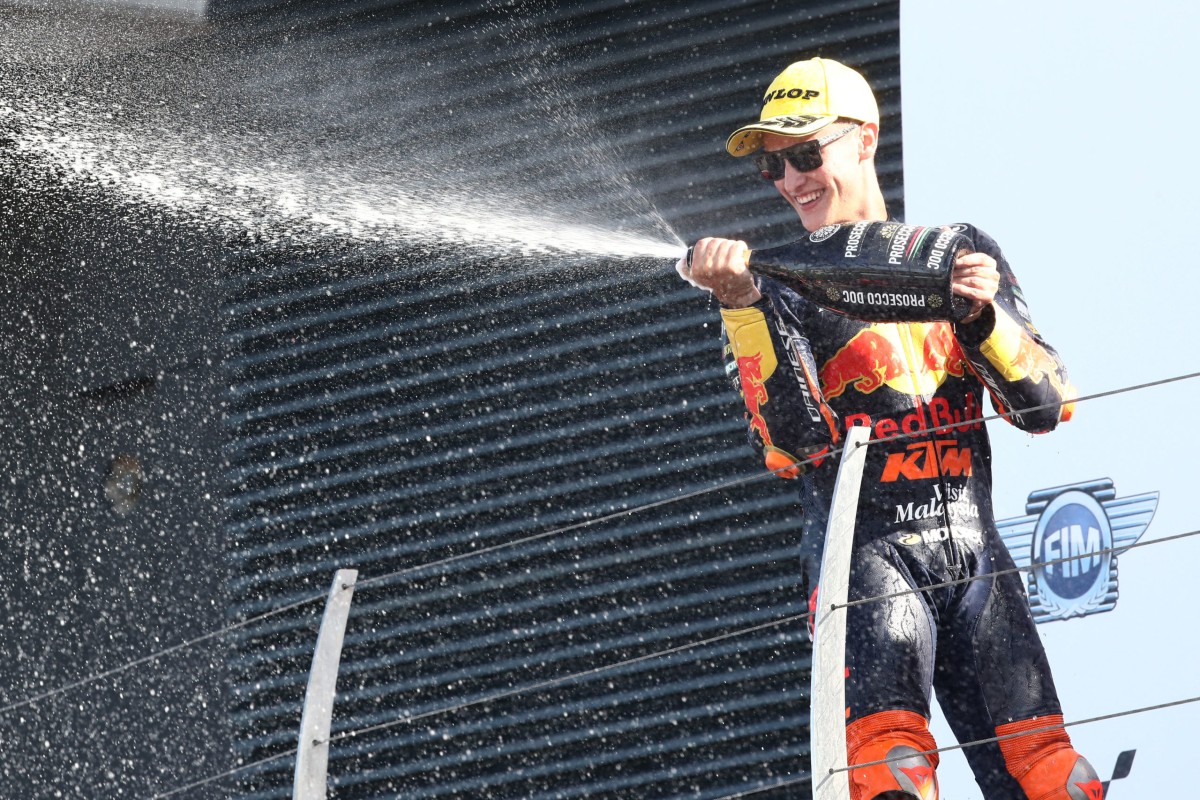 Red Bull KTM Ajo Moto3 put the finishing touch to the Emilia Romagna Grand Prix with a podium double for their riders, earning them the 2021 Team title in the process. Jaume Masia battled to the end for the victory, and finally achieved second place. Pedro Acosta had a spectacular contest and rallied late to earn third.

The Emilia Romagna Grand Prix started well for Masia, who took off from the second row of the grid and was sixth by the end of the opening lap. He quickly joined up with the leading pack and progressively began to climb positions. Amongst the rostrum spots as early as Lap 3, Masia held off the constant attacks from his rivals and, finally, broke away with the leader of the race to fight for the victory. His second place was his third podium of the 2021 season.

Acosta started from the fifth position and dropped into a large group at the end of the first lap. Without losing focus and calm, he moved up the order and claimed the lead at the halfway mark of the race. Shortly after, Acosta became immersed in a constant exchange of overtaking moves that caused the pack to break up. In the final stages, the World Championship leader made a push and crossed the line in third. It was his seventh time on the rostrum this season.

Acosta continues to lead the Moto3 World Championship with 234 points. Masia is fourth with 155. Red Bull KTM Ajo Moto3 will enjoy a week off before the last two rounds of the year, starting with the Algarve Grand Prix from November 5th-7th.

I’m very happy. We gave it one hundred percent. Today our rivals were strong, so we tried to keep up with them with all our strength. We hadn’t ridden in the dry all weekend until today, so we didn’t know how we were going to feel on the bike. In the end, we were competitive enough to fight at the front. However, we pushed our tyres to the limit and at the end we were not able to fight for the victory as we would have liked. It was tough, but we got a second place and I feel satisfied. I want to thank the team for all the work they have done.

It was a tough race. Despite not having been dry all weekend, we had a good bike. However, we had small issues at points that I did not expect. We have taken another podium and we continue to focus on our work, as we are already thinking about the next round: the Algarve Grand Prix. We will once again give 100% there to have another good performance.