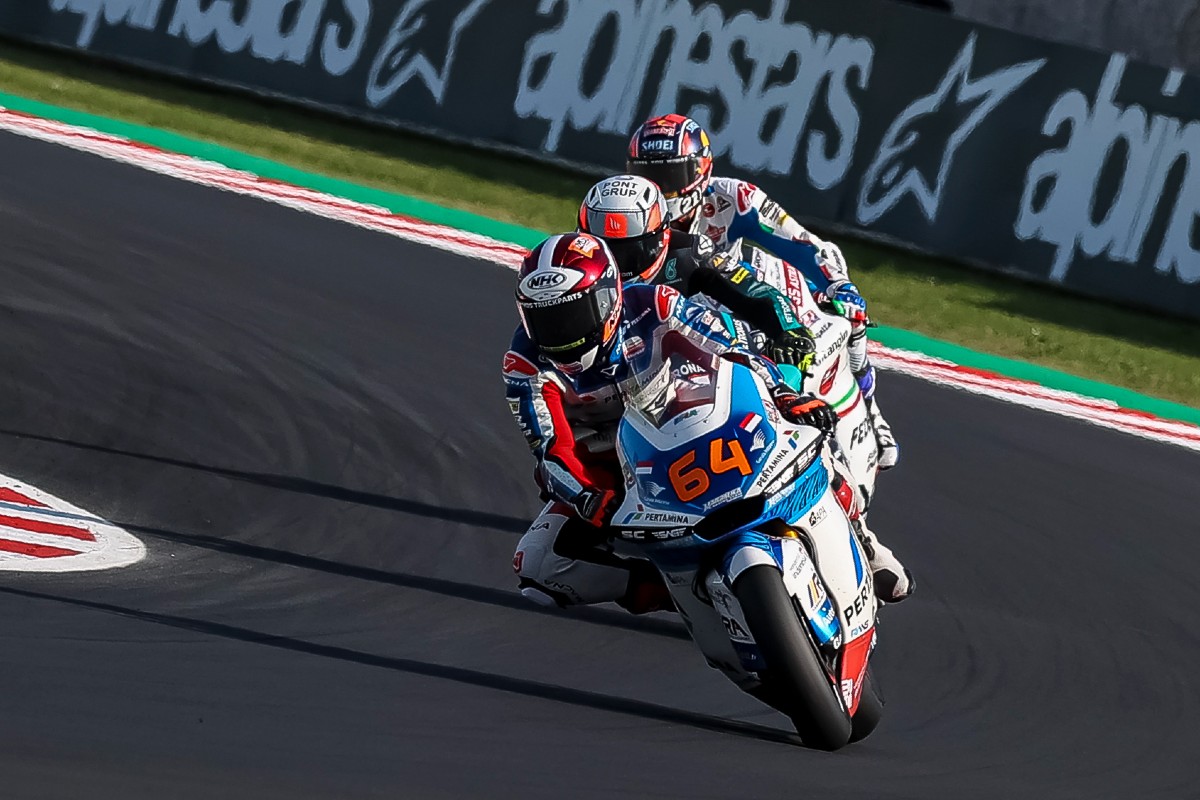 The Pertamina Mandalika SAG Team riders finished in the points in a race with completely different conditions than during the weekend. Tom Lüthi was fourteenth and Bo Bendsneyder twelfth after both overtook positions.

Tom Lüthi lost some positions at the start after starting from eleventh place. The Swiss rider was able to recover and lap by lap he gained places in the race. With fifteen laps to go, Lüthi was already running in points positions. He fought for the fourteenth position, although he finally crossed the finish line in fifteenth.

Bo Bendsneyder was able to come back in the first moments and stayed in the points throughout the race. Bendsneyder made it to twelfth place and fought for this result until the last lap, adding new points in the general classification.

The next race will take place at the Grande Prémio do Algarve, in Portugal, from November 4-7.

It’s been a really positive Sunday. The most important for me is that we made a big step if we compare to the first race in Misano where I was struggling a lot, I ended in the last position and it was the worst weekend of the season. If you come back here and you finish P12 I think we can be happy. We still have to improve; we need to be really happy with the positive things. I want to thank the team because they did a great job, we saw something in the previous races in Misano 1 and in America and we definitely confirmed them here. Let’s keep working for the next round and try to finish the last races in the best position to finish the season.

Unfortunately, it was a disappointing race for me. I was expecting that I could perform better in the race. The feeling I had in the qualifying with the front was much better than today so I couldn’t bring the tyre into the right position. I was really struggling throughout the race from the beginning and also towards the end. In the middle, I was a little bit better but my lap times were absolutely not fast enough and also not consistent enough. Sorry to the team that I couldn’t take home more points but I’m going to try again in Portimao. Let’s keep the head up and let’s fight in the next race.