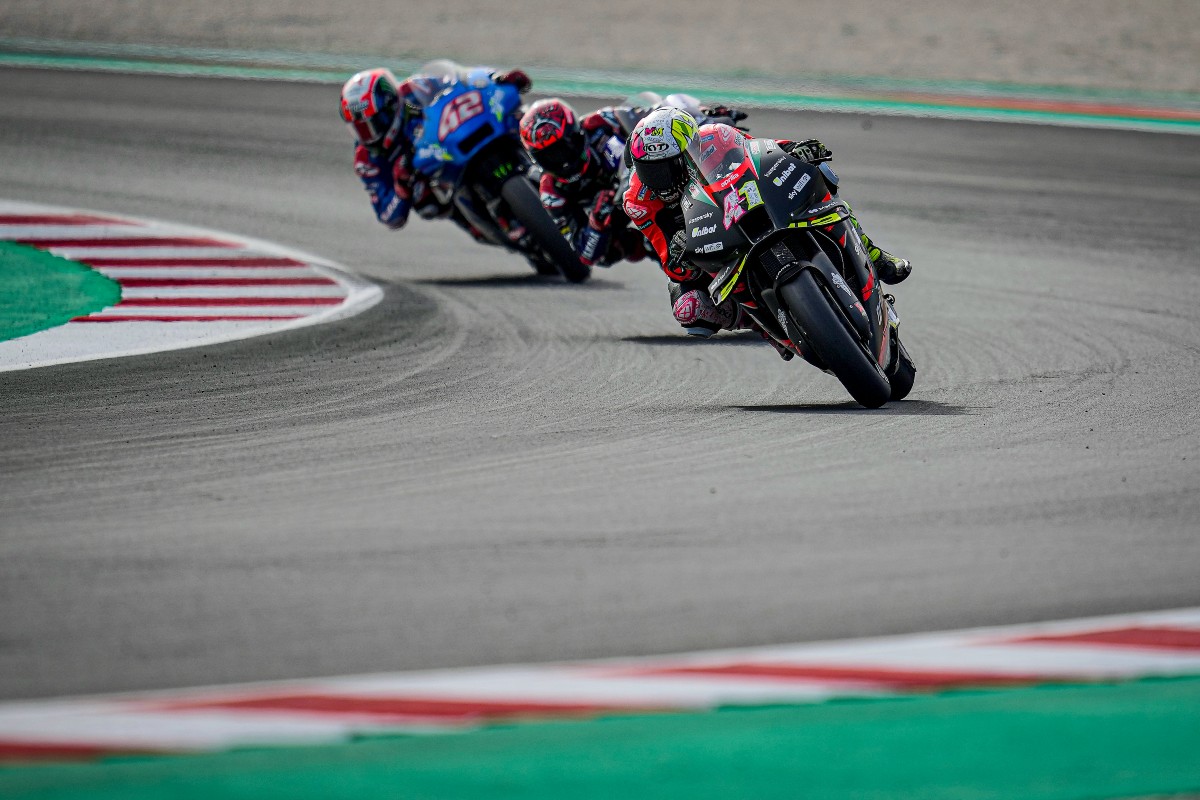 Both on a comeback ride from their respective starting positions, Aleix and Maverick rode their RS-GP machines into the top ten but with two rather different races.

Aleix started well from the eleventh spot on the grid (fourth row) and, overtaking Morbidelli and Marini and thanks to a few crashes involving the riders ahead of him, he moved all the way up to fifth place. However, from there he had to begin defending his position due to poor grip at the rear and, therefore, low traction. In the end, he managed to take home seventh place, which is yet another outstanding placement in a positive season where, with two races left to go, he is eighth in the overall standings.

For Viñales, on the other hand, the race was a constant fight to come back from behind from the nineteenth spot on the starting grid. Maverick struggled, having to overtake in the pack during the initial stages of the race, but as soon as he was able to lap freely, and especially in the finale, he did extremely interesting times that brought him into the top ten (for the first time with Aprilia), just behind his teammate.

Heartfelt thoughts from the riders and the entire Aprilia Racing family go out to Lorenzo Savadori who, after fracturing his right collarbone in a crash during practice, underwent surgery on Saturday evening in Modena, performed by the team of Professor Porcellini and Doctor Catani. The operation went extremely smoothly and the goal is now for Lorenzo to recover in time for the Jerez tests in mid-November.

I’m happy enough with the points we earned today, especially because my pace wasn’t exactly exceptional. Unfortunately, I didn’t feel good grip at the rear tyre and I struggled throughout the race. In light of the complications this weekend, leaving Misano with a solid performance is important. We aren’t far from the top seven in the overall standings and we’ll give it our all down to the last race.

I’m happy because before the race we made a substantial change to the bike’s balance. It was a gamble, but our goal is to try to get to know this bike better and better. It worked extremely well. I had a good pace from the first laps and the only thing that kept me from battling for an even better result was the fact that I had to make up positions from behind. I am extremely confident after what we demonstrated today. Step by step, the rider-team-bike package is coming together and that is fundamental.