Great 6th place for Manzi in #EmiliaRomagnaGP, DNF for Garzo 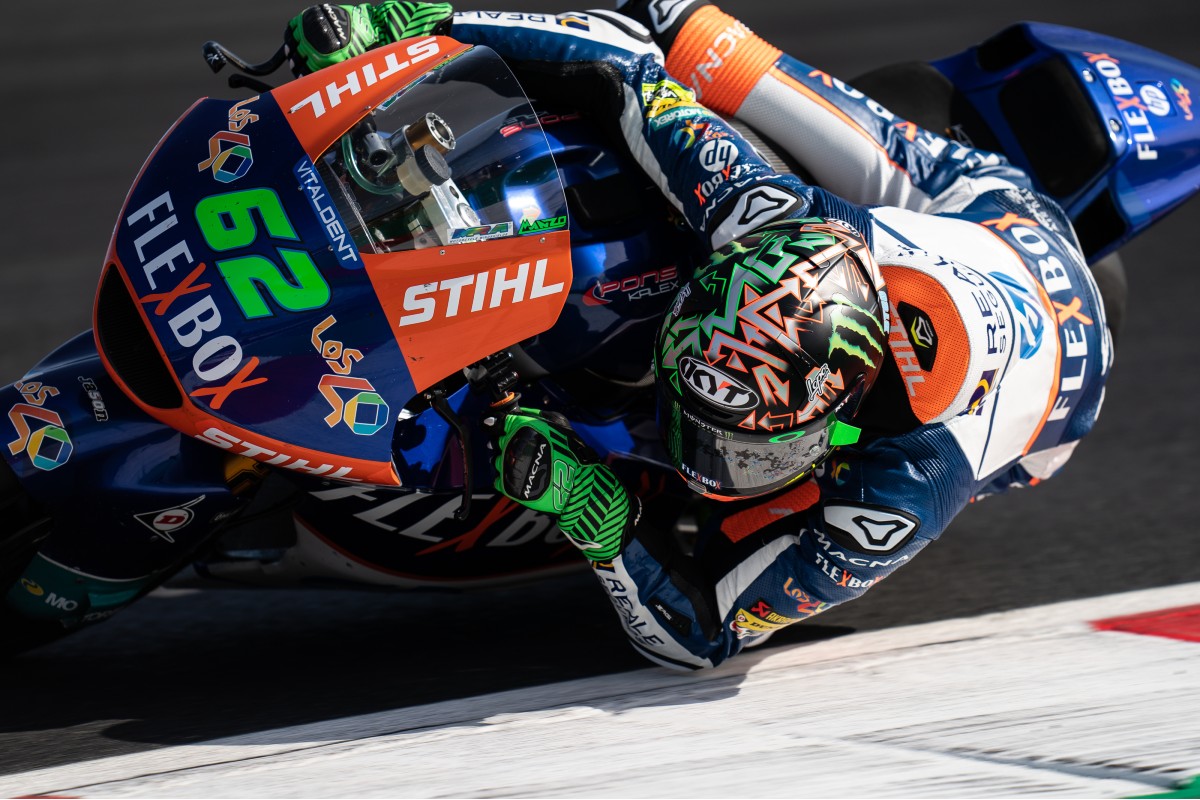 The Italian of the FlexBox HP 40 had a good feeling throughout the weekend and was already starting the grand prix from seventh. After a good start, Manzi spent the whole race in the front group, running among the best and close to the podium positions, to finish crossing the finish line in an excellent fifth position, 5 seconds behind the winner, thus culminating a very good weekend.

Garzó has had worse luck. Sito Pons’ pupil made a good start from fifteenth position and was setting a good pace. With positive feelings on top of his Kalex, Garzó was gaining positions but crashed at turn fifteen with ten laps to go. Bad luck when he was doing on a good race.

I’m very happy with how the whole weekend has gone, and finishing sixth is a very good result. Today everything went well and we had a great race and I want to thank the team for their work. Now it’s time to think about Portimao.

Sunday positive despite the crash. We made a good start and we had a good setting, we were well positioned, but on a corner, at 15th, I lost the bike in front and hit the ground with ten laps to go. Despite the crash, I had good feelings and that’s the positive, and now we must try these last two races with good performances. Thanks to the team for continuing to push and working as always despite things not working out.