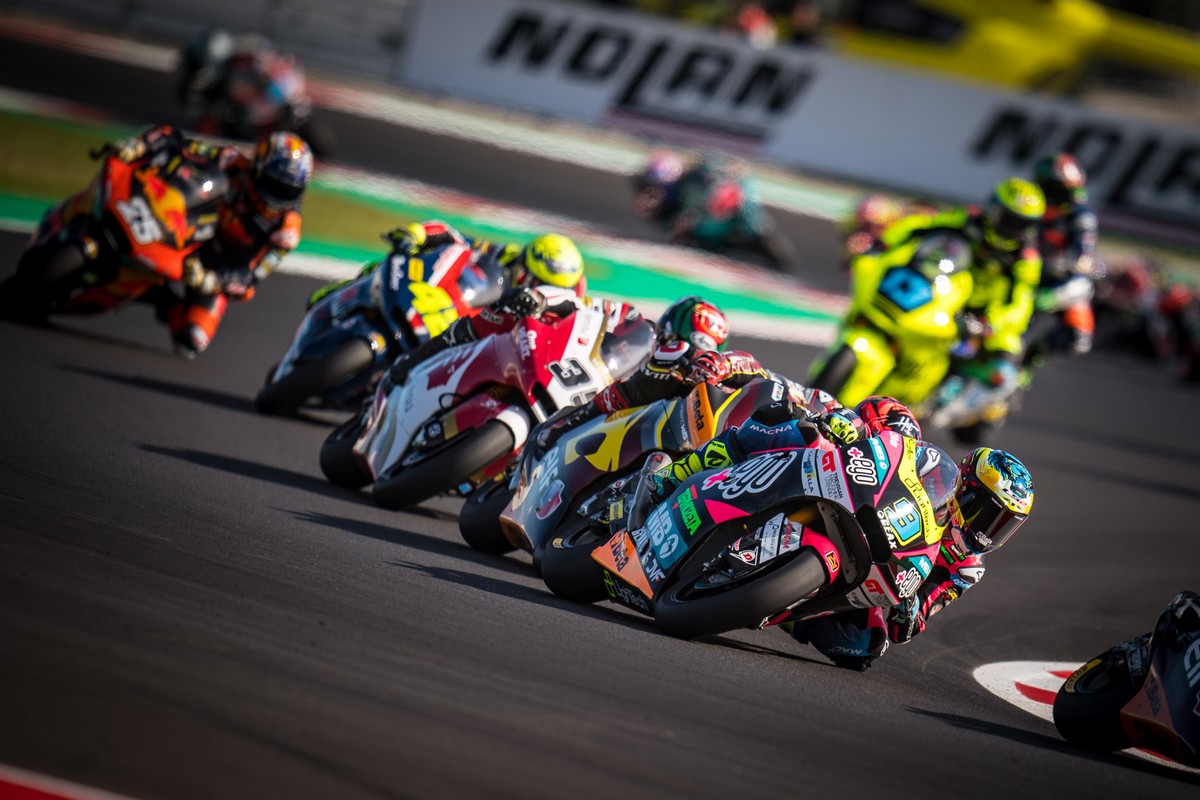 A weekend full of emotions has just ended for the + EGO SpeedUp team that leaves the Misano circuit with the solid performance of Jorge Navarro, p5 at the finish line, and the good result of Fermín Aldeguer, sixteenth.

Navarro got off to a good start, battling Lowes and Canet for first position during the opening laps of the race, but a problem at the front forced Jorge to handle the bike differently. Determined, indeed very determined, he gave everything remaining among the first until a few laps from the end when due to an error he gave the pass to Fernandez and Vietti seeing the podium fade.

A weekend spent learning and improving for Aldeguer where the weather forecast had a former role. The young Spaniard faced the dry track for the first time in the race and lap after lap he managed to improve his pace by arriving at the finish one step away from the points.

Generally happy with how the weekend went because we were competitive in all conditions. Today in the race I got off to a good start, aggressive, and in the first laps I also finished leading the race. Unfortunately, the sensations with the front were not the best even though I resisted and fought for the podium until a few laps from the end when I made a mistake with the gear and suffered a highside. There I lost two seconds and two positions. I tried not to give up and to catch up but it was too late. Anyway, happy with this grand prix and our level. We want to improve the small details that prevented us from winning and sure that we will have fun in the last two races!

A fairly difficult race mainly due to the blind conditions. We had never ridden on a completely dry track so we knew it could be very complicated. However, I am happy with how we improved in the race, lap after lap, setting a good pace. It was a weekend in which we learned a lot and gained experience on the bike for the next two races, but especially for the next season!