Points for Dixon with 13th in #EmiliaRomagnaGP, crash for Vierge 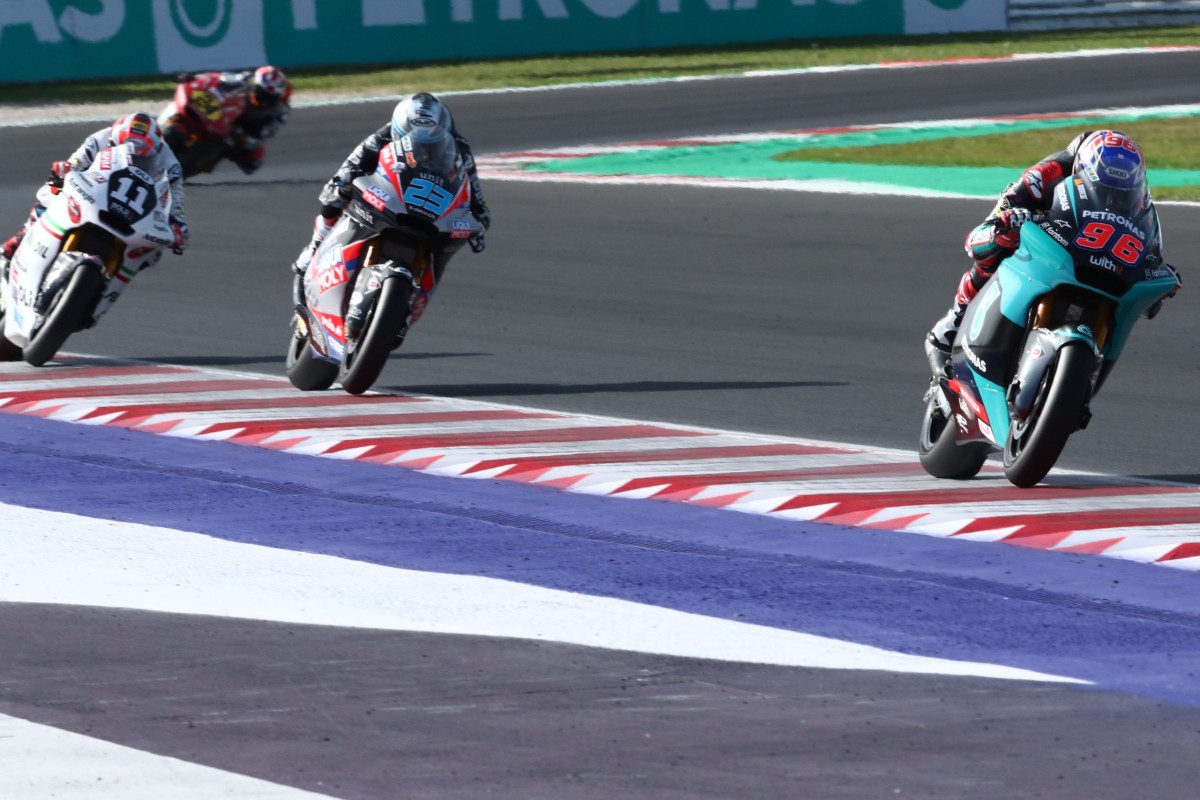 PETRONAS Sprinta Racing’s Jake Dixon ended the Gran Premio Made in Italy e dell’Emilia Romagna inside the points in 13th, despite serving a long lap penalty, while Xavi Vierge crashed out with nine laps to go.

Dixon had a steady start from 17th on the grid, dropping one place on the first lap. On Lap 3 the Brit took his long lap penalty, picked up in Qualifying yesterday, and re-joined the track in 24th. Making his way steadily through the field, Jake was 17th at the midpoint. Continuing to battle hard, make progress and recoup positions until the chequered flag, Dixon ended the Emilia Romagna GP inside the points in 13th. Bringing his points total to 30, he currently sits 20th in the riders’ standings.

Team-mate Vierge, who started the race from 16th, had a strong start and was inside of the top-ten by the midpoint of the opening lap. The Spaniard unfortunately dropped down to 14th on Lap 7 after a moment on track and had to battle hard to make progress through the field, but had made it back to the top-ten on Lap 15. Unfortunately a turn 4 crash brought Xavi’s race to an early conclusion on Lap 17. He now sits 11th in the World Championship standings with 83 points.

There will now be a short break for Dixon and Vierge before they head to Portugal for the Grande Prémio do Algarve (5-7 November) – the penultimate GP of the season.

It didn’t help that because of yesterday’s Qualifying we started the race so far back. I did have a good start and gained places in the opening two corners, but then was on the outside of Remy [Gardner] in Turn 3 and had to avoid him, then so many people came past me. I was then 18th and had to take the long lap penalty. It was super difficult, but once I got into my rhythm I was able to overtake people. I got stuck behind [Thomas] Luthi for too long and lost about five seconds. Once I was clear I was able to have the same pace as those in seventh and eighth. We just need to have some luck in Qualifying to be on the front two rows and show our true potential. Not happy with the race but happy with the feeling of the bike.

I’m really disappointed with the weekend because we expected a lot. We started well on Friday, but then we struggled a little with the conditions yesterday. We went with the soft front tyre today because we were thinking that it was the best option. However the temperatures were higher than we thought and I don’t think it was the best choice. I did my best on the first lap and was able to overtake several riders, but on the third or fourth lap I was already losing the front. Later on in Turn 10 I nearly crashed, but came back again. However I was on the limit until I crashed. I’m really sorry for crashing because we were fighting for good positions and were making good lap time. We need to learn from this and go for it in the final two races of the year.