Sensational 3rd place for Bastianini at #EmiliaRomagnaGP, 9th for Marini 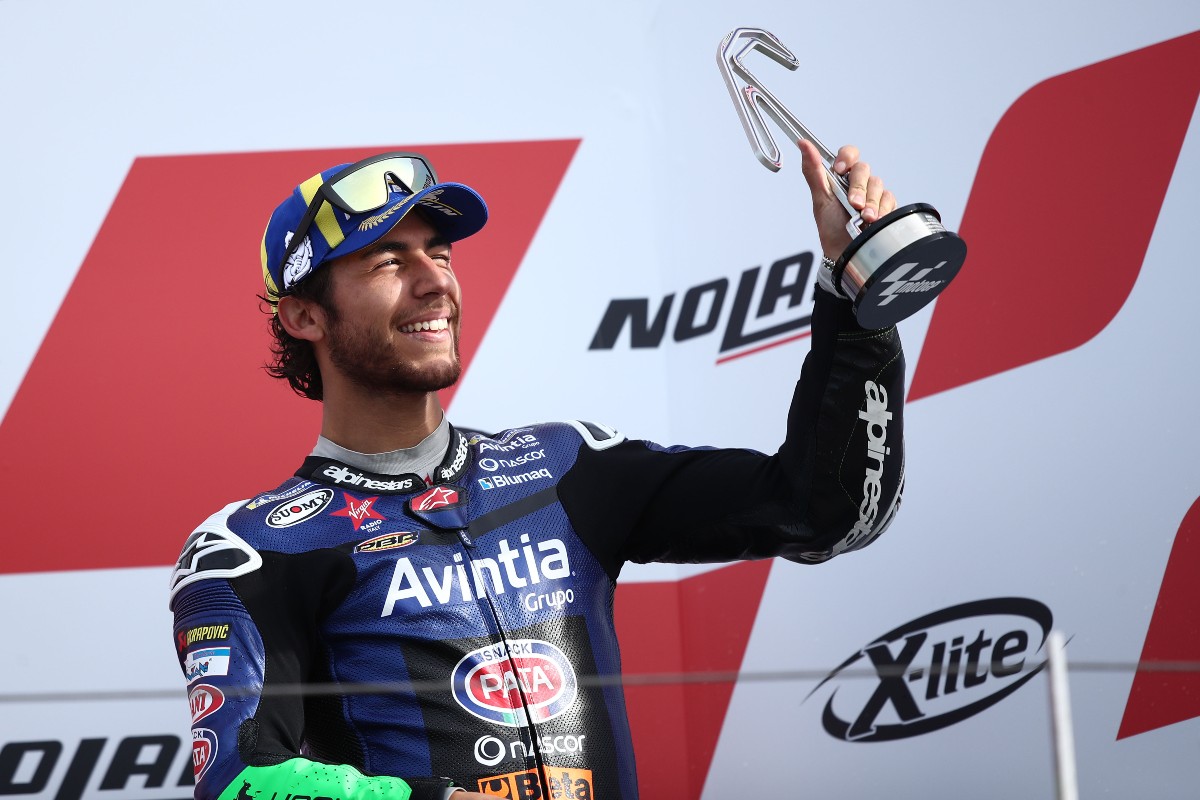 Enea Bastianini did it again. The Italian, who started 16th after yesterday’s qualifying, made a remarkable comeback, which allowed him to cross the finish line in an excellent 3rd position. With this result, Bastianini has taken his second podium in the premier class, after the one he achieved at Misano circuit in the last San Marino Grand Prix.

Luca Marini achieved another great result, 9th in his home Grand Prix. The Sky VR46 Avintia rider got a good pace throughout the race, which allowed him to finish inside the top 10 and score 7 more points after a very complete weekend for him.

After a very positive Grand Prix for the team, Enea Bastianini and Luca Marini will head to the Algarve International Circuit, where the Grande Prémio do Algarve, the penultimate round of the season, will take place in two weeks’ time.

Until Saturday, it was a terrible weekend for me. I was not happy with Friday and Saturday, especially FP4 and qualifying, where I had too many crashes. This morning, I started to find the right feeling and I managed to go fast without going to the limit. From the first lap, I felt comfortable and I had enough pace to be able to move up and gain positions. It was an unexpected result, but it’s great to repeat this third position in Misano. I want to congratulate Quartararo for the title.

I can’t be completely satisfied with today’s result, even though we finished in the top 10 and made a big step forward compared to Misano 1. It was a weekend and a race where we won a lot of experience in the group and understood exactly where we need to improve with the whole team. We are on a good growth trend, we have to keep it up for the next two races and aim for another step forward. It was a great GP for the team, for Ducati, for VR46 and Vale. I followed the pace of the strongest group from free practice to today.

#EmiliaRomagnaGP
Get All Our Latest News Sent Direct To Your Inbox
Join 30,271 other subscribers.
Follow on Social Media
Get the VROOM Podcast