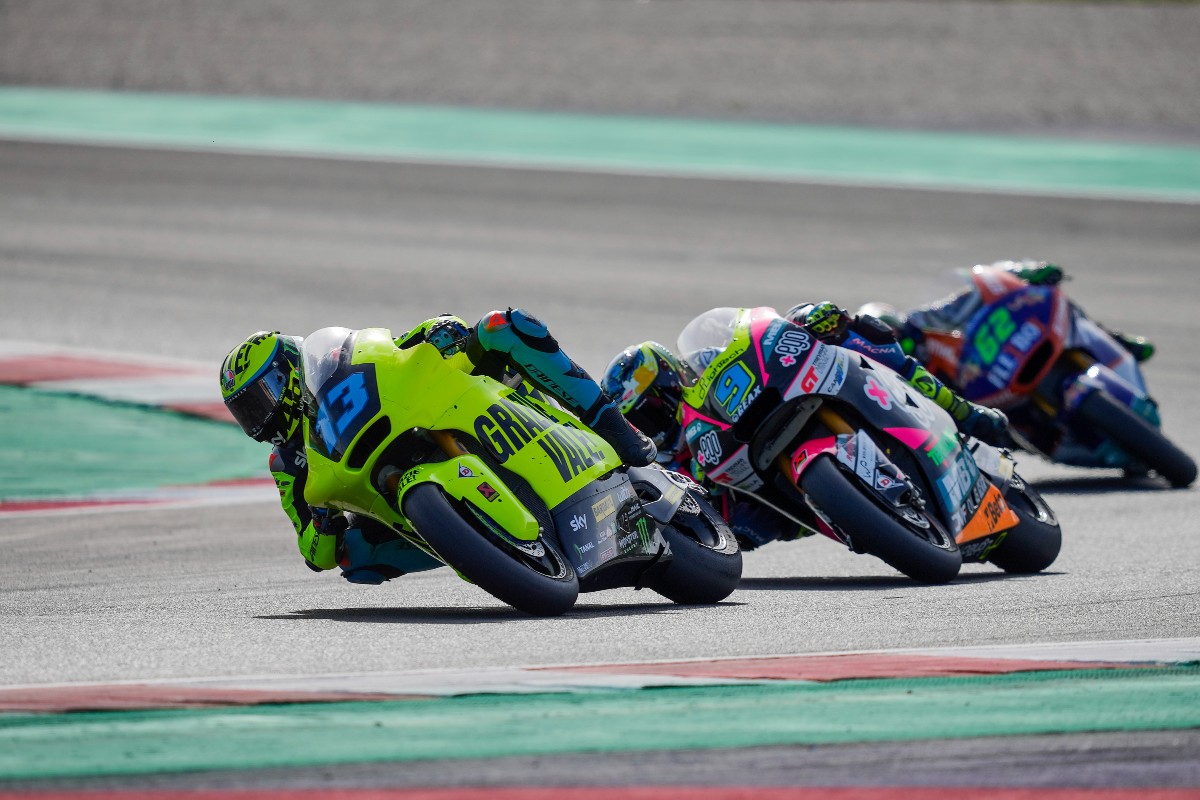 A beautiful Sunday for Celestino Vietti and the Sky Racing Team VR46 at the Home GP closed with a final fourth place.

On the track with the special yellow livery dedicated to Valentino Rossi, Celestino, who started from the second row, immediately took the pace of the fastest group, fighting for the third step of the podium until the chequered flag.

Marco Bezzecchi instead was forced to retire due to a crash. Started from the P24, during the 23rd lap, he lost the front when he was in P7 and confirmed the third place in the general standings with 206 points.

I am really very happy, then in Misano, at the Home GP and with the livery for Vale! We did a great job with the whole Team, yesterday the guys rebuilt the bike after the crash. I had the same feeling I was looking for, I did a good qualifying and I fought for the podium until the end. I am happy, but we continue to work for another step forward. Let’s enjoy the moment but stay focused.

Not an easy moment: the grid position didn’t help me, but I had a great pace and I recovered positions. I was riding at the same pace as the strongest guys and I was moving up the rankings. It was a strange crash: I lost the front, but I don’t know exactly how. A great pity.