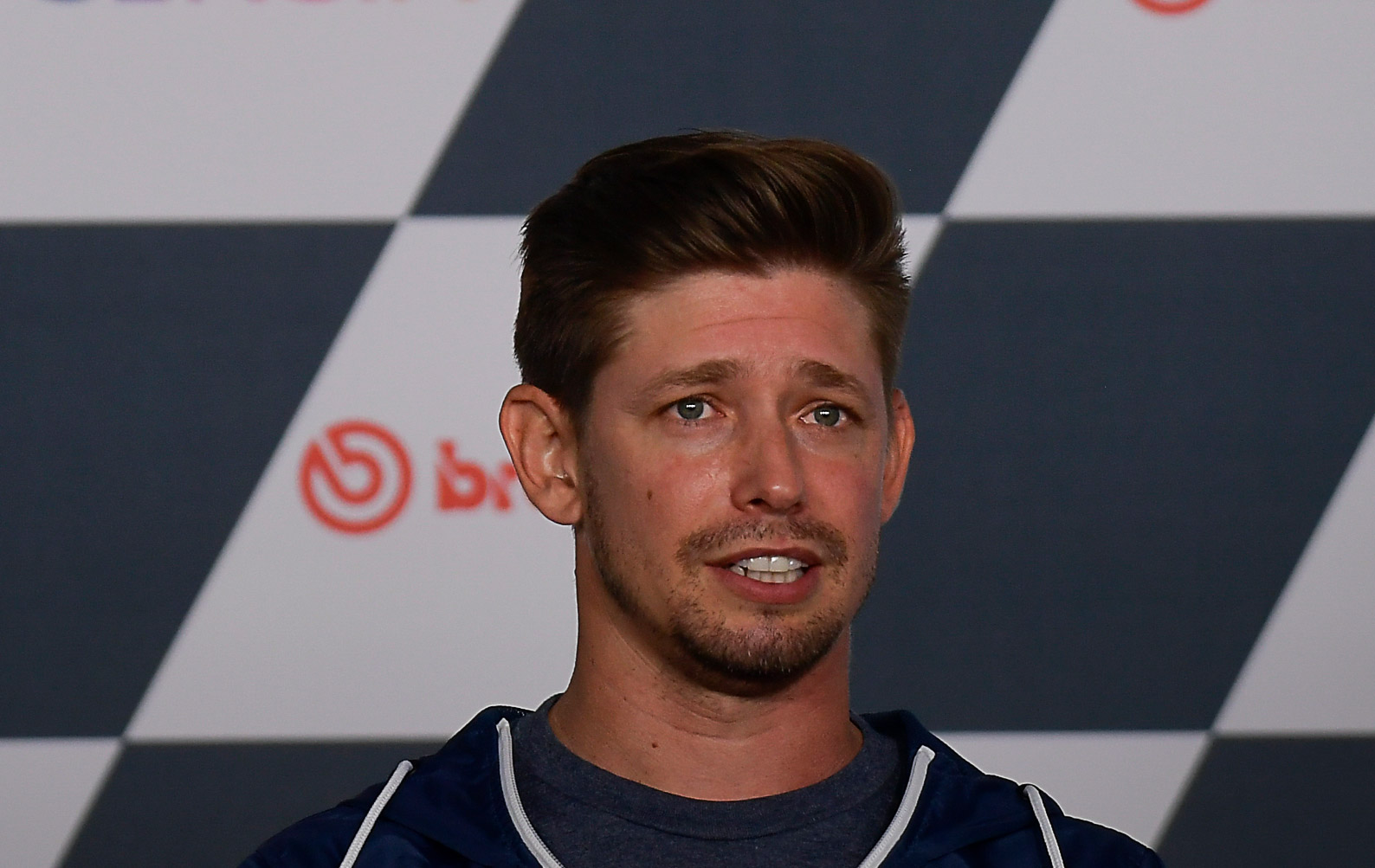 MotoGP™ Legend Casey Stoner is back in the house! The Australian is attending the Grande Premio Brembo do Algarve and on Friday, he sat down for a one-off Press Conference to answer a few questions from the media.

Here are some key quotes before the questions from the floor. To watch the whole Press Conference, head to the following link on motogp.com.

Why now?
Casey Stoner: “It’s been a strange. It’s been three and a half years! I believe it was Mugello 2018 the last time I was in the paddock. So it’s been far too long. You know, this was my whole world, I suppose. For a lot of years, everyone we knew… everything. And a lot of people, you know, in this paddock are family and friends, so it’s, it’s been far too long. And you know, we’ve missed everyone to be honest. So yeah, it’s been fantastic. We tried to come over last year, we had plans. And then of course, COVID hit, but it was fantastic MotoGP was able to run at all.

“Then this year, of course, everybody learned how to get through the situation a bit better. And Australia just recently opened up so we thought we’d come over and try and, you know, talk to some people one on one, and, and make some connections again that I suppose lost over the last few years.”

Thoughts on 2021?
CS27: “It’s been incredibly interesting. You know, in terms of diversity of brands on the podium and riders and everything, it’s kind of, you know, day by day, weekend by weekend, it’s plucking the podium out of a hat, there’s sort no form guide, I suppose. over the last two years. But especially this year, when people that you’re expecting to be at the front all of a sudden they’re struggling, and then other people you really didn’t expect to be there will go off and disappear and win a race.

“So it was difficult and almost a little confusing to to watch it this year, just to see some of the results that were happening. And like I said it was it was very unexpected. So in terms of, you know, watching it, it was fantastic. I’d personally like to see a little more consistency from some riders, but at the same time, I guess the current format gives some riders that generally maybe wouldn’t be at the front, some confidence over certain weekends to then go and achieve something that you know in the past wouldn’t be possible.”

Are Ducati on the brink of taking a World Championship again?
CS27: “For a long time now they’ve been close to having, you know, the complete package and getting the job done. But unfortunately, you know, it’s again, which Ducati rider is going to be fast on which weekend. We need to see a little bit more consistency, maybe a bike that  is going to suit all the tracks. We’ve always had that issue, all the manufacturers have good tracks and bad tracks. But yeah, certain styles and certain circuits that does seem to struggle with. So they just need to create a little bit more consistency and a little bit, let’s say, easier package at certain times. But they’ve always been very, very close.

“I think you know, if everything sort of swings their way yes, they can win a Championship. But when you’ve got Yamaha that’s producing a great package year after year and I mean what a year Yamaha has had across a whole lot of different forms of motorsport this year. So they’re constantly putting out a package that is very, very difficult to beat. You’ve got Marquez that when you know he’s fit and healthy, on the Honda. They’re very difficult to beat. So, you know, it makes it tough for them. It’s not just throw some bikes out on track with a rider on it, you need that whole package to work together. And that can sometimes be difficult.”

Does he get itchy feet since retirement?
CS27: “The only times I’d have it is probably around qualifying. I quite honestly didn’t ever enjoy race day that much. Sometimes it was nice and easy and everything went well. But it was so… you know, when you’re on the edge of these things, it’s so easy to make those mistakes. So I constantly had that, unfortunately, it was just part of my personality that I didn’t want to make mistakes. It’s not that I just wanted to go out there and ride, you know, comfortably and naturally, it was like, ‘I don’t want to mess up’. Because I’ve got a whole team of people that are expecting something out of me. So I learned to deal with that better in my later years and didn’t have to worry about that as much. But I don’t really get the wish or want to race again.

“I did enjoy practice and qualifying, especially on the weekends. Certainly not testing. But Practice and Qualifying was always fun when everything would come together. And then you just got to go as hard as fast as you possibly could for a lap or two. When you got everything right, I got way more of a thrill out of that than I ever did winning a race. Because in the races, you never went as hard as you could, you always had to manage tyres, fuel… you’re always managing the situation, and you look like a fool if you go and try and go as hard as you can and crash. So there was always a an element of holding back, whereas qualifying a lot of the time you got to let loose. And you know, that was a lot of fun.”

On Valentino Rossi and their rivalry:
CS27: “If Valentino was still loving his racing, then, you know, there’s, there’s no reason not to race. I myself wouldn’t be able to do it. Because you know, for me, racing was winning. I still accepted the fact that I couldn’t win sometimes, but at the same time, the reason I got up in the morning to race was to win. And so I really would struggle to not be running competitively at the front, and I’ve missed Valentino at the front. I think the last, you know, two, three years, I would have loved to seen him battling it out with the guys. I think the racing could have been incredible with that. Like it was in the season before.

“You know, me and Valentino have had some amazing battles, we had a fantastic rivalry. Some good points and bad points, some things went my way and other things really didn’t. But there was one thing that, you know, was fantastic about racing Valentino, and it’s that I got to learn from him, whether it was on track or off the track with his media. He was always very savvy, and very clever, very cunning. So I got to learn a heck of a lot. And I think also, my achievements in my career were validated all the more having raced against him in his era.”

#AlgarveGP, casey stoner
Get All Our Latest News Sent Direct To Your Inbox
Join 30,246 other subscribers.
Follow on Social Media
Get the VROOM Podcast