7th and 9th in #AlgarveGP qualifying for Quartararo and Morbidelli 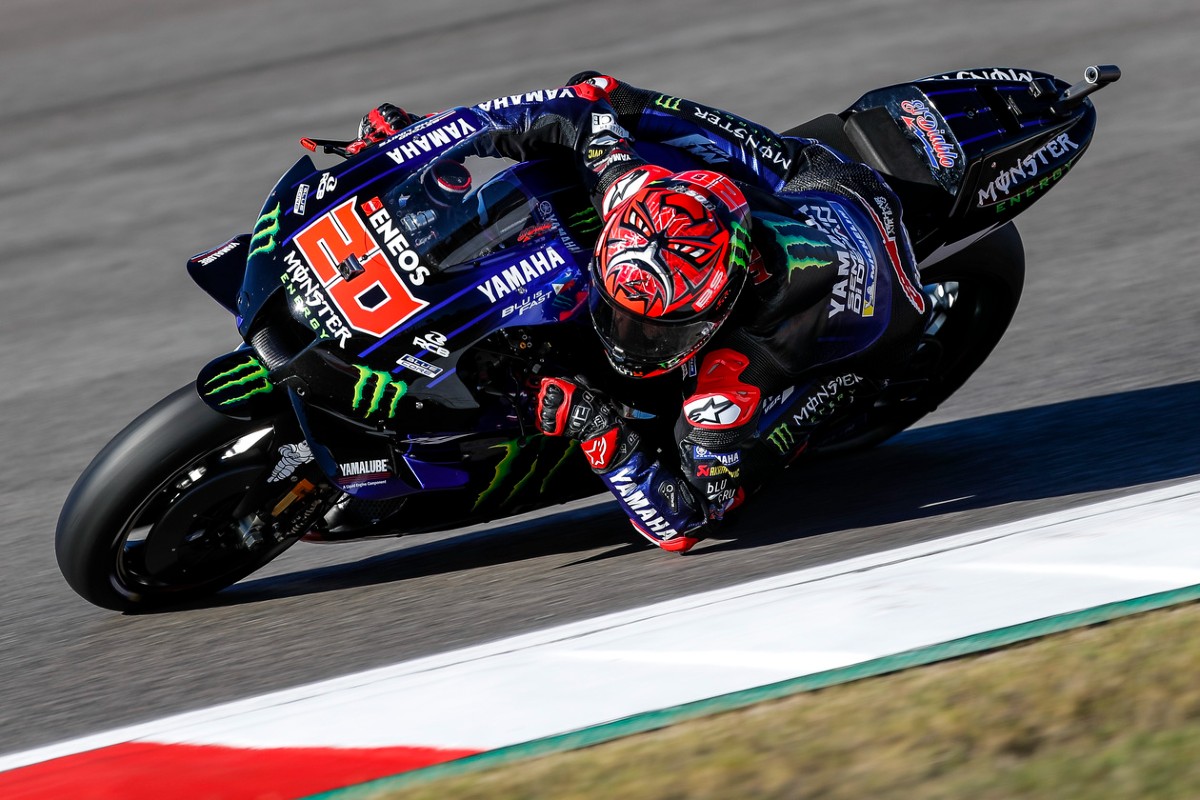 Monster Energy Yamaha MotoGP‘s Fabio Quartararo and Franco Morbidelli were keen to make the most of the 15-minute Q2 session of the Grande Prémio do Algarve, but although they pushed to the limit, they missed out on the second row. They will start the race from seventh and ninth place respectively.

Quartararo let the majority of the other Q2 riders exit pit lane ahead of him. His benchmark lap briefly put him in third, and his second attempt, a 1‘39.057s, again earned him the same provisional spot on the front row. However, due to yellow flags in Sector 4, the time was cancelled, and he was relegated to ninth as he returned to the pits with more than six and a half minutes remaining.

Two minutes later, the 2021 MotoGP World Champion started his second run. He moved up to seventh and had time for one more try. He set three personal best sectors and a red second sector, clocking a 1‘39.131s, but stayed in seventh place, 0.406s from first.

Morbidelli was the first rider to head out in Q2. He used two laps to really get heat into his tyres and then moved up to sixth place on his second flyer. The Italian hurried back to pit lane whilst holding seventh in the provisional rankings.

With four minutes left on the clock, the number-21 rider returned on track. He was hoping to move further up the order but wasn‘t able to improve on his best time thus far, a 1‘39.321s. That lap kept him in ninth place, 0.596s from the top, on the third row of the grid.

It was not an easy day. The afternoon was quite tricky. We didn’t find our way like we did yesterday. The feeling was not great, and I expected much better from FP4 with the hard tyre. But my feeling was not as good as I expected, and we modified the set-up a bit. We need to find something for tomorrow. Of course, we will go back to the normal base setting and try to make our pace like it was in the past. We have the warm-up tomorrow to confirm everything. If we find our pace with the medium tyre, we can do a great race. We need to work on that tomorrow.

I’m happy about today because we made a step compared to yesterday. We were much closer to the top, and we did it on a day that our rivals were very strong. We are closer to Fabio, who is always the best Yamaha. I’m happy about that, and it has been a good day for me.