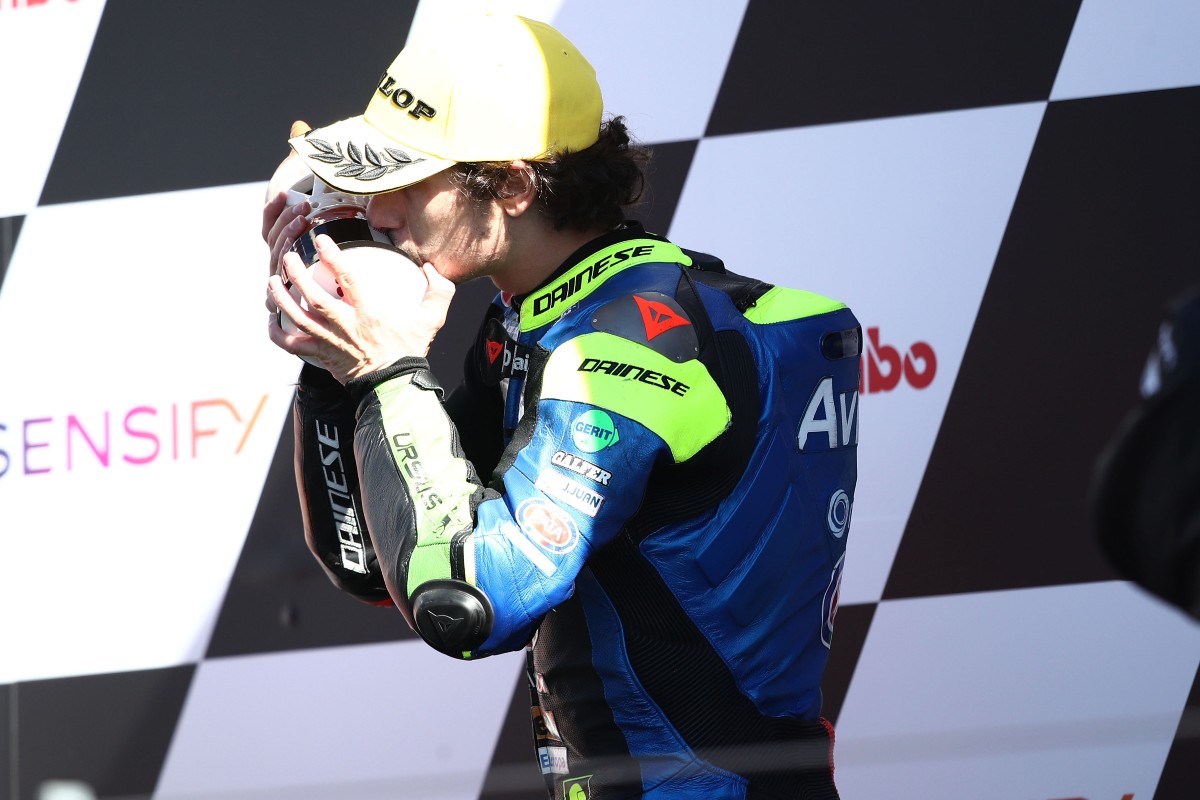 Niccolò Antonelli was on the podium for the fourth time this season. The Italian, who started from the third row of the grid, completed a chaotic race in a very intelligent way. On the last lap, benefiting from a multiple crash in front of him, Antonelli launched a final attack that allowed him to take the third step of the podium.

For his part, Carlos Tatay made a great comeback from 26th position. The Valencian rider confirmed this morning in the warm up the good feelings after finishing 6th and, in the race, he was able to recover 14 positions to cross the finish line 12th.

After a very positive Sunday, the Avintia Esponsorama Moto3 and the Avintia VR46 Academy will head to the Circuito Ricardo Tormo, where the final round of the season will be held in a week’s time.

It was a spectacular race and at the same time very crazy. On the last lap I was off the podium, but there was a crash in front of me and I was in a good position that allowed me to overtake several riders. I am very happy with this 3rd position because it has been a weekend that we have suffered a lot with the bike, so we are satisfied with this result.

It was a good weekend and I felt good on the bike. Yesterday’s qualifying was a pity, but in the race we had a good start and I got a very positive position. Now it’s time to think about the last race, it will be my home Grand Prix and I will try to enjoy it in front of my home fans and get a good result.