Bastianini and Marini 9th and 12th in #AlgarveGP 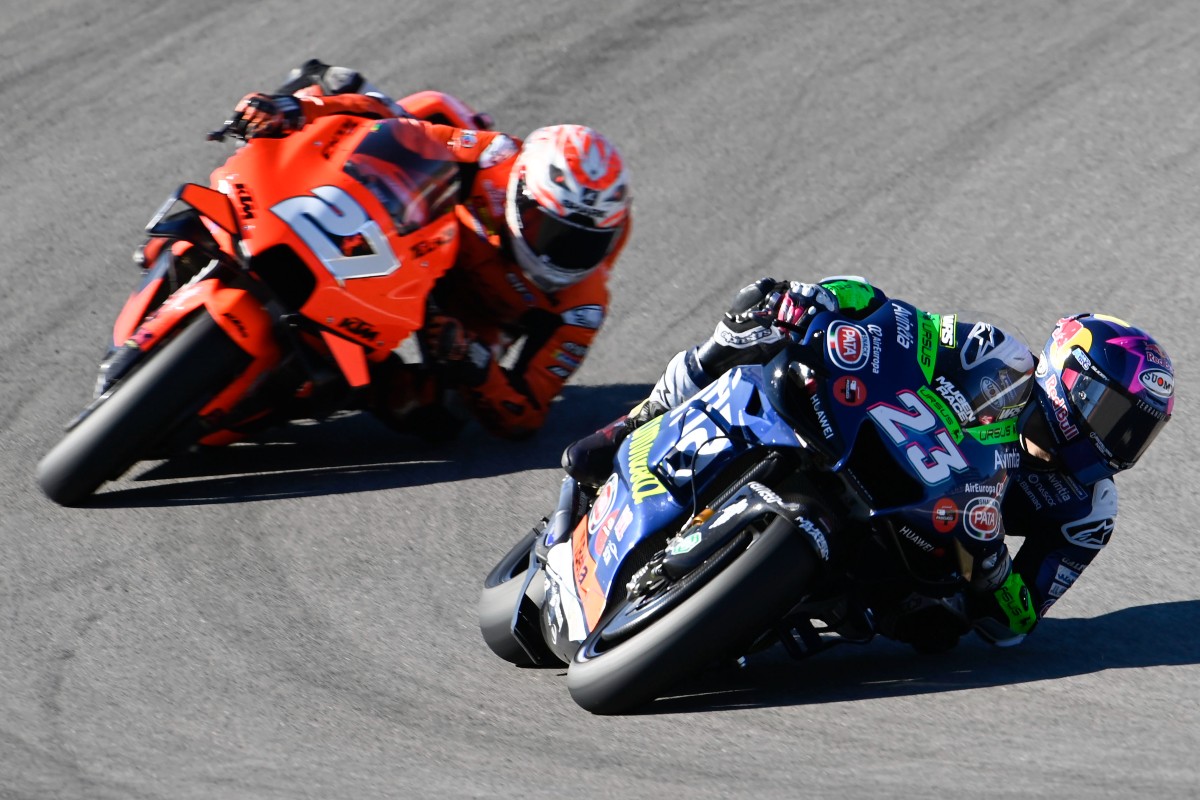 The race ended early due to a red flag with two laps to go, caused by a crash between Oliveira and Lecuona. Fortunately, both riders escaped the incident without serious consequences.

Enea Bastianini once again put in a great performance, where he was able to take 9th position after starting 13th. The Avintia Esponsorama Racing rider crossed the finish line in the top 10 again after a weekend where he has gone from less to more.

Luca Marini was 12th. The Italian had a difficult start, losing several positions in the early stages of the race. Despite this, Marini was able to impose a good pace that allowed him to reach the end of the race in the points zone.

Avintia Esponsorama Racing and Sky VR46 Avintia will now head to the Circuito Ricardo Tormo , where the final round of the season will be held in a week’s time.

It was a good race. I lost a few positions at the start, but then, step by step, I had a good pace which allowed me to come back. I’m happy with 9th position, because it was a difficult weekend in general. Next week in Valencia we will try to finish the season with a good result.

The start compromised our race. It is our weak point and, at a certain point in the championship, everyone made a big step forward in this aspect, while we didn’t. I lost a lot of positions in the first corner and then I started to go fast. I’m glad I chose the hard front tyre, I had a lot of confidence, but it was difficult to overtake. We will work on it to improve next season.