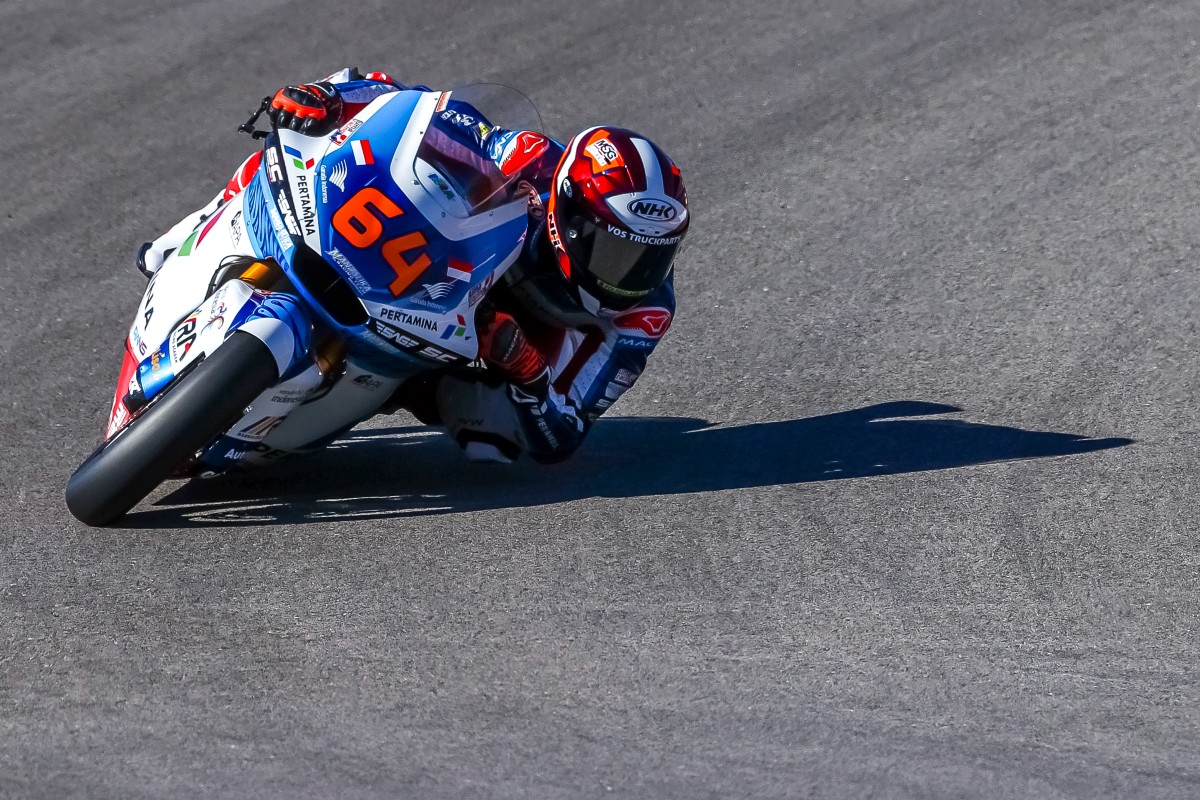 The penultimate race of the season was held this Sunday at the Grande Prémio Brembo do Algarve. Bo Bendsneyder finished fifteenth, adding new points to the standings. Tom Lüthi was 19th after struggling to score until the end, while Piotr Biesiekirski was 25th.

Tom Lüthi, who started from twenty-fourth, did not have the best start and lost some positions. The Swiss rider began to recover positions until fighting for the points with his teammate Bendsneyder. After a constant climbing, Lüthi did not feel good with the rear tyre and, despite trying until the end, he was nineteenth.

Bo Bendsneyder made a great start that allowed him to regain positions from the start. The Pertamina Mandalika SAG Team rider fought the best possible feeling throughout the race until he reached the points positions in a race in which the choice of tires was the key. The Dutch rider crossed the finish line in fifteenth position.

Piotr Biesiekirski climbed up positions in the opening laps after starting from the back of the starting grid. The Polish rider, who is contesting this Grand Prix as a wildcard (and will also do so next weekend in Valencia) rode alone until he finished 25th.

Next week, the last race of the season will be held, during the Gran Premio Motul de la Comunitat Valenciana, from November 11 to 14.

Like I said yesterday, we need to understand which direction and which changes we need to do. The guys did an amazing job, we worked a lot to try to understand what we need. We made a good step in the warm up. The most positive part is that we were quite strong with the hard rear tyre. Some of them were with the soft one and I think it was bad for them because no one did a race distance with the soft and even they destroyed the tyre. That’s why we chose the hard one and finally it paid off. I was consistent although I need to find a bit more speed to fight in front but like I said had to came from really far. I made a good start and good first laps. We take this positive feeling for next year and also the test of next year in this circuit. Thanks to the team, I’m really looking forward to the next race in Valencia.

It’s been a weekend to forget for me. Unfortunately, we didn’t find any pace. We tried the soft rear tyre but the tyre was quite destroyed due to low temperature. Then in the race the temperature raised a lot, about 30 degrees on the track so we though that it would be good for the soft tyre. It was not like this. After five or six laps I started to have some problems. I tried my best to finish the race but the vibrations were even quite big even on the straight because the tyre wasn’t balanced. I tried to stand up on the bike, it was not funny to ride. Now we try to get some energy for the last weekend for me in Valencia.

It was a difficult weekend, as was the race. With the new tyres I was fine but then, from the middle of the race, I was very unstable. It was difficult for me to make up for the lack of grip with the movements of the bike. After ten or fifteen laps the bike was vibrating a lot and I couldn’t lean as far as possible. I am very happy with the team’s work and all their support. It has been three difficult days, but we continue working and already focused on Valencia. We can do very good things together.