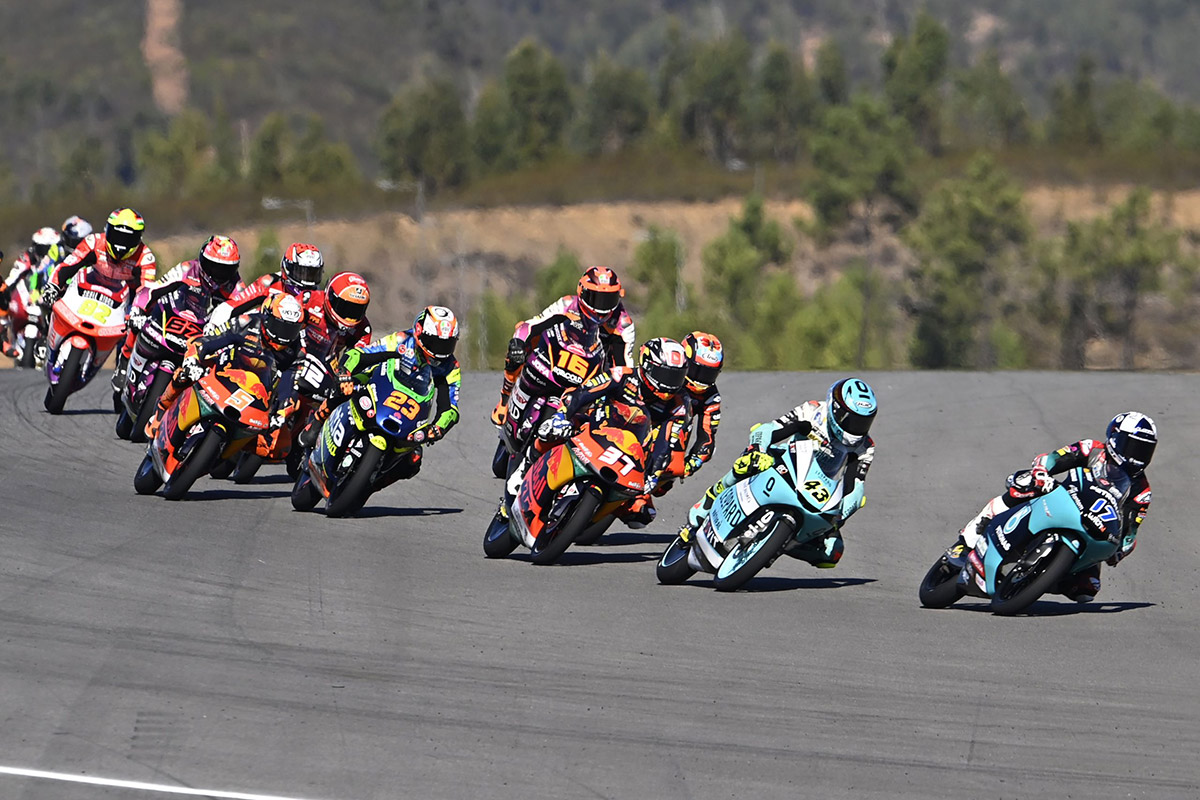 It proved to be a difficult day at the office for PETRONAS Sprinta Racing, with Darryn Binder disqualified from the Grande Prémio do Algarve for a last lap incident, while a crash for John McPhee brought his Moto3 race to an early end.

Binder was able to gain two places off the line, moving into fifth by the end of the first lap, and moved into second one lap later. A fierce fight for the podium places ensued, that lasted until the final stages of the race. With three laps to go the South African was forced to avoid another rider’s incident, which dropped him to eighth, but was able to recover to fourth. However, he was disqualified from the race after an incident on the final lap. Darryn is now seventh in the World Championship with 136 points.

McPhee entered the first corner third, having started the race from second, and dropped to seventh in the opening laps, but was able to stay with the lead group for a time. However, a gap started to form and in the process of pushing hard to close the leading riders down the Scot lost the front end going into Turn 13. This unfortunately brought his race to an early end on the fifth lap. With 72 championship points, McPhee sits 14th in the riders’ standings.

There will be no rest for Binder and McPhee as they head straight to Spain for the final round of the season: the Gran Premio de la Comunitat Valenciana (12-14 November).

It was a disappointing way to finish a strong weekend. I’ve felt good every day and I was fast in the race, with a really good pace. I want to say sorry to the team for the crash, as it was my mistake and I had to ride above my limit. We were suffering in a straight line and we were losing too much time, it was really tough and I had to go over the limit to compensate. It’s disappointing but the speed was there, we had a good pace and we’ll keep our heads up as we go to Valencia. We know that we’re fast, we just need a little more when we’re in the group to be able to fight in the long straights and I’m looking forward to Valencia. Hats off to Pedro [Acosta]; to be a rookie and perform the way he has is impressive, so congratulations.

I just want to apologise. I was trying to overtake [Sergio] Garcia, was braking and suddenly saw [Dennis] Foggia in front of me. I had nowhere to go. I’m really sorry to him, his team and Garcia for the crash. Obviously it’s the last thing I wanted to happen, especially with Dennis fighting for a championship title, and was definitely not my intention. Again I just want to apologise to everyone involved.