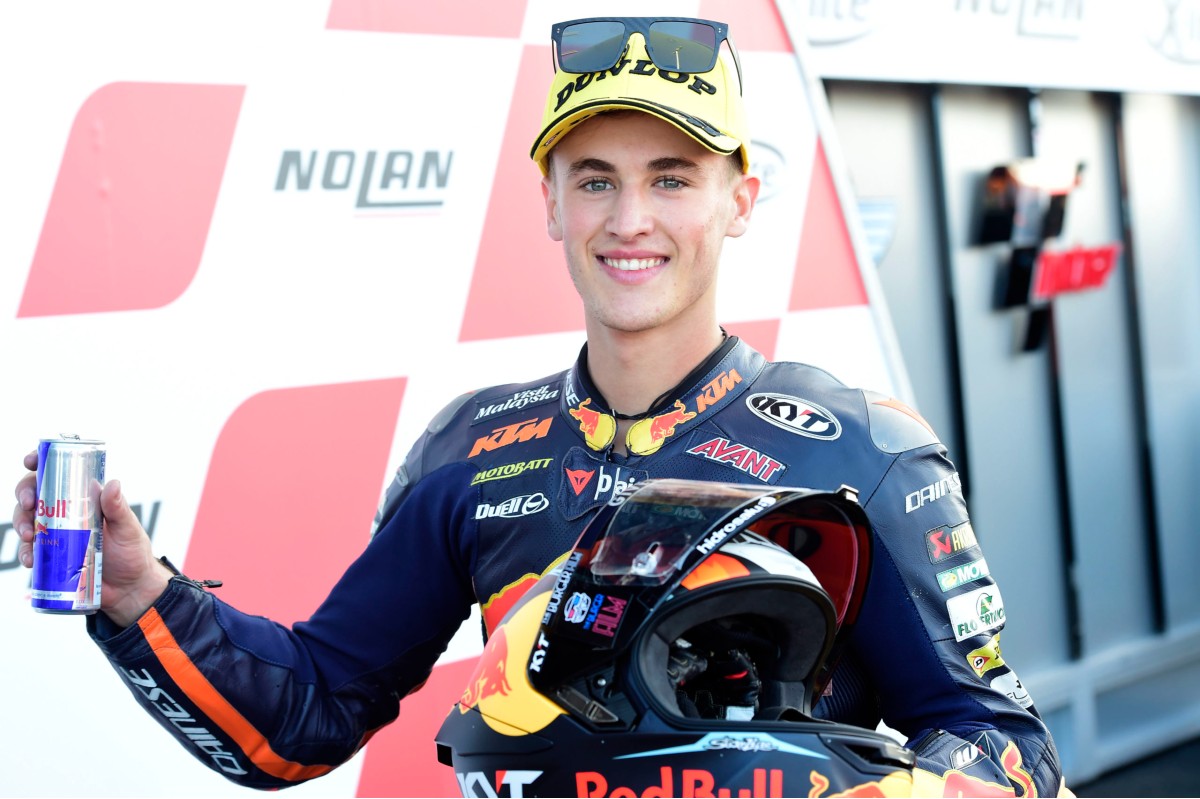 After the success achieved this season, the KTM GP Academy continues to grow. In 2022, Red Bull KTM Ajo line-up will once again feature rider Jaume Masia, accompanied by new addition Dani Holgado. In a joint decision it was agreed that Deniz Öncü and Adrian Fernandez will join the Red Bull KTM Tech3. A combination of experience, competitiveness, youth and talent assures the potential of the system next campaign.

In his first season with the team, Masia has proven to be highly competitive, placing on the podium three times – including a win at the opening round in Qatar. His results this year have taken him to a total of 4 victories, 6 podiums and 4 pole positions to date in his career. Holgado has been regarded as a future star of Spanish motorcycle racing, thanks to great performances in the Red Bull MotoGP Rookies Cup and the FIM Moto3 Junior World Championship, in which he is currently leading the overall standings.

The line-up for the KTM GP Academy for 2022 guarantees an exciting season. All partners involved agreed that this is the most effective organization by KTM GP Academy system in order to target best results possible for each KTM Factory Racing supported team and riders.

2021 has been a very good season for our teams and for the entire KTM GP Academy. We are happy to be part of this family and this system that we have created together with KTM and Red Bull, among other entities. We have seen how riders who have been trained in this structure have made the move up to MotoGP. In fact, next year the riders who will occupy the four KTM places in the premier class all come from this system.

We are excited about the 2022 season, as we will have some very good riders in our line-up. The four riders who will be part of the KTM GP Academy next year in the Moto3 category have proven to be very competitive. Jaume Masia and Deniz Öncü have already ridden for us, and have shown the potential they have. They now have the experience to enter into the title fight next year. The youngest riders, Dani Holgado and Adrian Fernandez, are the top talents of the future in the class, and on the world stage in general. Without a doubt, we are very excited and looking forward to starting work on the next campaign.

Get All Our Latest News Sent Direct To Your Inbox
Join 30,253 other subscribers.
Follow on Social Media
Get the VROOM Podcast