Sasaki takes 6th at #AlgarveGP – best result yet for Holgado 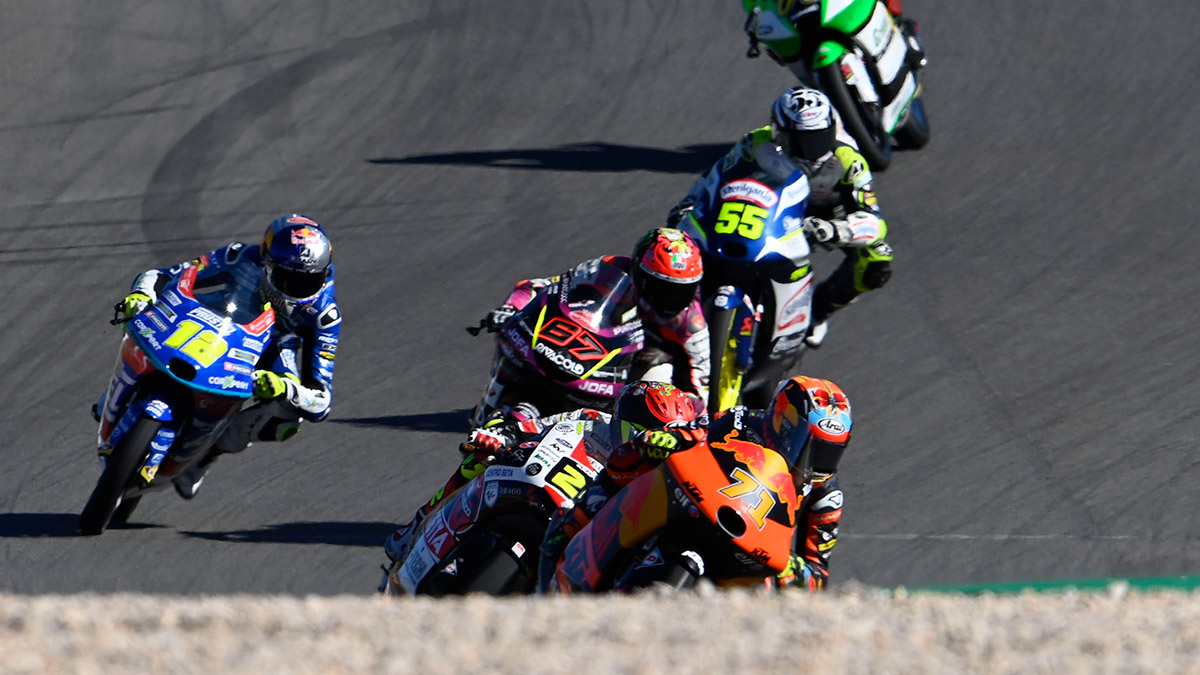 Red Bull KTM Tech3’s Ayumu Sasaki secured P10 for the starting grid of the penultimate round in 2021 at the Autodromo Internacional do Algarve and delivered a stunning race. The Japanese had some strong first laps, then executed a long lap penalty, he got on Friday to perfection to regroup within the top, but back on 17th position. Lap by lap, he caught up to the top, doing partly faster lap times than the front runners and was back in the top 10 around half time of the race. With strong final laps, Sasaki eventually managed to come out in sixth position.

At the same time, newcomer Daniel Holgado, who is replacing Deniz Öncü for the second time, started from P21. The Spanish youngster was fighting to keep this position until eight laps to go in the race, where he started to move further forward. He showed fantastic final laps and was in P16 with two laps on the board. On the final kilometers he made some more strong passes and was not just inside the points, but finished in P13 in what was just his third Grand Prix ever.

“I think it was a good race. My pace in the beginning was incredible. I felt good on the bike as well, I was fast and making the same lap times as in Qualifying, which was honestly a bit unexpected. But I was in a good rhythm. I did the long lap and tried not to make any mistake. Finally, it went well and I didn’t lose as much time as we have been expecting before. Then I tried to catch up and gained the positions lap by lap.”

“When I arrived to P8 the group in the end was a big mess. Everybody was so aggressive. I knew that some people are fighting for the championship. I think I had enough speed to be on the podium, but trying to pass and manage the situation is very difficult. I ended up P6, which is not the result I expected after 10 laps, but after the long lap, I’m happy to finish in the top 10 again. In the last race, we’ll have another chance, so hopefully, I can have another podium in Valencia.”

“It was an incredible race for me! It was difficult, but step by step and lap by lap I improved and felt better. My feeling with the bike and the team is great. I’m very happy with these two points and I want to thank my team for their amazing job! A huge thanks also to my family, my sponsors!”